No More Pacifier for Isabel | Day 2

Wednesday. Day 2 without a binky...
I did let her sleep with her binky last night. I was exhausted and I just couldn't honestly fathom making her sleep without her biggest source of comfort.
This morning, though, when she came downstairs, she still had her binky. I asked her to give it to me and after a slight pause, she reluctantly handed it over. I also took Azalea's and out it away. Wonder if I can tackle weaning them both off of the binky at the same time...
An hour or so (probably less if we're being honest) later, Isabel was screaming for it. I pulled out the box of frozen GoGurts and she was all about it.
We took the dogs for a walk and Isabel even brought along her little toy dog to walk next to the real dogs. Neither she or Azalea had a binky the whole time.
At around 2:30 in the afternoon, she began crying and begging for her binky. I could tell that she was exhausted and just needed a nap. I laid on my bed and pulled her on top of me and she cried herself to sleep there. She literally yelled "wah!" over and over again until she fell asleep. 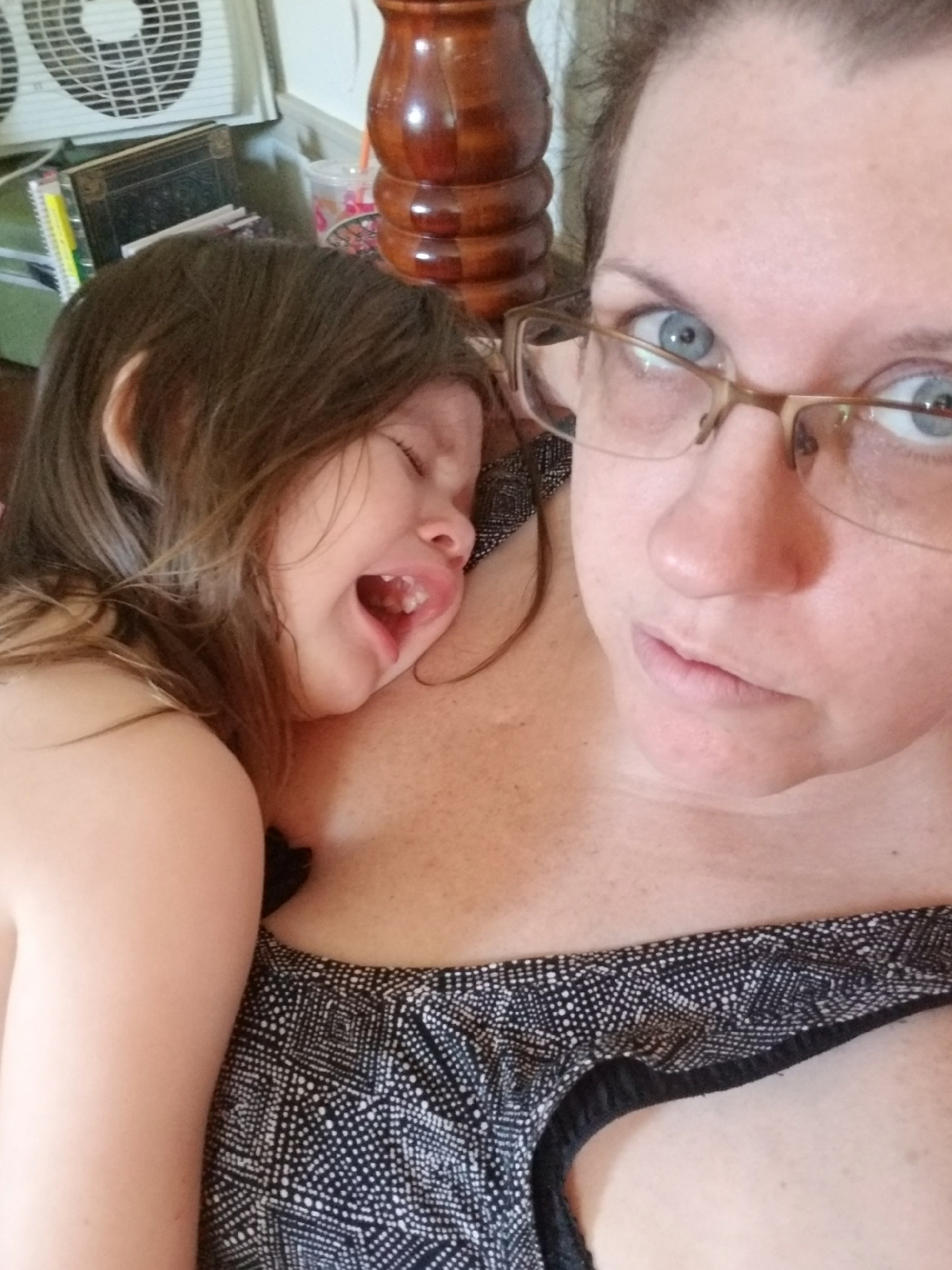 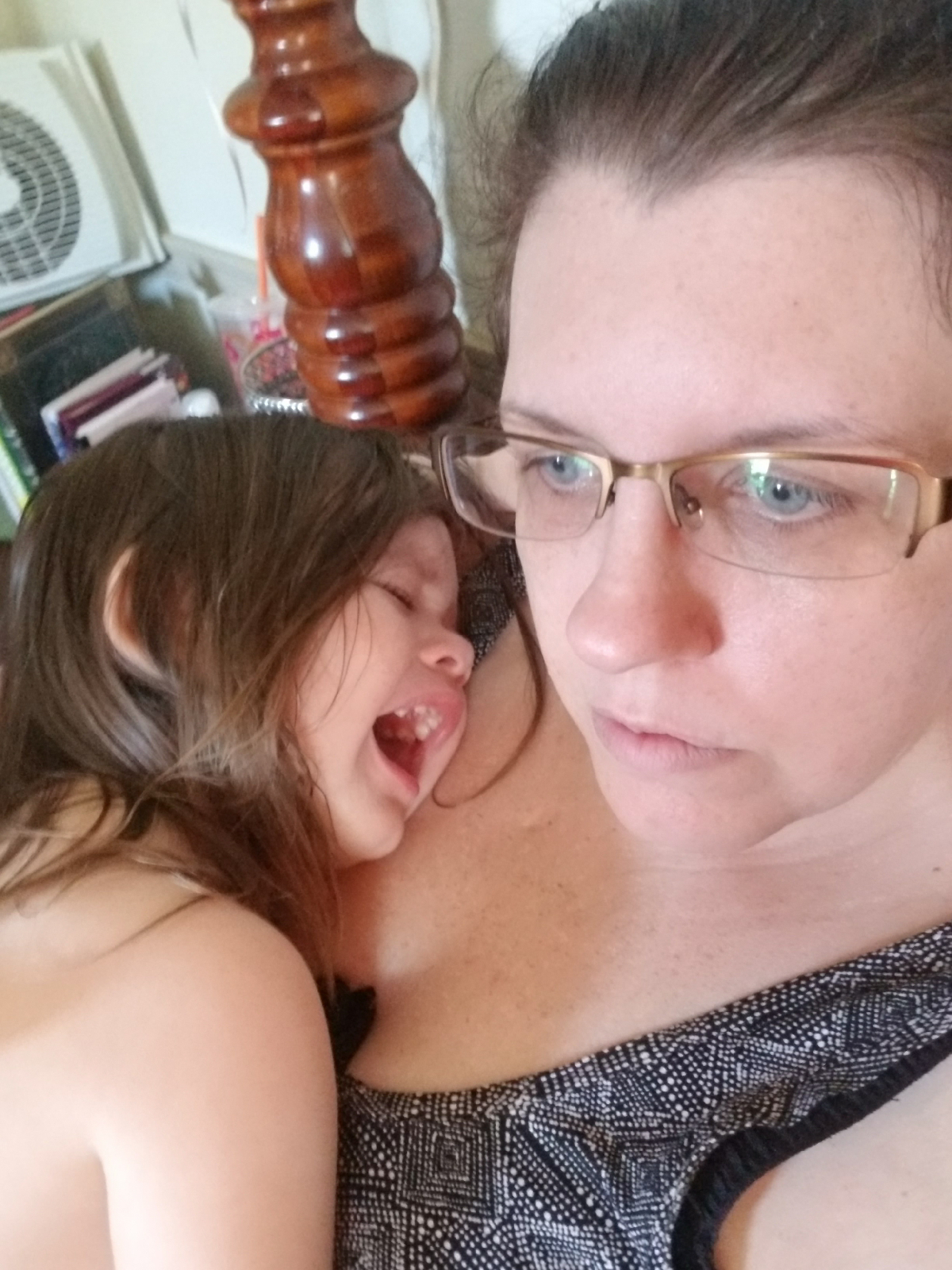 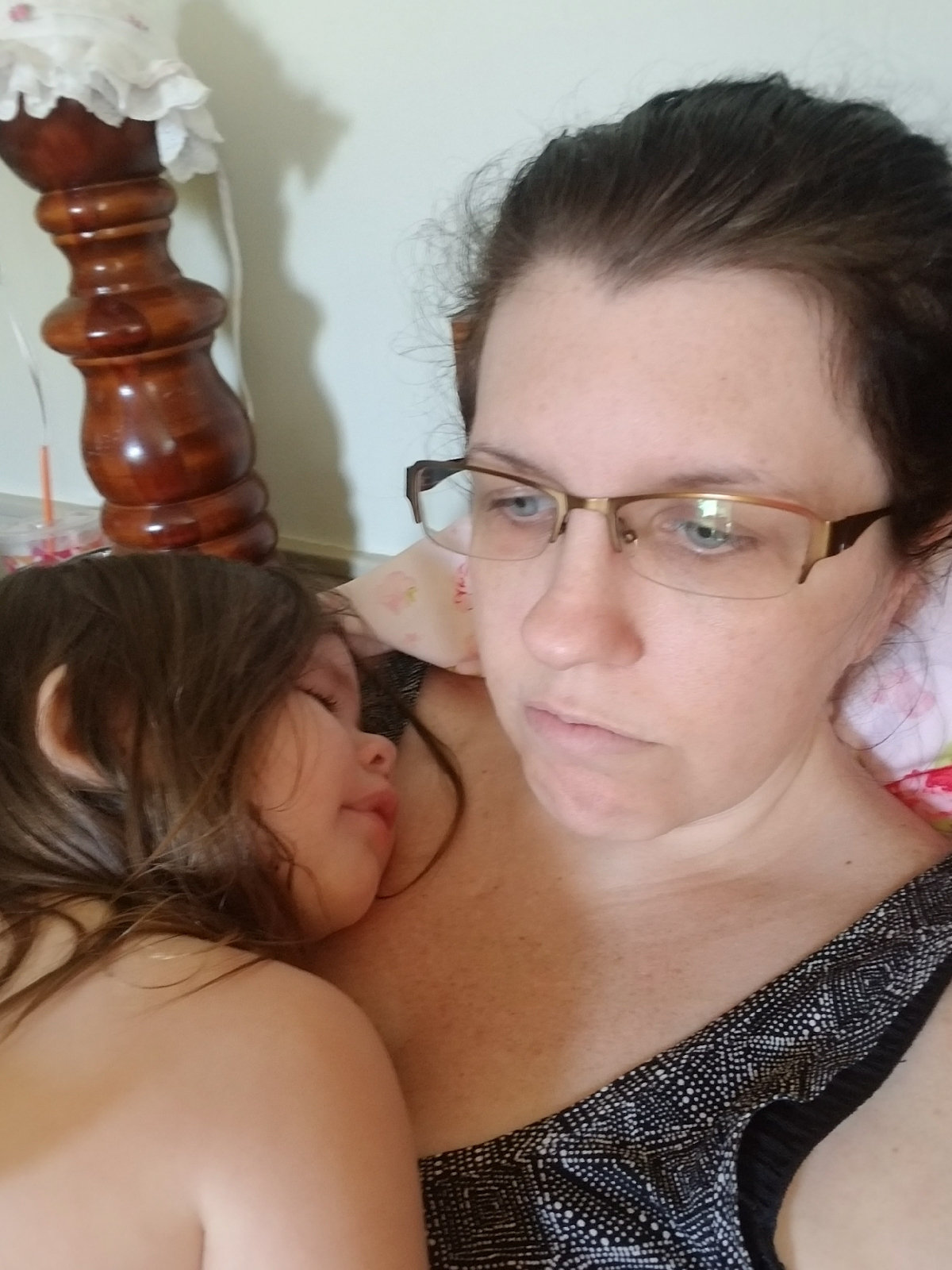 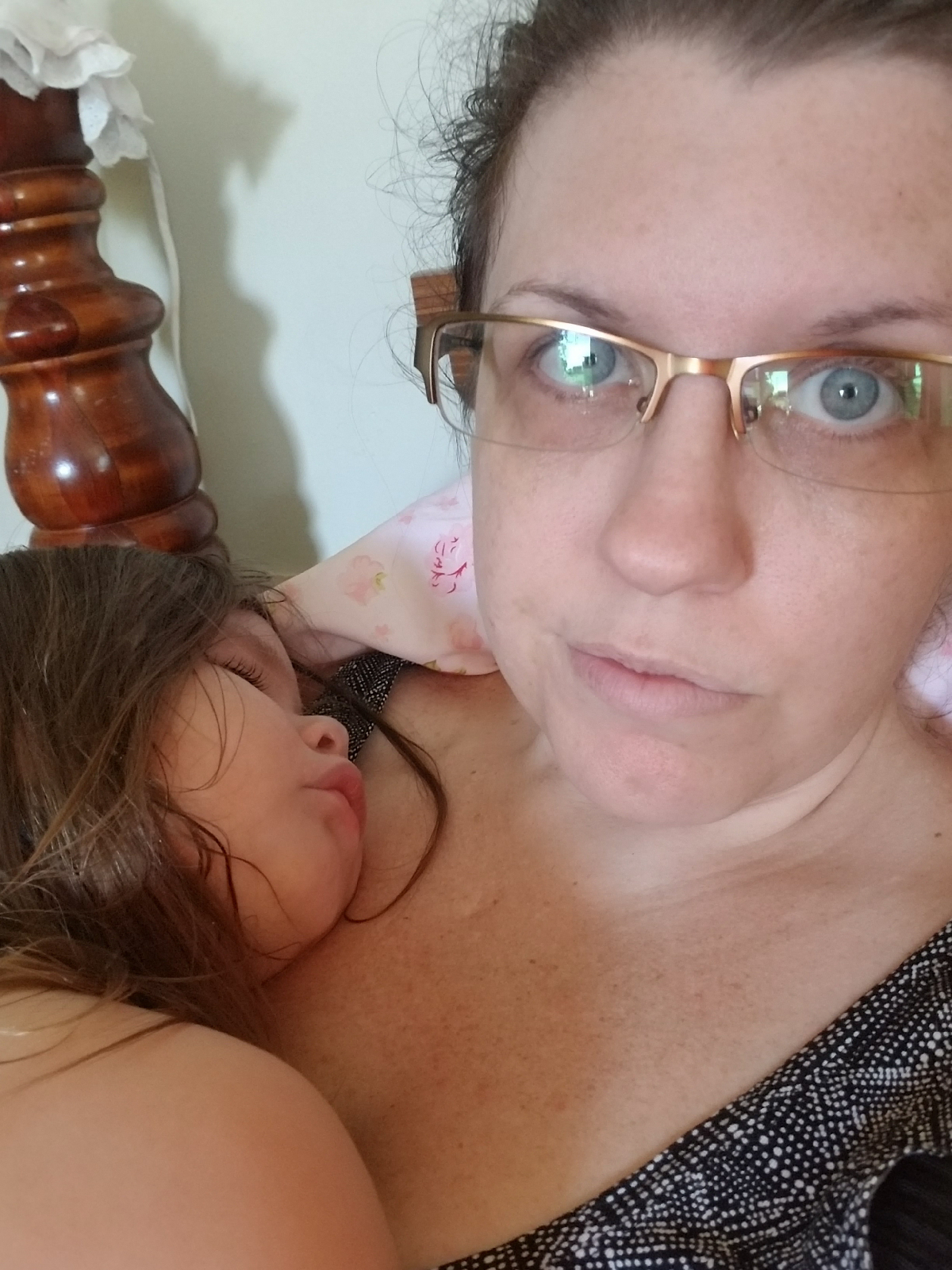 I had to get up in the middle of her nap to do some work and she woke up, too...and started crying for her binky. This is getting hard.
At one point, both Isabel and Azalea were having meltdowns at the same time.
I hope this works. Ugh...please don't let me cave and give it to her.... 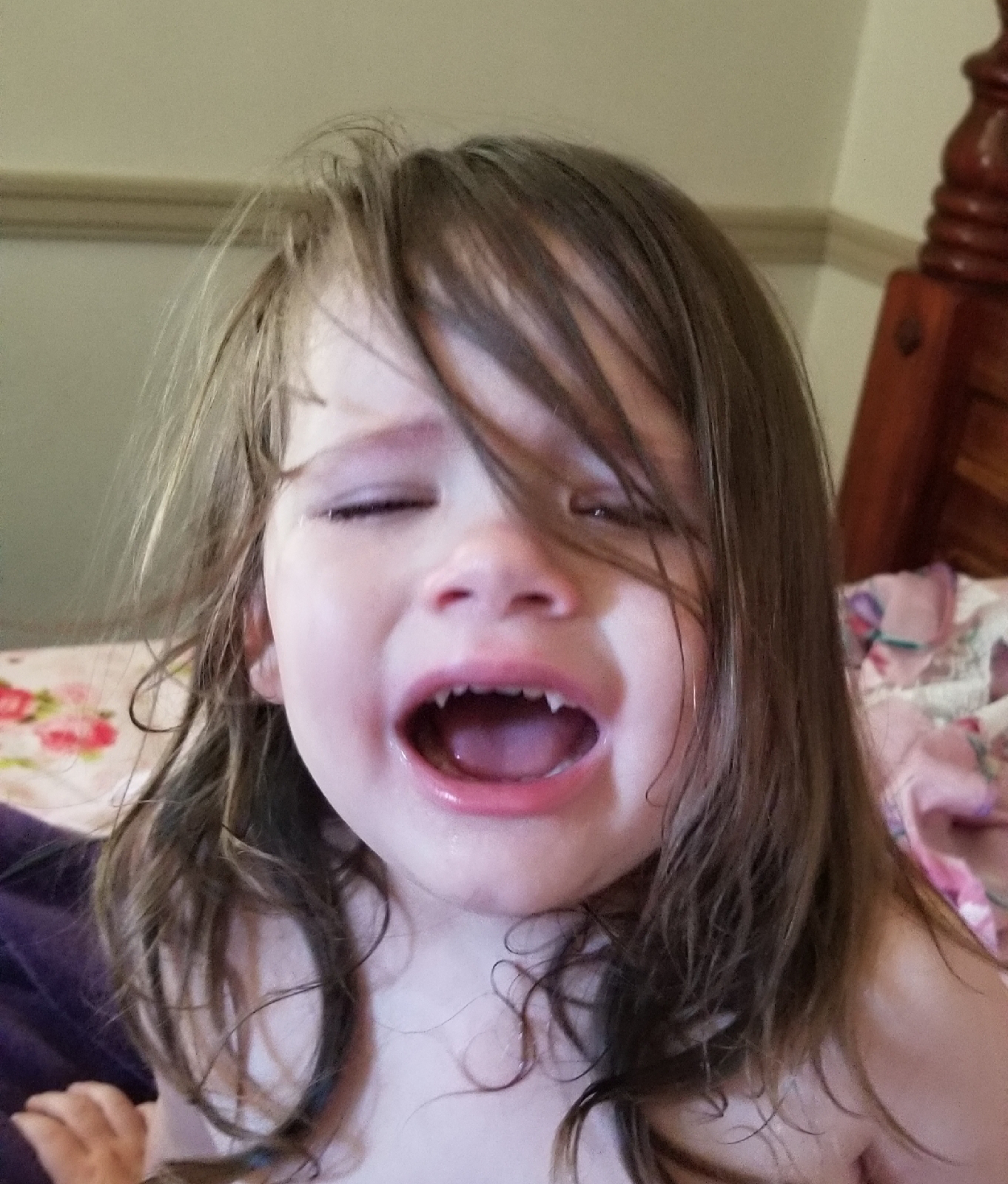 After what seemed like an eternity of crying, I pulled out the box of frozen GoGurts, which made them happy.
I hid in my room and spent some quality time with 2 Smores flavored Hostess cupcakes, which made me cry.

Azalea actually took a nap without her binky! Well, this has been an unexpected turn of events...
A few hours later.... 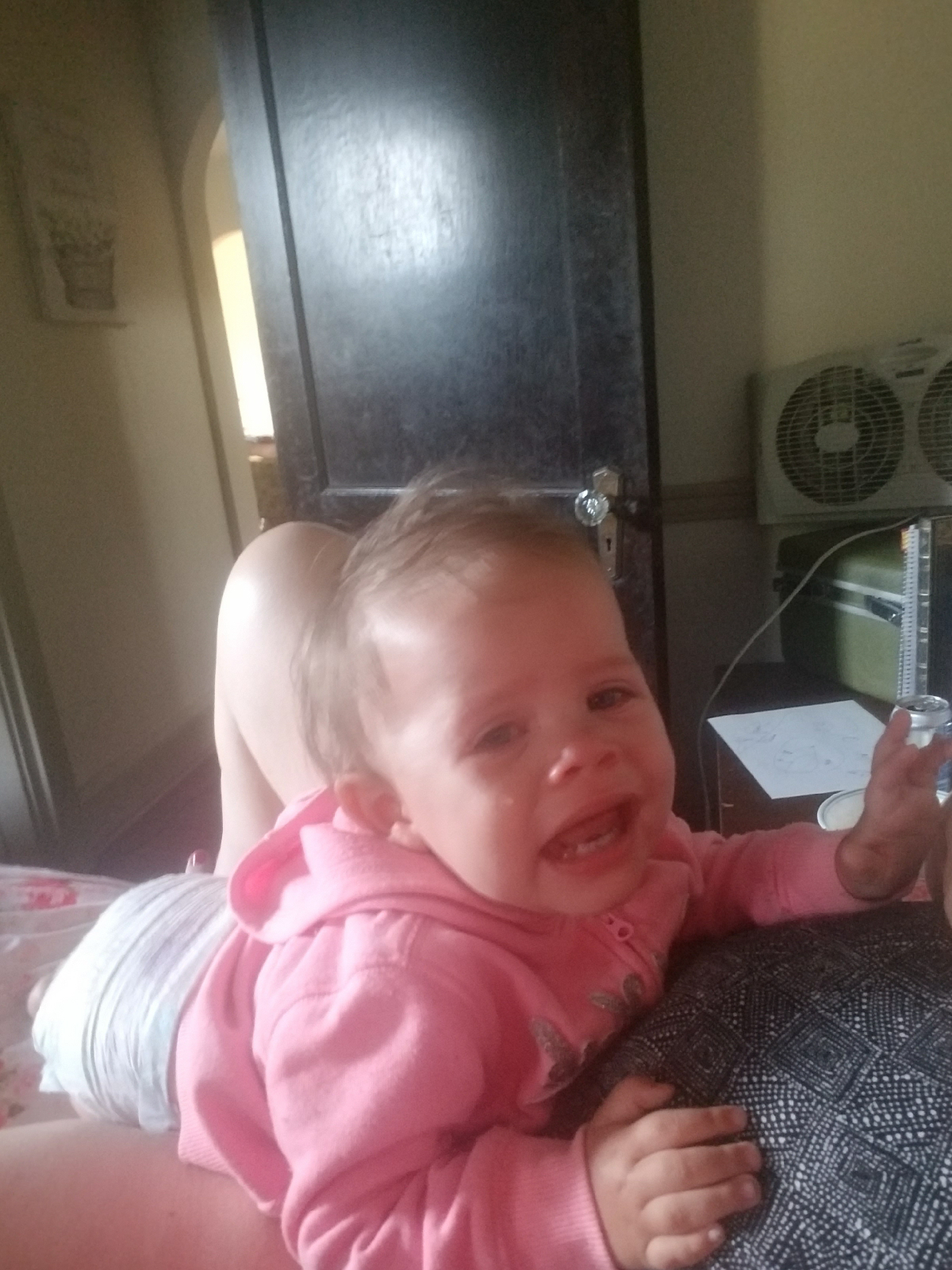 Nevermind on that smooth sailing.... (I promise I have on shorts...they're just really short and Azalea is covering them up hahaha)
I finally caved to Azalea's tantrum at dinnertime and gave her the binky. But it turned out that she didn't even want it! She sat it in the table and began eating, so I had Mahri sneak it away and Azalea didn't even need it again until bedtime!
Isabel ended up sneaking up on a chair to get her binky out of hiding when she laid down to watch tv. I found her on the couch...blanket pulled up to cover the lower half of her face in an attempt to hide the fact that she had the pacifier in her mouth. When I asked her what was in her mouth, she took it out without complaint and continued watching cartoons. A few minutes later, I found her on the couch, pacifier in her mouth again...but this time she was sound asleep.
Day 2 was definitely rough...but I'm hoping to see some progress soon!