No More Pacifier for Isabel | Day 1

I have started the heartbreaking journey of having Isabel stop using her binky (pacifier). She turned 3 in April and I know it's time. But she has been through so much in the last year...I hated taking this source of comfort from her.
Added bonus: Azalea still uses a binky. So Isabel can always steal hers, if she really wanted. (Spoiler alert: she wanted) Maybe I should take Azalea off the binky, too...
Day 1 - Tuesday
I decided this was the day. I explained to her that she couldn't have her binky anymore. That she was a big girl and big girls didn't need binkies.
She was cool with it. At first.
I took her on a special trip to Walmart with me (every so often, I'll take just one or two of the kids with me so that they can have more one-on-one time with me) and bought her a few treats.
I figure that sometimes we all need a little extra love sometimes...especially when making a hard transition.
She got unicorn toothpaste, a box of cute band-aids that she picked out herself (for a small booboo on her arm that she keeps picking at), and a box of GoGurts that I'm going to freeze for a yummy treat on a hot day for all of the kids.

She started fussing in the car that she wanted her binky...instead I took her to the gas station and bought her a slushie and a small bag of chips.
I see now why people who stop smoking sometimes gain weight! Let's keep her mouth and hands occupied with something other than a binky! haha
She finally fell asleep for a nap (after a few major meltdowns and stealing Azalea's binky...which we promptly took from Isabel) at 5 pm. I hate that it's so late in the afternoon...but she was trying to go to sleep without her beloved binky. I held her while we laid together on my bed and she just closed her eyes and fell asleep. Poor baby. 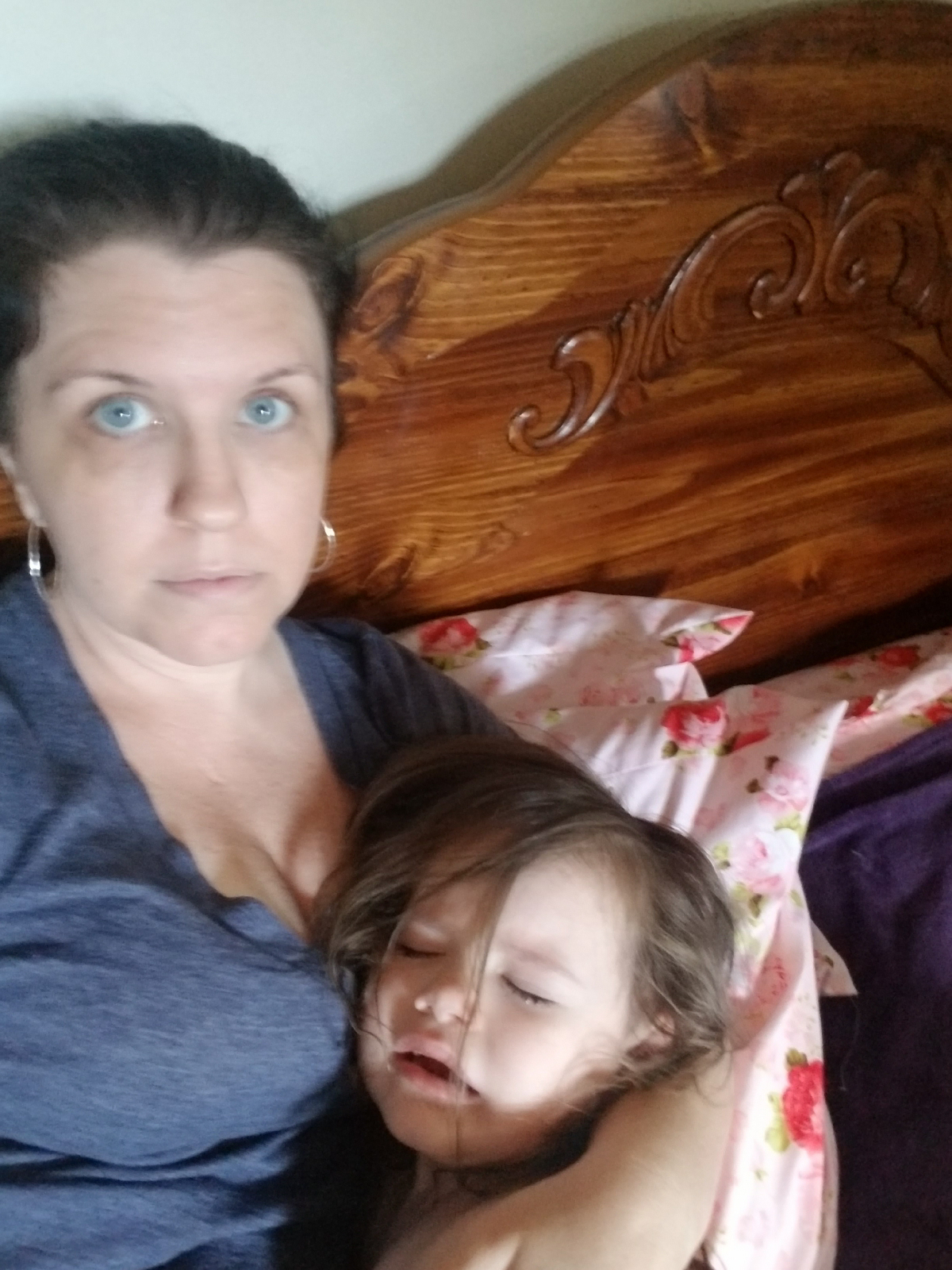 Isabel woke up from her nap, crying for her binky
Hugs from sissy are always nice...

Overall, today went fairly smoothly. There were a few major meltdowns but we were usually able to distract her from asking for the binky. I tried having a heart-to-heart discussion with her...but trust me...when she was mid-meltdown, it wasn't happening.
I ended up compromising at bedtime. I made the judgment call that she can have it tonight. In bed. But tomorrow morning, it gets put away before she even comes down for the day.
We also put Azalea's binky away for large blocks of time, as well, today and she did great until bedtime. I realized that Azalea really only asks for it when she's nursing or when she's sleepy. So maybe I'll be able to wean her off of it, too....
Let's hope for the best tomorrow...Day 2 of No Binky!