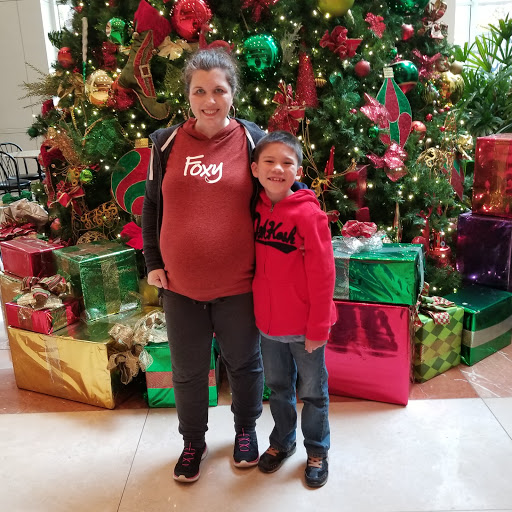 On the Wednesday after the whole "labor that wasn't really labor" incident, I woke up in the wee early hours of the morning (ahhh...pregnancy insomnia) and began going over some of the details of Monday.
One part stuck out to me and slowly began gnawing at my brain. It was during our second (and last) pelvic exam when we discovered that I had only dilated about half a centimeter (bringing me to a whopping 3.5 cm total) after hours of contractions. My midwife was checking on Baby's position. And she was seeming a bit perplexed. She muttered something that I didn't quite understand...something about "a really bony head if that's what it is...." On Wednesday morning, I began worrying...what if it wasn't the head? What if it was a....butt! Could Baby be breech??

I sat on that thought for a few hours before texting her to ask if that was a possibility. She called me back immediately. She reassured me that Baby is not breech...but that she is concerned because she had been thinking about it a lot the night before and she had come to wonder if it wasn't, in fact, a shoulder she had been touching. My chiropractor had mentioned something about my uterus was "hanging over" my left hip (we're working on that hip issue through frequent chiropractic adjustments, by the way)....and so Christine said that it makes sense that maybe Baby is just chilling up high outside of my pelvic bones. But since she can't see in there, she couldn't be sure. So she asked me if I'd be cool with getting an ultrasound done to just take a peek at Baby and make sure that everything is okay. She told me "I know what I saw on Monday. That was labor. It should have ended with a Baby with the way those contractions were on top of each other. It doesn't make sense that it just stopped.

Well, while I am completely into the whole natural thing, I was really curious as to what's going on in there, too. So I said I'd absolutely get the ultrasound done. We scheduled it for early the next morning. The OB office that I go to for my ultrasounds and consultations (to ensure that Baby and I are good candidates for home birth...I went there when I was pregnant with Isabel). They have won many numerous awards for their phenomenal prenatal care.

Since the next day happened to be Austin's 8th birthday...and his birthday wish has been for the Baby to be born on his birthday, we figured we could do the next best thing and let me come along with us to the appointment. The rest of the kids were extremely jealous until I pulled them aside and told them that I thought that they could decorate the house for Austin's birthday with the Mario Bros decorations I had bought. It would be like a surprise party for him. They were suddenly a-okay with staying home and excited for the task at hand. However, after talking with Christine at our 39 week pnv, she said that Baby was not engaged either time when she checked me on that day. She said that with this being my 6th baby, oftentimes Baby won't even come down into the pelvic bones until they are already on their way out!

I won't bore you with lots of detailed descriptions of what went on at the appointment. I had an ultrasound and an NST (non stress test) and we got LOTS of great feedback from both.

Here's what we learned:

Baby is perfect! Not stuck or positioned badly. Just not down in the pelvic cradle. What could have happened was that Baby was down, labor started...then Baby changed their mind and went back up, thus stopping labor.

All measurements and heart exams were perfect and right on track. They have some sort of point system that determines how well Baby is doing in terms of growth, development, organs, etc. The most points they can get is 10. And they happily went over all of the test scores with us and told us that Baby had passed with flying colors: a 10!

They assured us that everything was good and that Baby would find its way down to the pelvis when it was ready.

So now we are just waiting for Baby to be ready to join us!! 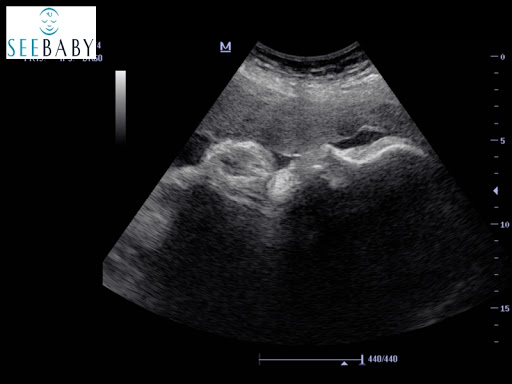