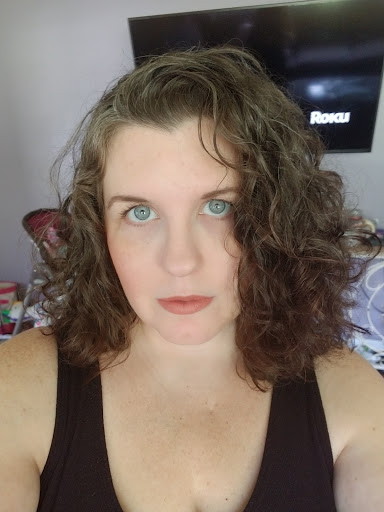 Goodness gracious! Time is seriously flying by and I swear I have no idea HOW I am almost at the finish line already!

And because I am so super organized, I am writing this at the tail-end of my 30th week, so I'm going to do my best to remember all that's been going on over the last few weeks. I apologize if this post ends up being kind of choppy...kids keep interrupting me every 30 seconds and I have a feeling they're going to continue doing it until I just give up and stop writing for the day... ::sigh::

Baby Mistletoe has been so super active...kicking and punching up a storm!

My midwife, Christine came at the end of my 28th week for my first 3rd trimester prenatal visit. Everything went great! My blood pressure was still healthy and low: 90/64

My weight did end up rising...I think it's a combination of our trip to Ohio (not much walking around or moving about on my end) and my exhaustion has resulted in a whole lot of eating out. When I weighed myself on September 21, I weighed in at 187... I had gained FOUR pounds since my last prenatal visit!! What?!!

But fast forward to October 6th (nearing the end of my 30th week) and I had actually lost half of a pound. (I always weigh myself on the same scale at my chiropractor's office, so I'm pretty sure everything is accurate) I have been making an effort to cook more at home and have been drinking more water over the last week, so I'm thinking that's the reason.

I'm still not having too much of an appetite but I do tend to eat more when I'm stressed. I have been developing quite a fondness for pretzel rods. Weird, right? And I have really been wanting to visit a noodle house for ramen noodles. I've never been to one but it sounds sooooo good!

My bladder is seemingly smaller than ever. I got up, like, 5 times the other night to pee! Grrr!

Braxton Hicks contractions really amped up at the beginning of 30 weeks. Mahri and Antonio have both commented on it, sometimes worriedly asking if I'm okay. When I assure them that I am, I ask why they thought something was wrong and they both told me that my breathing changed and I had temporarily zoned out. This is all totally normal for me when I'm about 2 months away from delivering. Just my body getting ready for the big day! 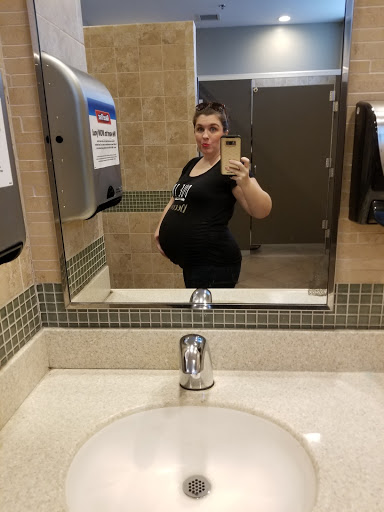 My asthma has been acting up and I need to take Advair on a fairly regular/daily basis. And I actually had to go up to the prescribed twice a day here lately because my neighbor has been burning crap in his backyard over the last couple of weeks and it is really affecting my lungs, unfortunately. I really hate taking medicines, even my asthma medicine, so I try to limit taking any. So while I am prescribed to take it twice a day, when I'm not pregnant (or not having breathing difficulties), I can get away with just taking a dose every once in awhile when I feel my lungs beginning to tighten up. I actually had one doctor refuse to prescribe the Advair for me at the beginning of my pregnancy because it has been documented to cause problems with the unborn baby. But sometimes it comes down to Pros vs Cons....and I obviously have to breathe, right? So I just use it sparingly whenever needed, when my emergency inhaler just isn't cutting it.

My IBS has begun giving me problems. I'm going to go into a little too much TMI here...but hey, this is real life, right? I have a more uncommon version of IBS. With mine, I will be constipated for weeks at a time...without even realizing it (because life is going on & I don't really have time to sit down and think about when the last time I went was). Then, out of nowhere, I get severe stomach cramping and spend a few days running to the bathroom frequently. When I say "severe", I am not exaggerating. The pain from my labors couldn't even touch the level of pain I reach when I get my IBS stomach pains.

Hmmmm... what else is going on? Well, Isabel has almost completely stopped nursing. She only nurses maybe once every 3 days or so and only for a few seconds. My milk has dried up and so she is mainly just doing it for comfort...usually to go to sleep. She has also developed a fondness for taking off her diaper and running around like a tiny little nudist. (Actually, as I typed that, she ripped off her diaper and proceeded to lift her dress to show everyone what she had done. Little stinker!)

The bigger kids are doing great, too, though they aren't interested in the nudist lifestyle. Levi has a fondness for numbers and loves doing math. Austin is good at math but is more interested in learning to read, which we are working on with the book Teach Your Child To Read in 100 Easy Lessons. Christian has decided that he is going to be making his own Halloween costume this year. He had us take him to Hobby Lobby so that he could buy some burlap, twine and a large needle so that he can begin sewing a horror-themed scarecrow costume. I am so proud of his creativity & motivation! Mahri is researching henna tattoos and is designing her first henna tattoo to give herself. She is a great artist and I know it will turn out beautifully!

Unknown said…
I love the shorter hair on you, and I'm sure with all you have going on it's a little easier to take care of. Just curious if you have a boy and girl name picked out? Or is that, too, going to be revealed at birthing? The rest of this just made me chuckle, but, It was a good "catch-up" blog. much enjoyed !! you are pure baby so i'm going to guess a boy (for now lol). keep the blog's coming when you can fit them in. Love reading whats going on with your family. Hope you all are surviving all the rain from Hurricane Matthew, if you got any of it, but it looked like it hit you area hard. ok, go back to your nudest camp (chuckles) lol. xoxoxo
October 12, 2018 at 2:34 PM

Is It Naptime Yet said…
Sorry it took me a few days to sit down & get on here!! Thank you for the compliment on my hair! Yes, it is definitely much easier to care for...and less opportunity for Isabel or Antonio to roll over on it in the middle of the night. LOL That happened pretty frequently and then I'd be stuck til I could get them to move. hahahaha Ooooh! A vote for a boy?! Awesome!! So far, everyone has been guessing Girl, so your vote is refreshing! I've been working on some new blog posts and am currently filming a Week In The Life video for my YouTube channel, so watch for that! It has some funny bits...lol...especially regarding some instructions from the midwife. lol Yes, we got a TON of rain...several feet of water flooded our crawlspace and took out our water heater. Boo! Ahahaha...my nudist camp...that definitely sums it up! LOL
October 15, 2018 at 10:40 PM