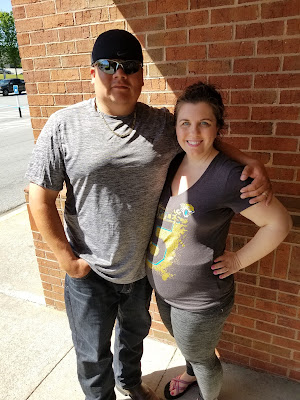 I'm going to try to be better at documenting THIS pregnancy...but being that this is my 6th baby and Isabel just turned 1 less than a month ago, let's just say that I may get a little busy and distracted. LOL

It all started with total and complete exhaustion.

I was actually getting slightly worried because a friend of mine was recently diagnosed with cancer and she said that the main symptom she had was extreme fatigue. That even getting standing up to take a shower was too overwhelming.

That's how I felt.

So, yeah. I was freaking out a little.

But deep inside I was thinking....dude. There's been other times when you've been THIS tired. Falling asleep while sitting straight up tired. Don't want to go to pee because that involves the energy of both standing and walking. Yep. I've been here before. Many times before. hahaha

But I pushed it out of my mind for a week or so.

(Ironically, we were using the app to track my fertility to know when to avoid intimacy....but Antonio's never been big on following schedules, so there went that whole idea... hahaha Besides, we were using condoms every time until he went for his vasectomy, so what was the harm? hahaha But, hey, you know what? God apparently had bigger and better plans for us!!)

So I checked Ovia first thing in the morning....I was already a week late!

Antonio and I talked about how I had actually mentioned that I had ovulated a few weeks ago...but then a week or so later I told him that I had a weird pinching feeling in my side for a few hours. I now wonder if that was implantation....

Antonio took me to Walgreens that evening to buy A Test. Actually, we had the whole "didn't you buy a 20 pack of tests off of Amazon" discussion....in which I had to tell him that I pissed through all of those tests....literally!!....during previous months when I thought that "maybe I might could be pregnant" He was amused.

So, like a classy wino, I had the clerk put the box of tests into a brown paper bag that I hid in my shirt as I went to the car. I didn't want the kids to suspect anything until I knew for sure.

And the rest is history... 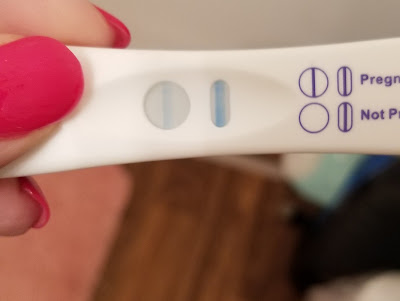 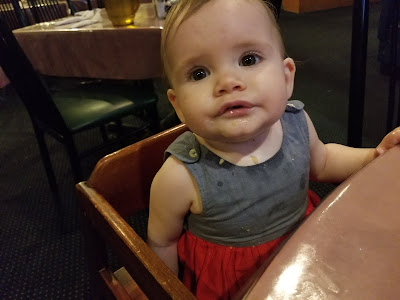 Baby is due in December, so we nicknamed him/her Baby Mistletoe.

I do have bouts of mild nausea but haven't really thrown up yet. I say "really" because one time I gagged in Lowe's parking lot and a little something came up but I swallowed it. Sorry, guys...tmi, maybe...but it's a normal part of pregnancy.

My IBS has been flaring up a lot. Which is normal for me during pregnancy. I have learned that many people do not have a lot of pain with their IBS, however, mine causes extreme stomach pain that spreads to my back. Sheer pain sends chills all over my body. A good comparison of the pain is this: my labor with Isabel was nothing compared to my IBS pain.

I did have a few headaches in the beginning but those seem to have subsided.

I get really weepy for seemingly small things.

I have to pee all the time.

Foods really just don't sound good to me. Just like with Isabel. Sooo...hmmm??? Another girl?? Who knows....

I want fruity things and salads sound so good to me. So imagine my delight when romaine became inedible for my first trimester. Grrrr Thanks, e coli. Oh, and chocolate almond milk. Just like with Isa.

I downloaded the Ovia Pregnancy app and really like it!

Here are some screenshots of my 8 week update: 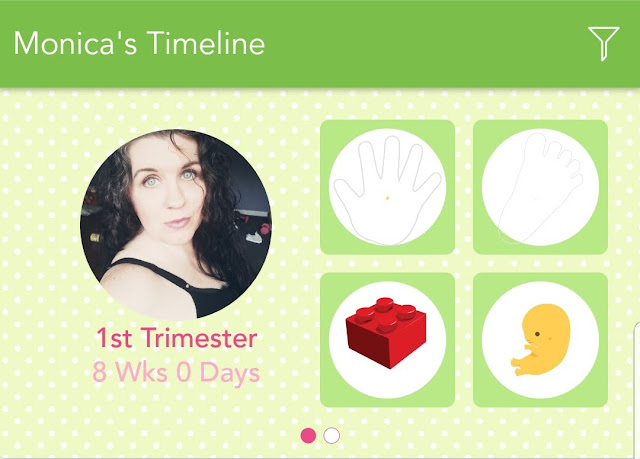 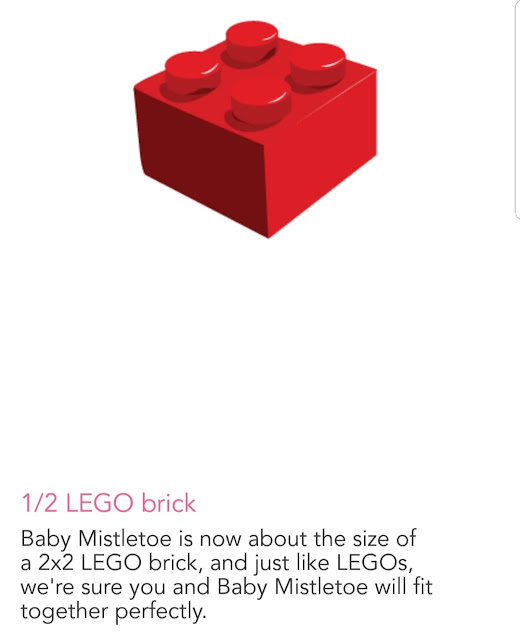 I'm so excited for you all to join along for this ride!!