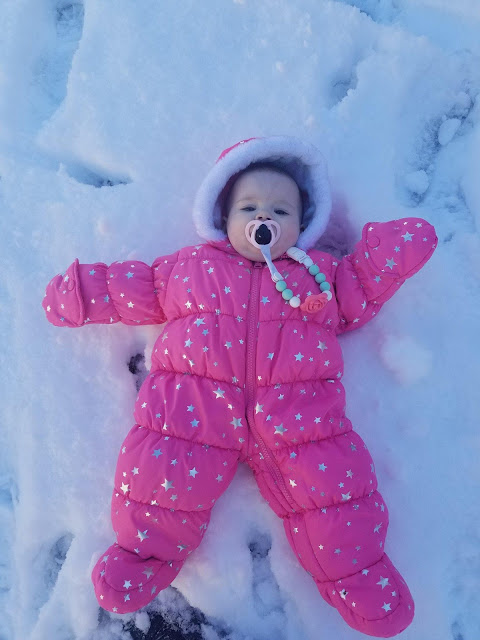 When we heard that Winter Storm Benji was heading our way, to say that the kids & I had different hopes & plans is an understatement.

I wanted, at the most, to get a light dusting of snow that quickly melted without hardly settling on my lawn.

My kids wanted a full blown snowstorm with enough snow to make a big snowman. 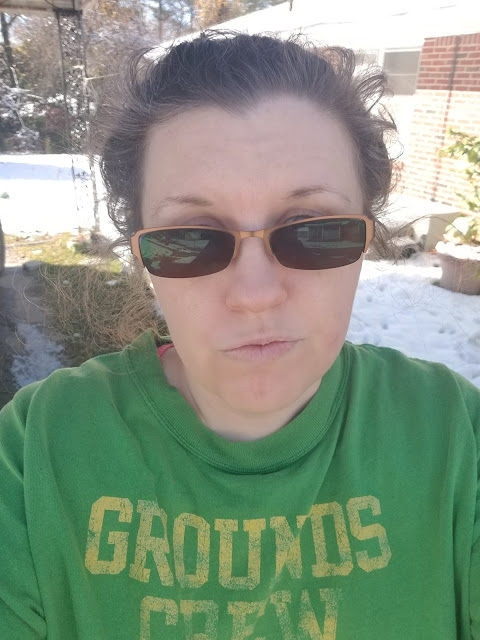 We ended up stuck in traffic with a bunch of bozos who don't know how to drive once a snowflake lands on their windshield. We literally watched one yahoo ramp his truck onto the sidewalk (that people were walking on, mind you) so that he could drive up the sidewalk instead of waiting in traffic like the rest of us. It took us 45 minutes to get to the bank (normally a 10-15 minute trip)....only to find a "Temporarily Out of Service" message on the ATM screen. And the bank was closed. Because we had barely an inch of snow (at the time).

The kids bundled up and went out to build a snowman. They made him look like an alien. Because they're my kids. And we love aliens. 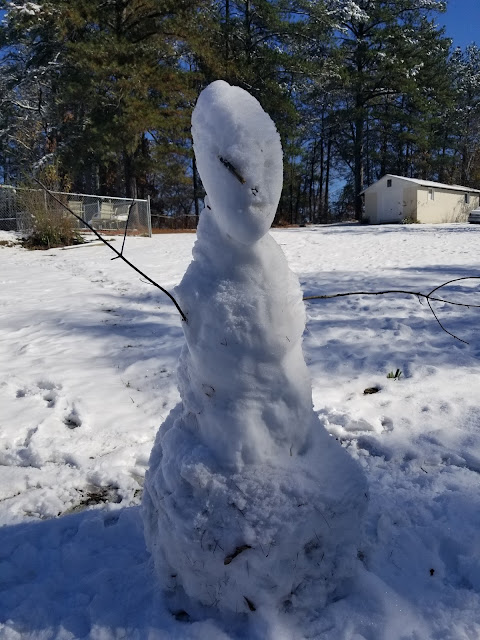 They had a snowball fight. Because we are lacking in the winter clothes department, I had the boys put socks on their hands in lieu of gloves and then plastic bags were tied on top of the socks to make them waterproof. It was definitely a sight to behold!

I made hot chocolate with vanilla almond milk heated on the stove. I put a dollop of whipped cream on each, along with some colorful sprinkles. 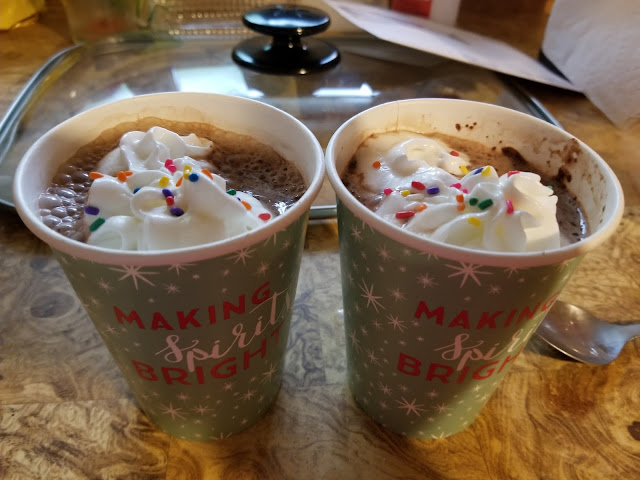 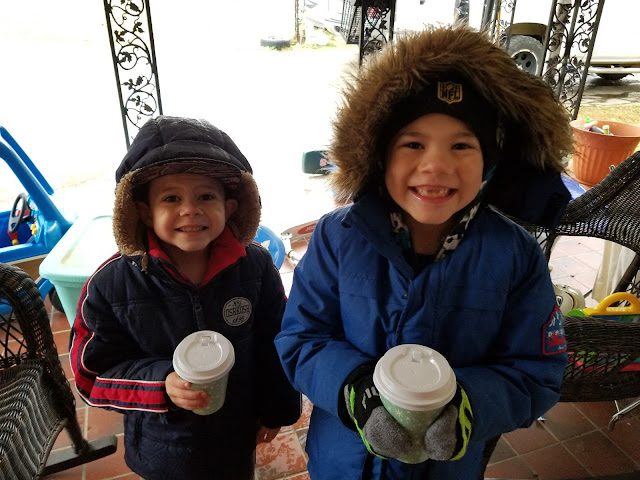 Overnight, though, the snow and ice had a less fun agenda. I was awakened several times by the sound of huge tree limbs breaking and falling on our house and fence. A large section of our fence was destroyed but, luckily, that seems the extent of the damage. 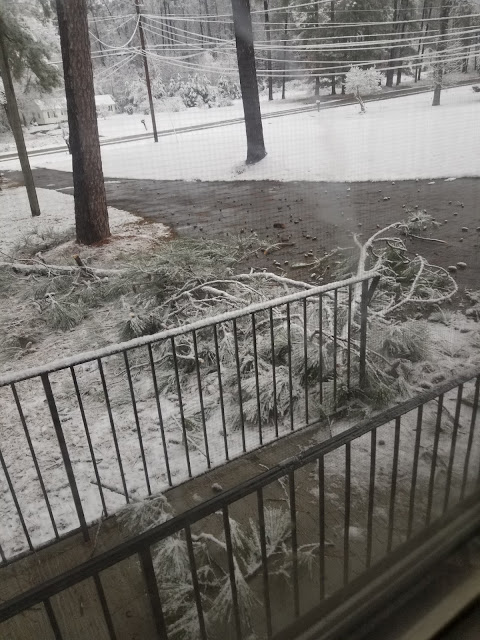 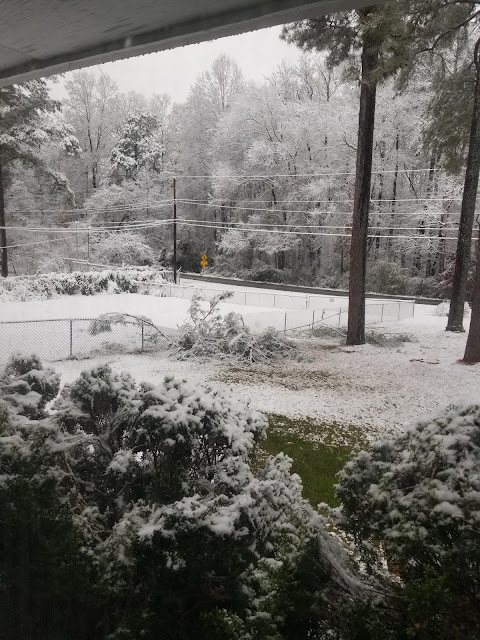 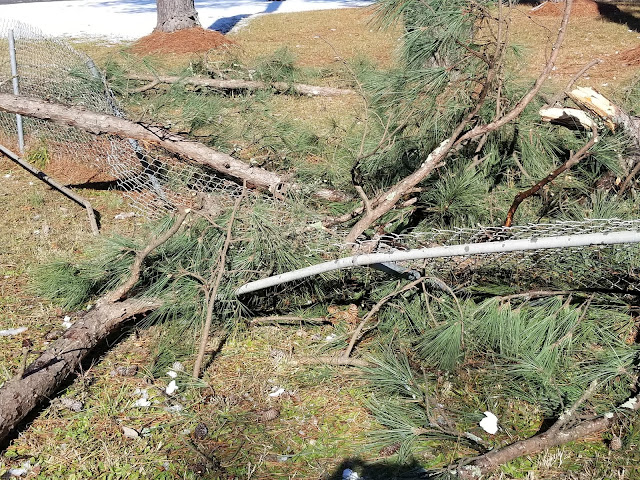 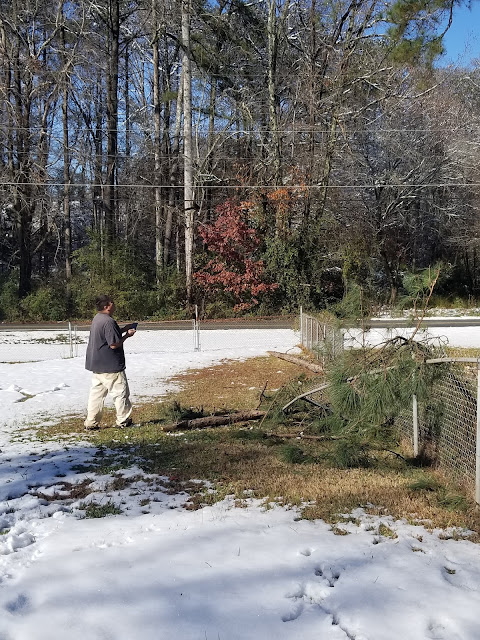 As much as I hate the snow, I am so glad that my kids got to make some really fun winter wonderland memories! Atlanta rarely gets snow like this, so these memories will be cherished for years to come! 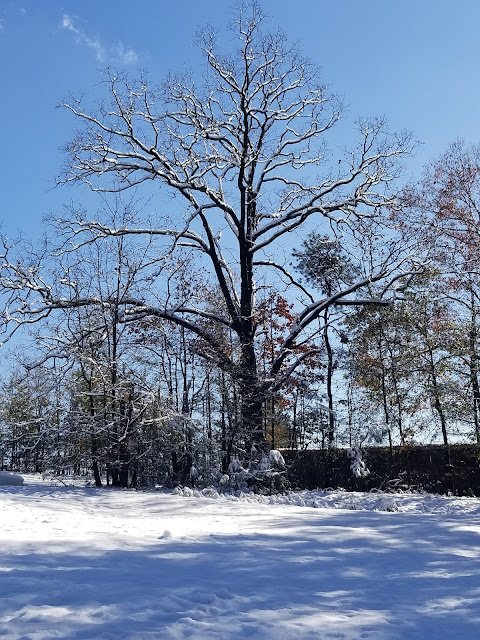