30 Weeks Pregnant with #5! | A Rather Wordy REAL LIFE Update 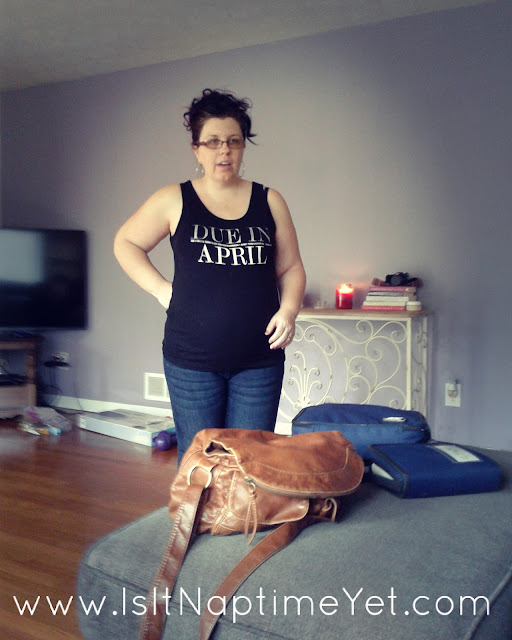 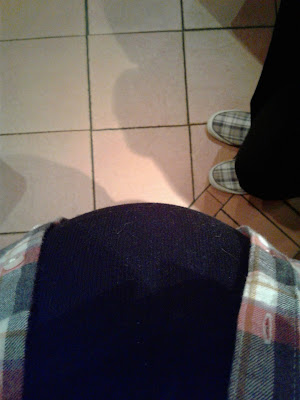 Like the dog and cat hair stuck to my shirt?
haha

Well...I cannot believe that I am sitting here and announcing that I am now in my 30th week of this pregnancy. Baby is (according to pregnancy apps) close to 16" long and weighs almost 3 lbs.

To say that time is flying by is a complete understatement.

But this huge belly, sciatic nerve issues, aching pelvic bones and back know what's up.

I am wanting to do a little update video to go with this post...but not sure if I will actually bring that to fruition, as I'm typically past exhausted most of the time and I still have 80 million things to do to get ready....

This past Sunday, we paid off the furniture we put in layaway at Babies R Us. We got a crib and 2 coordinating dressers (one for us and one for the baby since baby will be rooming with us for awhile. That's right: co-sleeping/family bed allll the way with my little tinies!).

I bought a shower curtain liner today at Walmart. To put on my bed. Because...ya know...birth can be a bit messy.

I still need to order my home birth kit.

I've been having some big Braxton Hicks contractions. I don't know how frequently I have "little" ones...but notice big ones A LOT every single day. This past Saturday I was getting a little nervous because they were coming pretty frequently but not really too painful...just strong.

I woke up that night and my (sorry, guys, TMI) vagina felt like it was being stretched? I don't know how to explain it. But I know that I started to drift off to sleep after it woke me up...and then my eyes flew open and I was, all, "umm...what the heck do you think you're doing, vagina?" and I focused on mentally "relaxing" her a bit. I think she's just getting very excited for her big Game Day she's got coming up here in the next 10 weeks or so... hahahaha

My right breast is starting to get colostrum (pre-breastmilk)!! I told my left breast that she really needs to get with the program and not leave everything up to Rightie, because I had a lumpectomy back in 2001 on my right breast, resulting in scar tissue that blocks my milk ducts, which renders her rather useless when it comes to nursing. But..shhh..don't tell her that. She likes to think she's contributing.

CRAVINGS....Still not too many cravings. The only consistent one over the last couple of weeks has been lemon slushes from Sonics. Antonio says that it's got to be a girl because I just wanted meat and savory things with the boys. With this baby, I'm wanting mostly fruits and veggies. My big craving with the boys was garlic....(and ham and OJ)....with this baby: lemon. Oh, I'm also pretty much always down for noodles. Lemon and Noodles (NOT together)...that's random, right? hahaha

(for the record, I craved EVERYTHING with Mahri...I ate anything that wasn't nailed down...and even those things I tried to gnaw loose hahahaha) 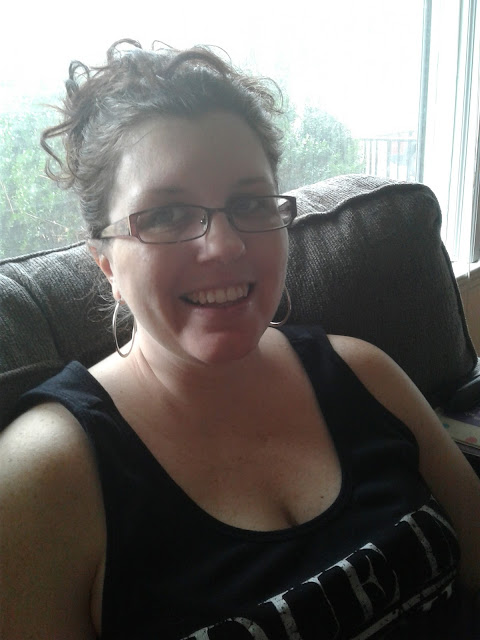 I'm getting quite bitchy as I progress along. Bitchy and whiny.

Not a good combo.

I probably called at least 20 random people "douchebag assholes" over the past week. And even referred to some inanimate objects as such, too. I threatened my bird that if she didn't stop waking me up, I was going to let her go out the front door. (My bird, Indiana Jones.."Indy" for short, duh...has a suitor that comes and sits outside of our living room window each morning. And even though Indy's cage is covered, when she hears her lover-man outside whistling for her, she just gets all riled up and starts shrieking from under the sheet covering her cage.)

I've been feeling quite...amorous...the last few days...but then when I contemplate starting some sexy time with Antonio, I realize that I'm way too tired to even attempt anything resembling what my mind is thinking of. So I just tell my hormones to shut up. And then get grumpy.

That may explain the aforementioned bitchiness. hahaha

I'm hoping to begin going to my chiropractor for regular prenatal adjustments soon. To be honest, I was supposed to be doing this the whole time but I just kept forgetting. But now that my back pain is getting so bad...not to mention excruciating sciatic nerve pain...it's getting pretty impossible to forget.

IBS...oh, IBS...you are the bane of my existence, especially when I'm pregnant. I have had an IBS/spastic colon diagnosis since 2nd grade, though my mom thinks my tummy troubles have been there since infancy. But the constipation that pregnancy brings really wreaks havoc on my IBS, causing EXTREME stomach pain and...well, let's be honest, diarrhea. I recently discovered how using a step stool a la a cheaper version of a Squatty Potty has helped TREMENDOUSLY with the pain when I have to...go. If you suffer from IBS you may know what stomach pain I am talking about. A few weeks ago, I was actually holding a trash can between my legs, vomiting from the pain, while going to the bathroom.

And who says pregnancy can't be glamorous??
::wink::

I bought another juicer to start making green juices everyday because I know that I experienced a huge remission, of sorts, with my IBS when I was drinking fresh green juice on an almost daily basis. Yes, initially, it will clear you out (if you know what I'm saying) but once your body flushes the toxins and build up from your digestive system, healing begins. If you watched my FB Live Farmers Market haul video, you'll see the types of veggies and fruit I put in my potent and healing green juices.

My legs, feet and ankles have begun to swell slightly at night. I say "slightly" but it's enough that the elastic from my socks leaves purple indentions around my ankles when I peel them off at night. But it's not too bad. I'm still able to get my rings on and off of my fingers pretty easily.


Christine came today (Wednesday)!! It was my 30-week prenatal visit...which is the end of our monthly visits. We'll be kicking it up to twice a month for a little while. Then once a week starting at around 37 weeks.

I'm planning on doing a video going over her visit but here's the written version for those of you who don't want to watch...or in case I forget to actually make the video.

Urine was...pee-utiful. ahahaha (see what I did there?) Actually, no, it wasn't. She told me that it was super concentrated and that I needed to drink me some water. But no protein or glucose to worry about. Slightly a bit of leukocytes (I think she said "1") but she said she wasn't concerned.

My fundal height is measuring at 31 cm, which is technically 31 weeks, but like she said, I'm closing in on 31 weeks here soon...in 3 days. 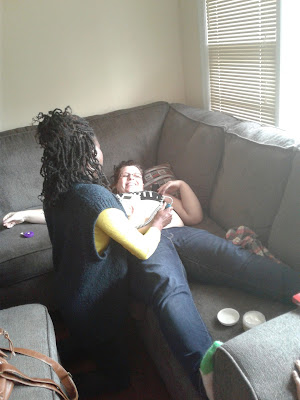 My weight gain over the last month?? NONE. I actually LOST 2 pounds!

Again, she said that's nothing to worry about. Not only am I eating but I'm also loading up on mostly healthy fruits and veggies...almost completely vegan. Almost. hahaha

Baby is HEAD DOWN!!!! Of course, they can always flip back over...but, for now, they are HEAD DOWN and ready to go (umm..well, not quite "ready to go", but you get my drift)

I have a home birth prep class in mid-March that she and her assistnat/doula will be teaching together. So that will be fun and informative!

Our next visit will probably include what is called a "home check" or "home visit"...which sounds funny because she's been coming to my house for our visits since our first appointment. But we really just chill on my couch and chat, so there's never been an official tour of my abode. We'll be figuring out where we'll be setting up the birthing tub and all that fun stuff.

Several times she asked if I was feeling the baby move much and I could honestly say YES! Baby is just going crazy in there and being all wiggly and pokey. hahahaha I'm wondering if lack of movement could indicate a soon-coming birth? I hope not! We're nowhere near ready for that!! (nor is baby!) I don't think it was out of concern that there was something wrong because she was quite happy to hear how strong the heartbeat was on the Doppler.

Well, guys, that about sums it up for what's going on with Baby and I.

We're just taking it easy and watching the calendar days fly by.

Ronda said…
I think you look beautiful without your Makeup! Actually, I was thinking that you "fixed up". See....looking so much better than you think!
February 8, 2017 at 5:17 PM