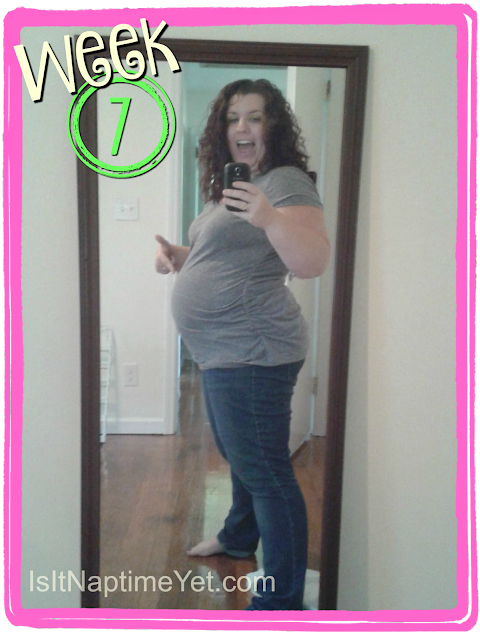 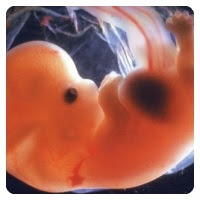 This week has been trying for me.

I am exhausted. Like, my arms are even tired when I just go to open my blinds.

I thought the morning sickness was beginning to let up a bit...but then, in the middle of the week, it roared into overdrive. Still no vomiting. THANK GOD!! But, still...being nauseated and feeling on the brink of throwing up all day really isn't a bowl of sunshine, ya know?

My appetite has increased big time.

Thankfully, I didn't buy too unhealthy of snack foods. I mean, I did buy some crackers and Nutrigrain bars...but I also bought a lot of pre-sliced apple slices and grapes. I don't know why but cutting an apple up myself sounds "meh"...BUT a cold crisp apple slice from the fridge sounds delightful. Weird, right??

I've been crying. A lot. I try to hide from the kids when I cry because I don't want them to worry about me. But poor Antonio has to listen to me sobbing on the phone. hahaha He asked me today "Is it the hormones that are making you so sad?" and I told him "Well, they're not really emailing me and letting me know that it's them...but I'm pretty sure they're the reason, yeah." I find it necessary to still maintain some modicum of a sense of humor. ::wink::

Not much in the sense of cravings. Except....Earlier in the week, do you know what was sounding good to me? (I'm gagging now, as I type this and am thinking about it) Raw meat! WHAT IS THAT ABOUT?!! I figured I probably needed iron. Who knows. No, I didn't eat any!! But I checked to make sure that my newly bought prenatal vitamins contain plenty of iron...and they do. 100% of the recommended daily amount. Since I've been taking them pretty much every day, the "oooh, look at that hunk of bloody meat" feeling has sailed far, far away.

I'm not a big nighttime/bedtime eater...but this past week has found me wanting to eat a bowl of cereal when Antonio gets home, which is usually around bedtime. I need to nip that in the bud. Need to reach for the apple slices instead.

We've also decided that we are not finding out the sex of the baby!! I think it is going to be so exciting in the delivery room if we don't know!! My friend Lydia isn't finding out, either...she's due any day now....and she said she has not regretted waiting. I'm hoping to say the same!

I need to buy maternity pants. I bought one of the be-baby (I think that's what it is called) things that fits around the top of your regular jeans. Like a full panel that is on maternity pants? Do you know what I'm talking about?? I got it for a little under $20 at Target. At first, I loved it. My jeans were no longer squeezing my tummy and squishing both baby and I! But after just 2 or 3 days of wearing it, it seemed to be getting looser. Maybe I should have bought a smaller size? I went with the recommended size, though... But I don't like having to continuously pull up and readjust my pants and the panel. If any of you have used one of these things, let me know how you liked yours! Did it stretch out rather quickly? Let me know in the comments!

If you follow me on Facebook, you know that I went to a local pregnancy resource center. I'm not going to lie: I mainly went for the free limited ultrasound that they offer. Unfortunately, they didn't have any ultrasound appointments available until the end of September. But I met some really wonderful ladies there, so that was really nice. I think it was the one day this week that I actually felt human.

We also started our official homeschool year this week.

On a sad note, I received 2 horrible phone calls today (Friday). My mom had to deliver both. First, she called and told me that my cat (who she stole adopted from me had to be put to sleep today. Jellybean was 16 years old. I got him when I was pregnant with my first baby.

The second call came just minutes later...she called to tell me that my grandpa "Papa" was rushed to the hospital because he had a heart attack. I called my grandma, who said that he is doing okay and that they are still in the ER. He is being transferred to a room and will have to stay overnight for testing. Years ago, Papa had quadruple bypass surgery.... I am praying that everything goes okay and he is going to recover quickly!

I want to thank you for taking the time to read this. To share in this journey with me. I have been feeling rather sad and down lately...but reading your comments and messages really do cheer me up. Thank you so much!! xoxo

Until the next time!! Much love!!

P.S....sorry I don't have a lot of pictures of me and the bump to show...I've just been sick and in bed/on the couch in a ratty old t-shirt most days. That is not a sight anyone needs to see! hahaha

Shannon Winkle said…
You are amazing! I know you can't make it a common thing but have a bowl of cereal occasionally you deserve it, you are after all growing a tiny human and that's a lot of work!! Love reading your blog can't wait for every week to pop up!! Love ya mama!!
September 5, 2016 at 11:33 AM

Aimee said…
Love you mama! Those belly things felt stretched out for me so I returned it lol. We also waiting to find out about lily in the delivery room!! Loved the surprise!!!! You got this mama!!! Kisses!!!!!
September 8, 2016 at 10:22 AM

Is It Naptime Yet said…
I love you!! Yeah, that thing was annoying me...maternity pants are bad enough for this fat-bottomed girl. hahaha I didn't know you waited to find out about Lily!!! Awesome!! I wish you were closer!! xoxo
September 15, 2016 at 11:07 AM