As has been our custom as of lately...or, ya know, for the last couple of weeks, I took the kids and Gypsy out to the new house to play on Saturday.

Looking at these pics, I realize that I need to get everyone another set of bathing suits, because every picture looks the same as the weekend before...hahaha 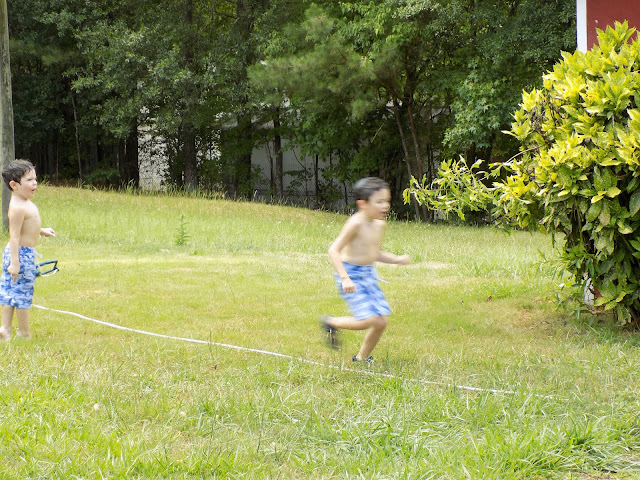 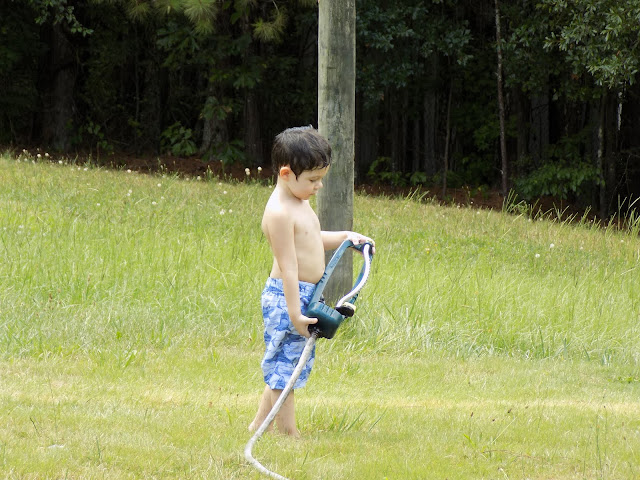 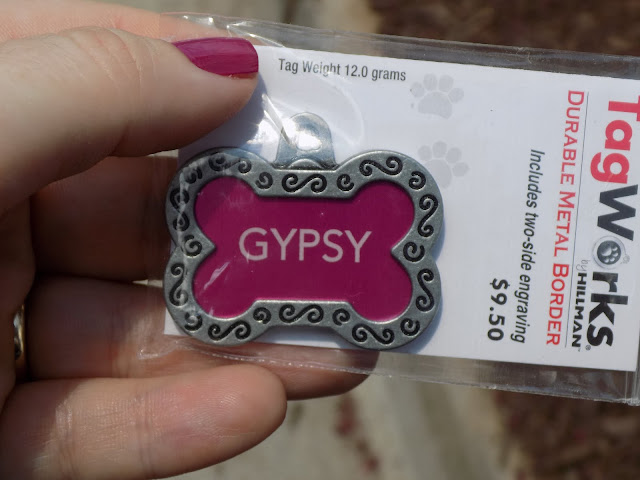 Someone got a pretty new tag with her new address on it!

She and I hung out under the carport, listening to Pandora on the radio, just relaxing in the shade.

She's such a pretty girl! 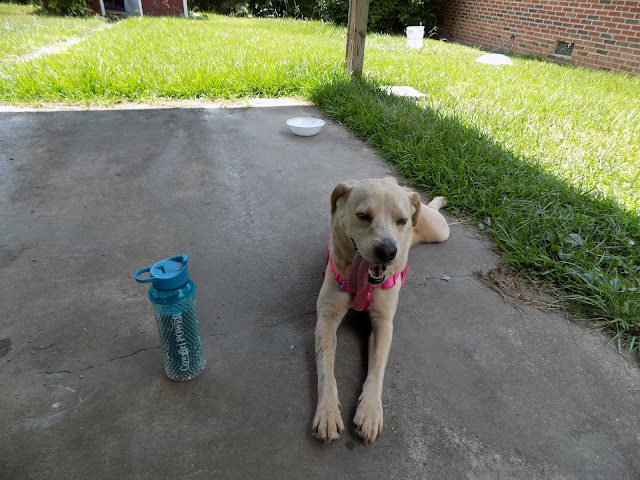 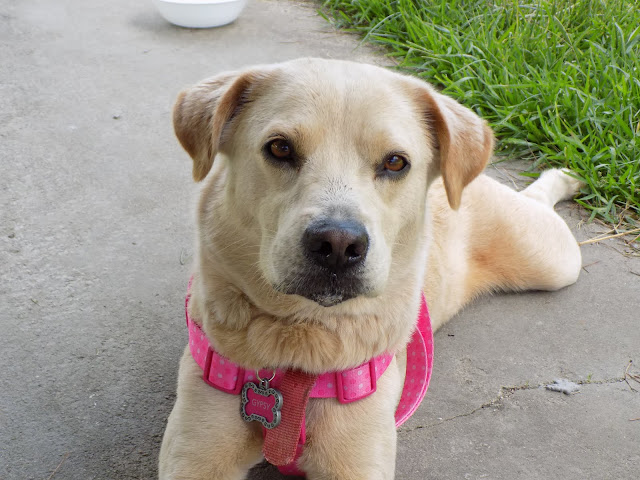 The landlord ended up coming while we were there and so did the painter guy, just to check on the house and bring the doors in that they had left drying outside....Gypsy let them know quite clearly that they should watch their step or she'd let them have it. hahaha 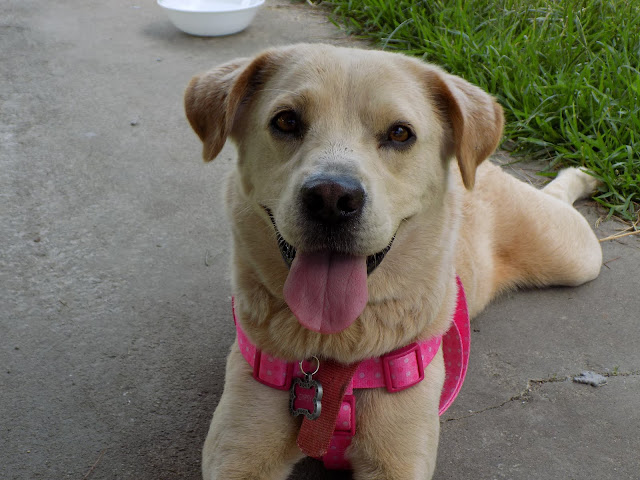 Poor Antonio called and told me that he was stung by a wasp on Saturday morning.

Given that he has a pretty severe allergy to them, naturally, I was worried, but he said that he had taken Benadryl right away and didn't feel too bad other than some swelling. I told him to keep me updated if he started feeling worse.

He called me a couple of hours later and told me that he got stung again!

But he was doing okay.

We really need to get his epi-pen prescription filled....

When he came home he showed me where he had cut his arm open to squeeze out the area where he had gotten stung, like you do for a snake bite. I don't think that method is recommended by doctors for stings, but apparently it worked for him? I don't know. His poor arm was swollen and he was coughing, but otherwise he was okay.

We ended up going out on a date that night.

We went back to that place, Huey Luey's, that we discovered the weekend before with the kids.

(I was told they have Huey Luey's in Ohio, too!)

We had a really nice time! 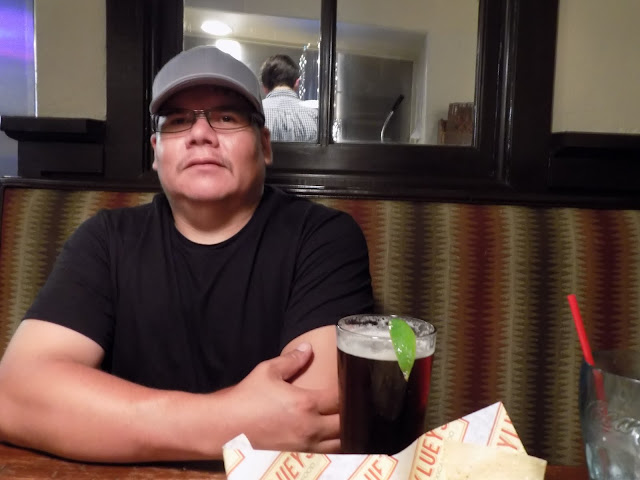 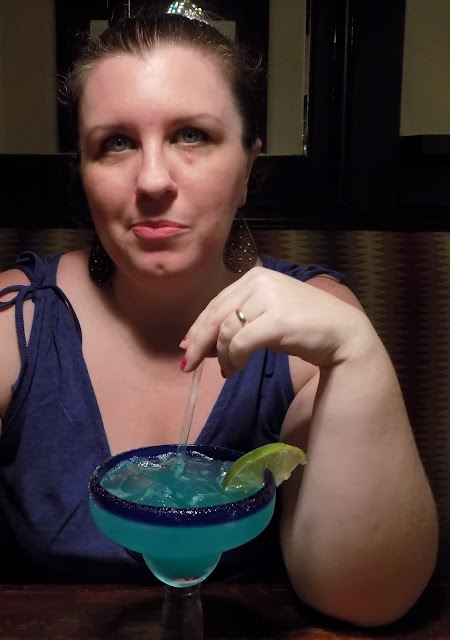 If you follow me on IG or FB you know the story behind my eye looking like that!

Antonio was laughing because I have a weakness for blue drinks. They just taste better! hahaha

He had a Dos Equis and I had...I don't know what it was called but it had Patron Silver in it.

On Sunday, we went out shopping for more odds and ends for the house and got the boys haircuts.

How handsome are they?!

(well, the sun was in their eyes and so they're awfully squinty...hahaha...but you get the gist!) 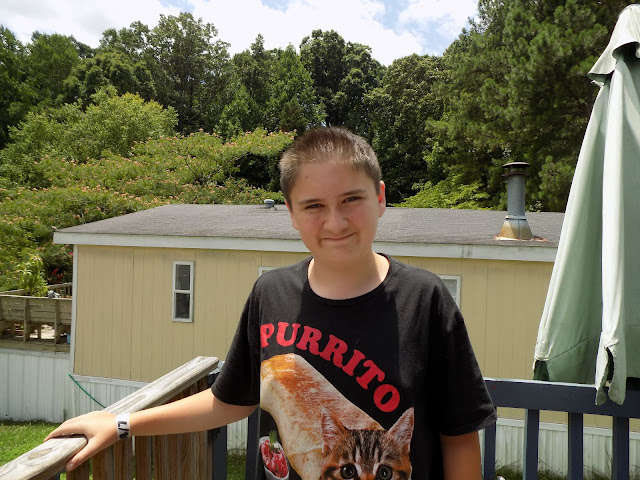 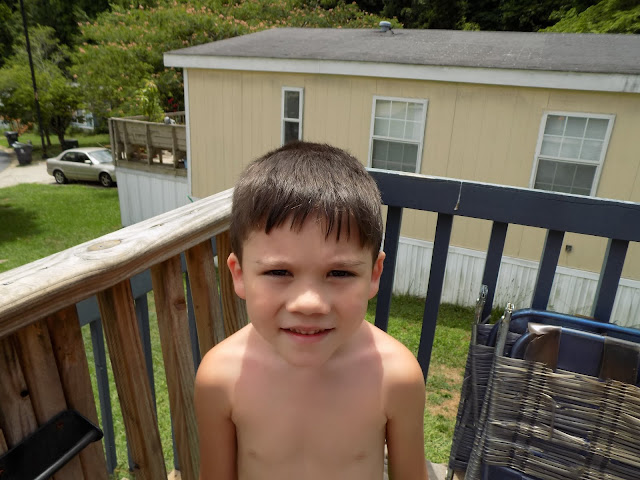 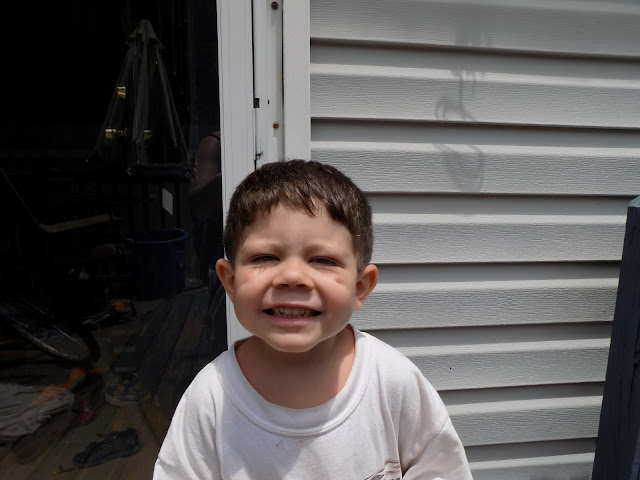