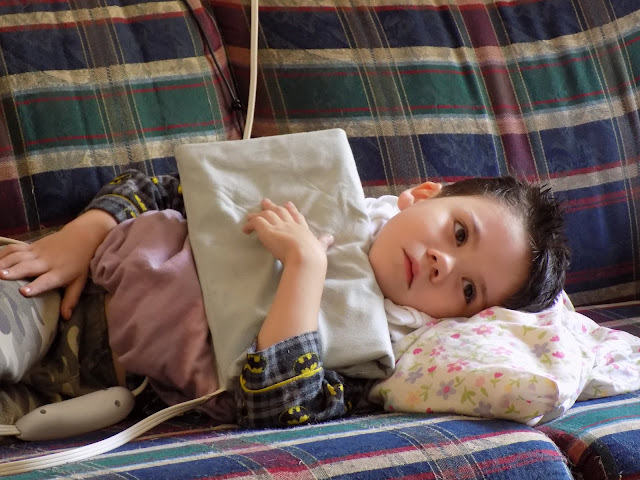 Sore throat is the main complaint.

I put a heated castor pack on his throat, hoping to improve the situation and get him feeling better quickly.

I also gave him a dose of Children's Tylenol.

Within an hour, his fever broke.

I had him do a 2-hour castor pack and afterwards he said that his throat felt a little better.

I hope that is the magic of the castor pack more than the band-aid effect of the Tylenol.

UPDATE (6/23/16)...poor Aussie continued being sick for another few days, progressing into vomiting and returning fevers. While he was in the midst of being sick, Levi also came down with it. They were up all night one night, taking turns vomiting. Poor things. After several days, they eventually recuperated and are now almost as good as new. But NOW Mama is sick with it. Blah! 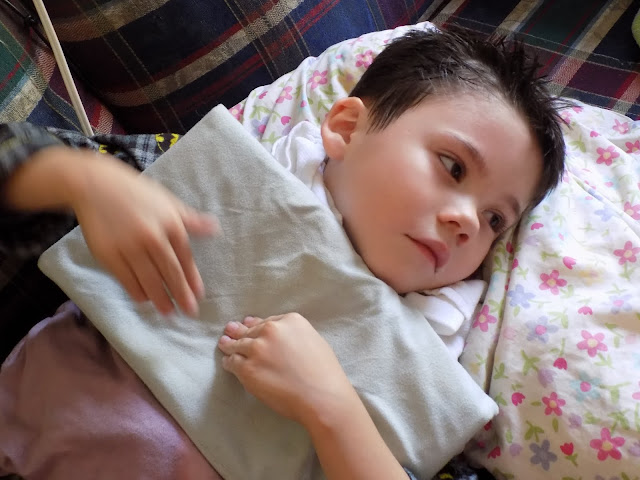