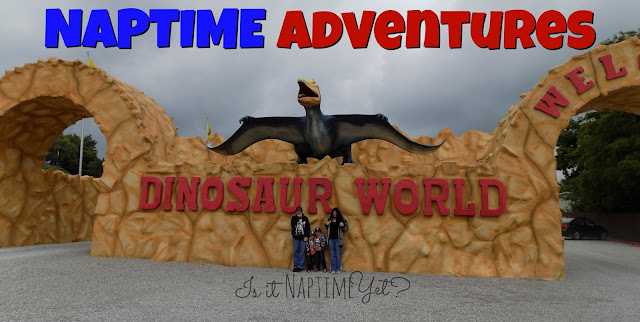 Yeah, so I took waaaaay more pictures than I thought I did!

I guess I'm making up for the fact that I haven't had an actual camera in years, I always just used my phone. And once I saw how great real cameras take pictures, boy, did I have to make up for lost time!

So...this is Part 2 of the Dinosaur World posts...but Part 3 of our trip so far... Does that makes sense? Yes, I took so many pictures that this is probably going to end up being a FOUR parter! Woah!

Check out our Road Trip & Reunion HERE and the first part of our Dinosaur adventures HERE, in case you missed them!

So picking up where we left off....let's go back to the land of...DINOSAURS!! 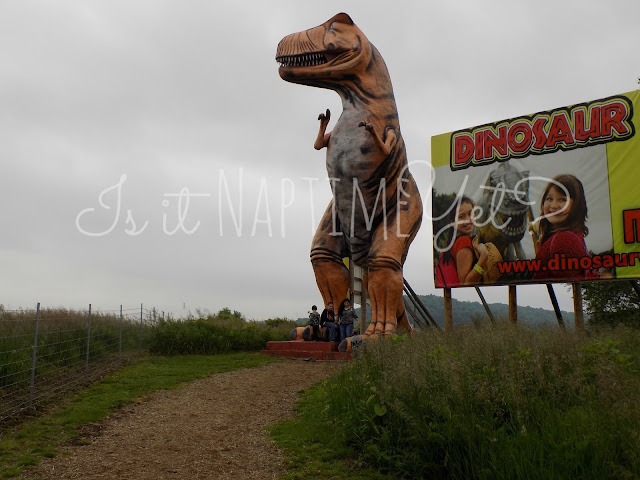 Dude. This guy was HUGE! FORTY feet tall! And he greets you as you drive up the highway through Cave City, Kentucky! 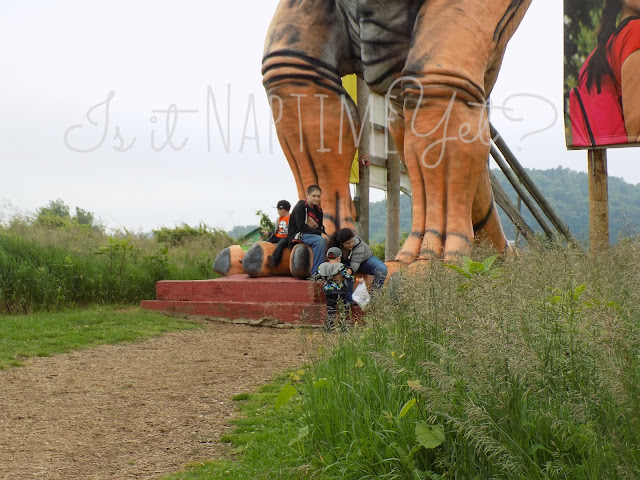 "I said 'smile and say DINOSAURS'!" 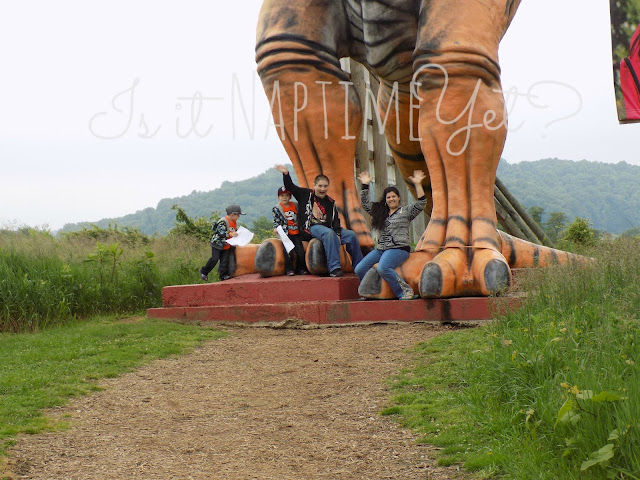 Group shot with Grammy and PopPop! 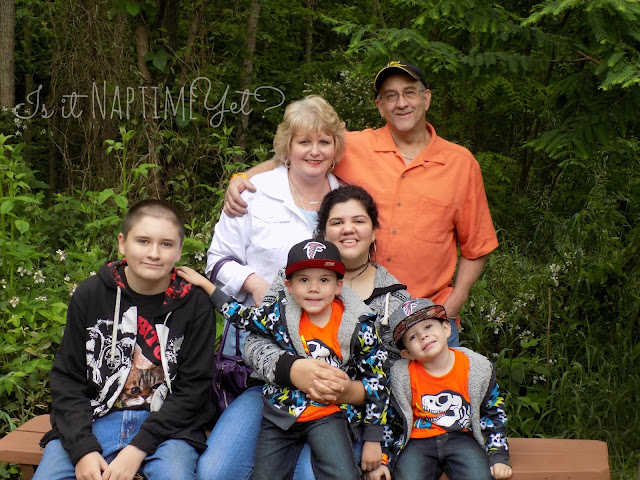 Oh, Christian. You could at least pretend to like us.

Actually, this was like the 10 millionth picture that we had taken on that bench but no one seemed to be looking in the right direction all at once or was blinking...so we had to keep taking them...over and over and over and OVER. Hence his "just take the $%^&ing picture, okay?" look.

Now, we're winding up with the end of our walk...but first let's see wooly mammoths!! 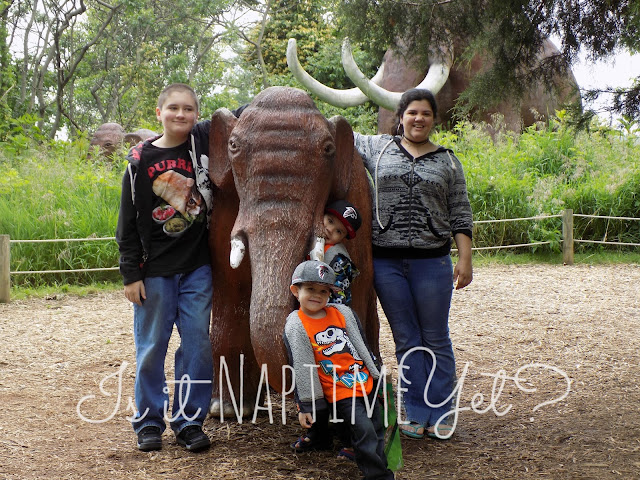 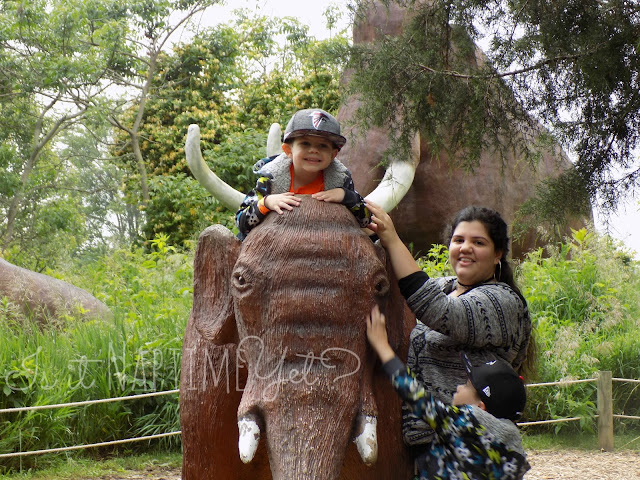 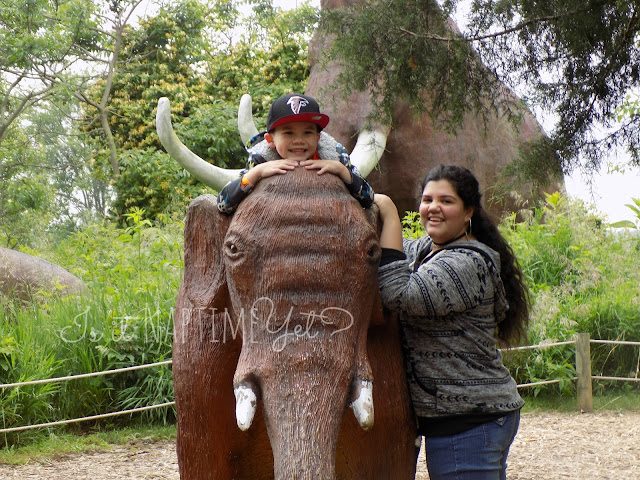 Oh, come on! How often in your life do you get to ride a baby mammoth??

...and then we have me. Let's not dig too deeply into what in the heck I was doing, okay? 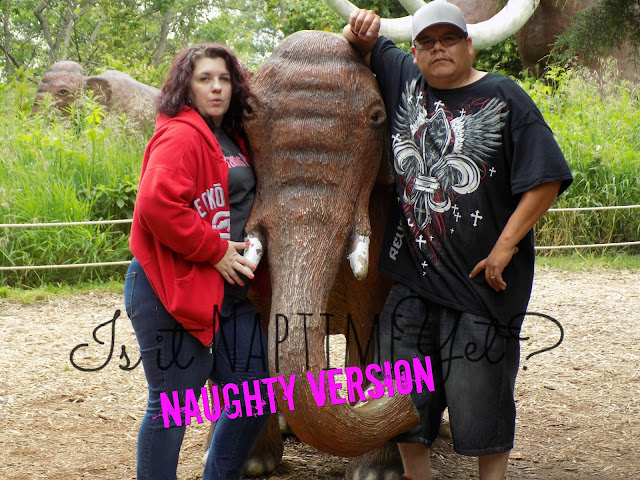 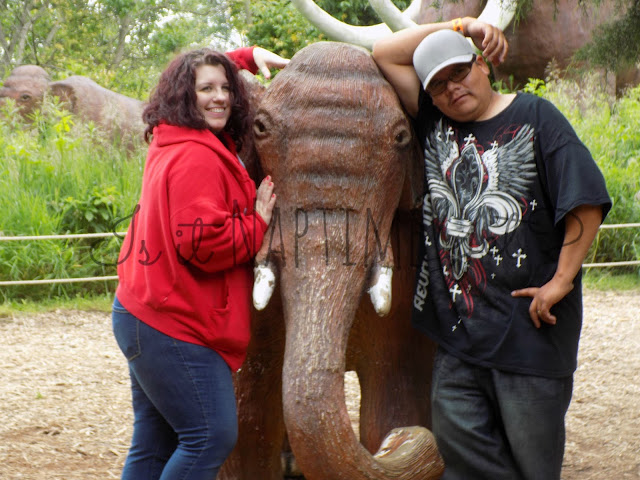 But then....I don't think he meant to stick his tongue out for the picture?? But I'm not entirely sure.... 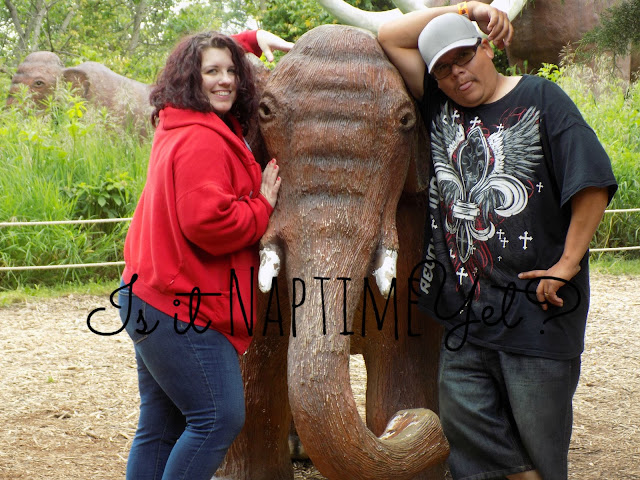 Christian is practicing his stalking skills.

He shows promise, lemme tell you!

Any girl would be LUCKY, just plain lucky, you hear?, to have this handsome guy stalking HER! 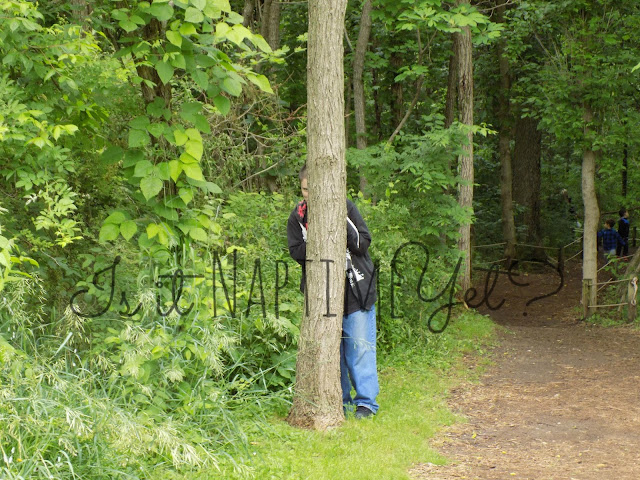 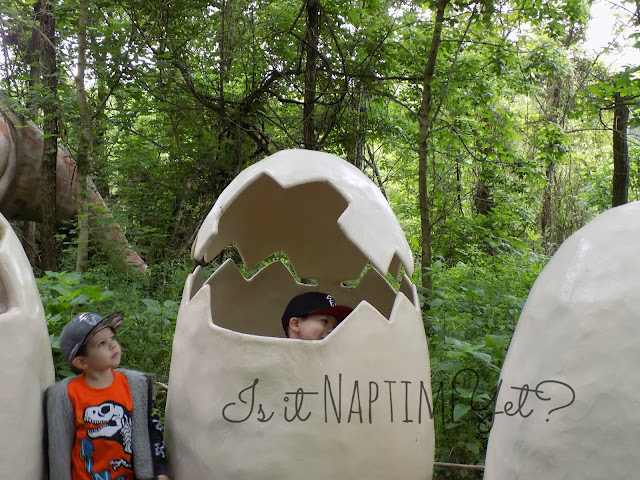 You can almost feel the excitement of his birth!! He came howling into this world! 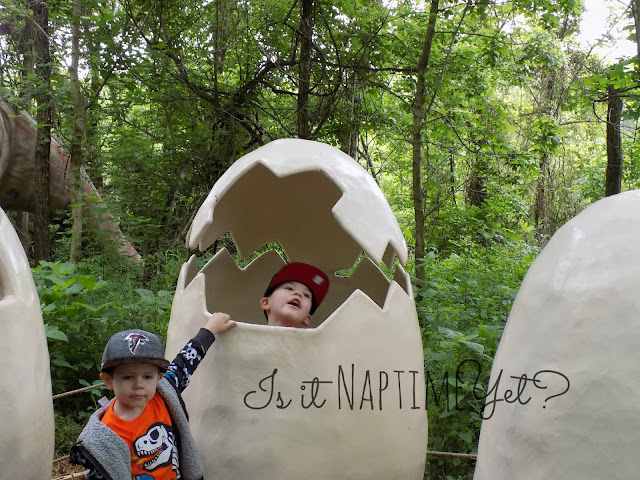 I decided that this egg hatched something a bit creepier.... 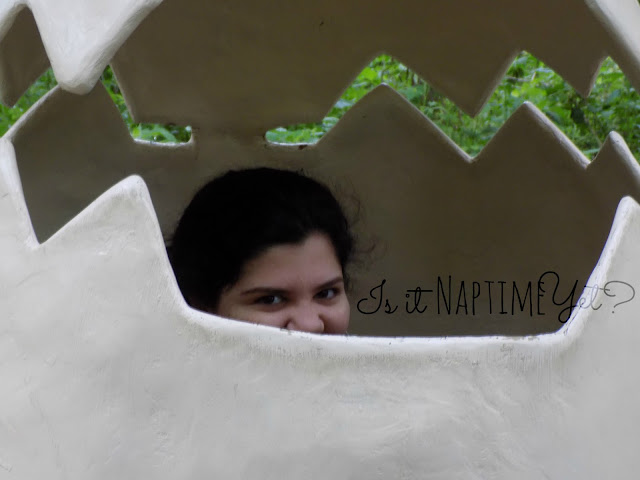 I left it alone. 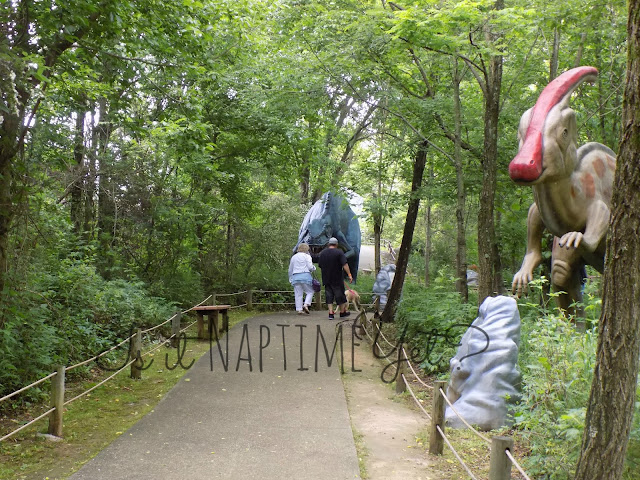 Hmm...mother-in-law & son-in-law...heading straight into the jaws of death... I wonder if my mom would trip Antonio to save herself, had this been a real dinosaur.... 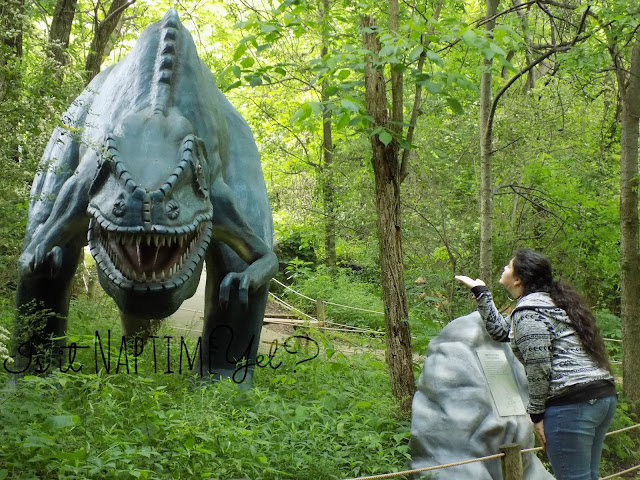 Here we have Mahri...still trying to get herself a date at the dino park... I've got to admit, she seems to have an eye for the bad boys...

But, no worries! Christian will defend his sister's honor!! 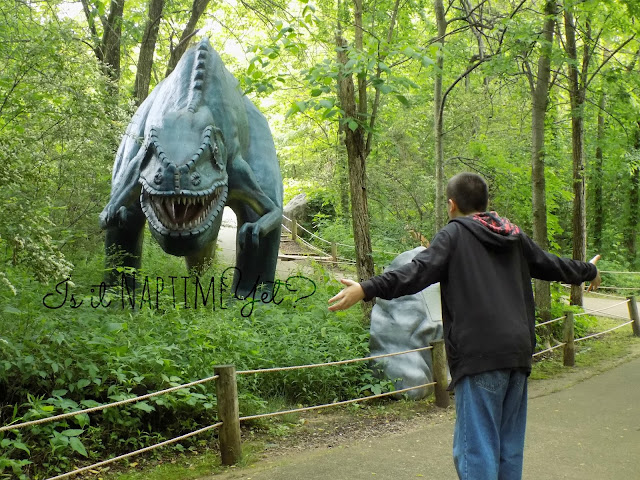 Guys, seriously, you need to go check out a Dinosaur World near you! This one is in Cave City, Kentucky but there's also one in Plant City, Florida and one in Glen Rose, Texas!

After walking through the park, we went to the gift shop and bought some souveniers...and some postcards for my readers that signed up for me to mail them one!

Unfortunately, you may want to steer clear of the toys in their gift shop. We opened the boys' toy dinosaurs as soon as we got back to the hotel and they broke in under 10 minutes...without them even being rough with them. They were pretty heartbroken.

Back at the hotel, after his dinosaur broke, Levi ended up passing out for a few minutes right where he was playing... I wonder if he was dreaming of jurassic adventures... 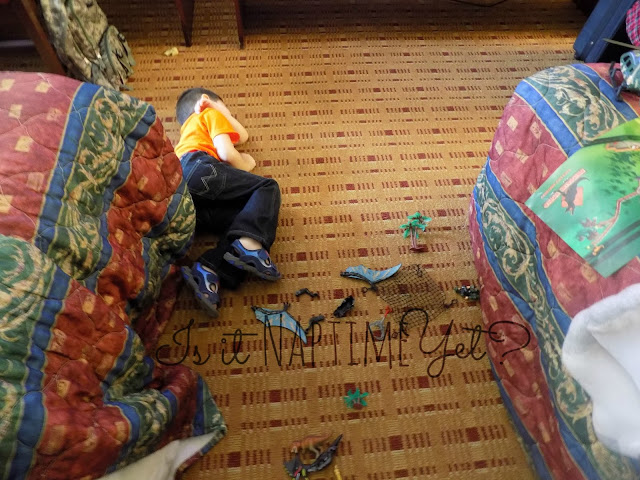 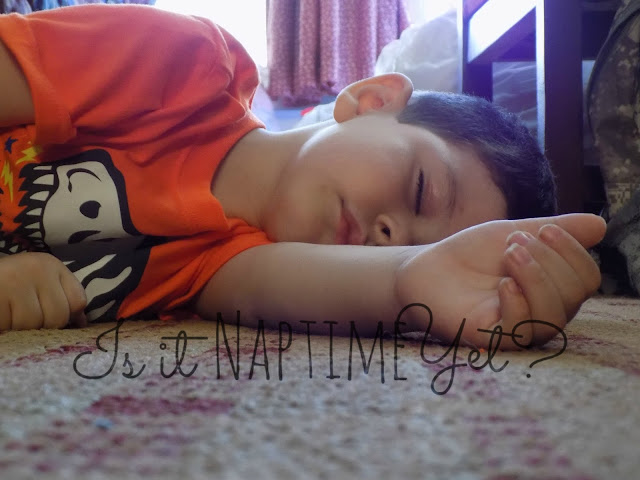