Ready for a dose of MY reality?

So, I've been pretty sick for a few days now...and before that, each of my three boys took their turns being sick.

So I'm just coming clean with what a peek into a typical day looks like around here. 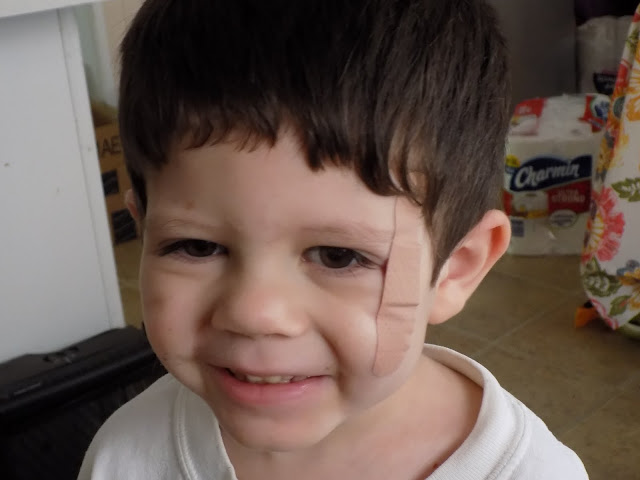 Levi and Austin were rough-housing and somehow, someway Levi cracked his head on the corner of the front door. Cut the side of his eye (not eyeball).

All day long, the poor thing cried about how his brain hurt.

Which is what he calls his head, so don't worry, no actual brain damage was done.

Now...if you're on my private FB page, you know that I was complaining about my walk-in pantry. I told you all how it was amazing how fast it could get completely messy and filled with expired food and stale half-eaten bags of whatever because someone forgot to seal the bag/box back up after taking a bite of whatever it was? Yeah. My pantry is a MESS. No joke. It's a disaster area.

People seem to love not closing up anything when they're done with it and just setting it back in the pantry, open, where it will either go stale or get spilled all over the floor. Or both.

No one (including me, apparently) ever wants to put things on the shelves and instead stacks all the cans and a lot of other edible crap on the floor.

What the heck is up with that?!!

So I am trying to work on cleaning it out so that it'll be easier to pack it up when we move.

I don't ever want a walk-in pantry AGAIN! I can't even reach the top shelf to clean it off. Not even on a chair! And there are spiders in there! The ceiling's over 9 feet tall!

Okay....so I'll give you an unprecedented glimpse into my disaster-area pantry, okay??

But you'd better be nice! 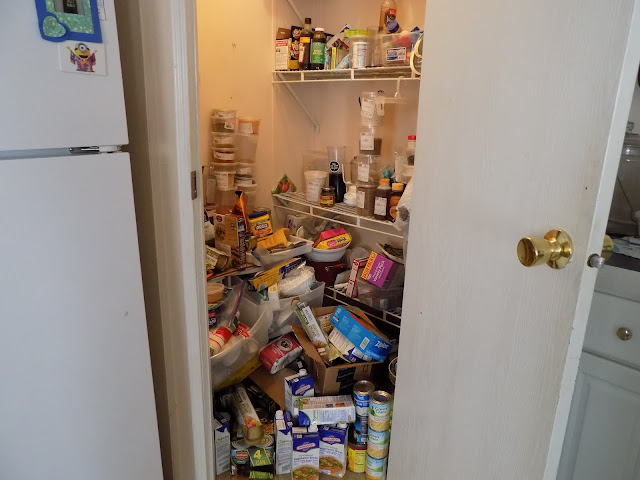 Okay, let me explain something...I have 2 sets of plastic drawers in there. And I had put a box of loose-leaf medicinal teas in an Amazon box in there...but someone else began piling other crap inside of it. I think there's a box of party supplies under there, too, from the boys' Jurassic Park birthday party. Also...my beloved farmers market puts all of the bulk spices and dried beans/flours/sugars into deli-type containers and so that's why those are stacked up in there, willy nilly.

I've been telling Antonio that I want to put them into labeled jars, nice and neat, for storage...so I finally ordered myself a label maker and I'm hoping to buy the jars this weekend.

Oh, this is so embarrassing.

Maybe Antonio will build me a cute little pantry (not walk-in) for me to store some of this food in at the new house. Something for me to easily reach everything. And no floor to pile crap up on. hahaha

I got a little bit of pantry-organizing done yesterday, tossed a ton of expired stuff.

Then I had to leave the house. 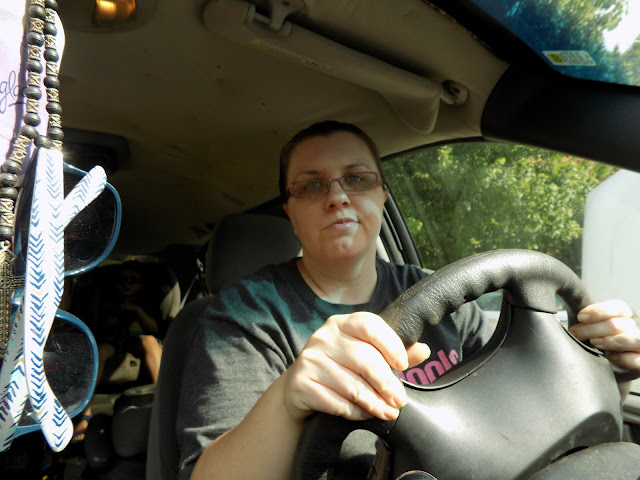 Taking Mahri to a birthday party for one of her besties.

I seriously contemplated parking on the side of the road and sleeping. 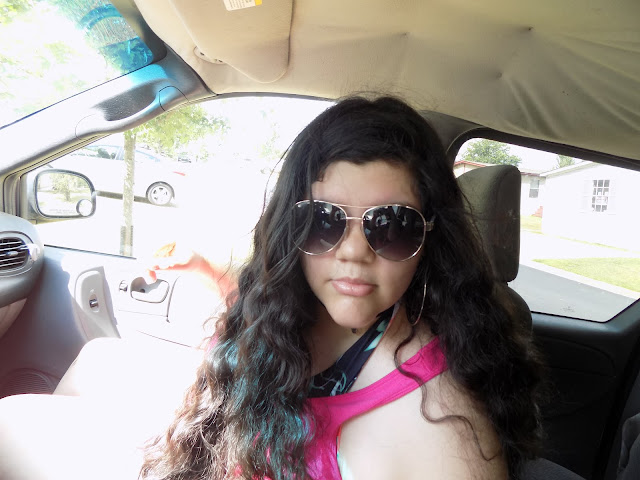 But this kid was determined to get to her destination. 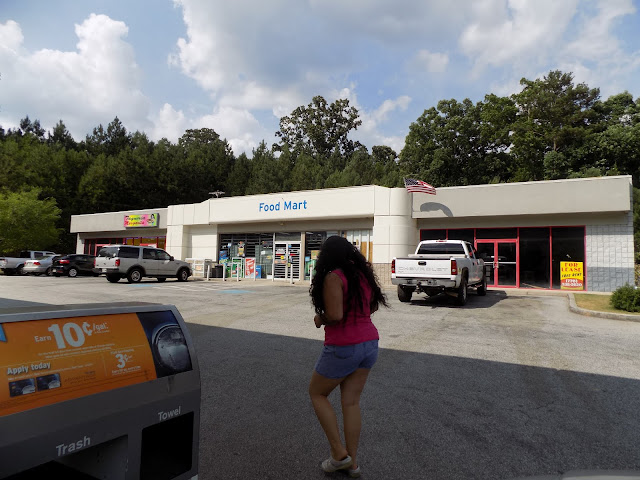 So I tormented her by taking odd pictures of her as she ran my errands like a good little minion child!

At which point, she came back to the car after paying for the gas I was about to pump and threatened me on the whole taking pictures bit, so it was back to the boring drive, sans camera. 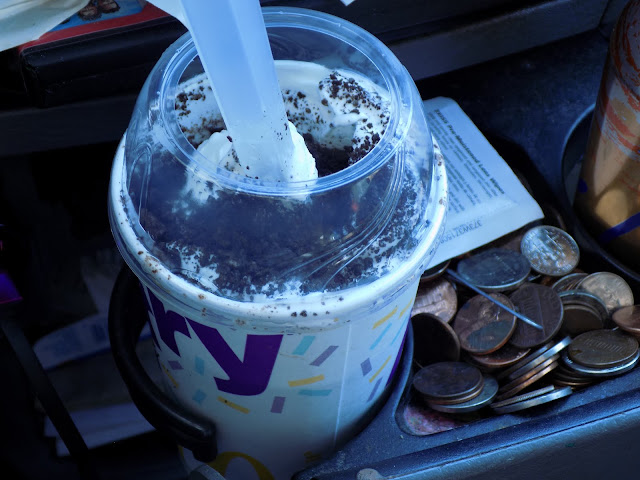 After we dropped her off, the little boys and I decided that an ice cream was in order.
(Christian was at work with Antonio)

We figured that when the temps are 2,493-degrees, ice cream is a must. 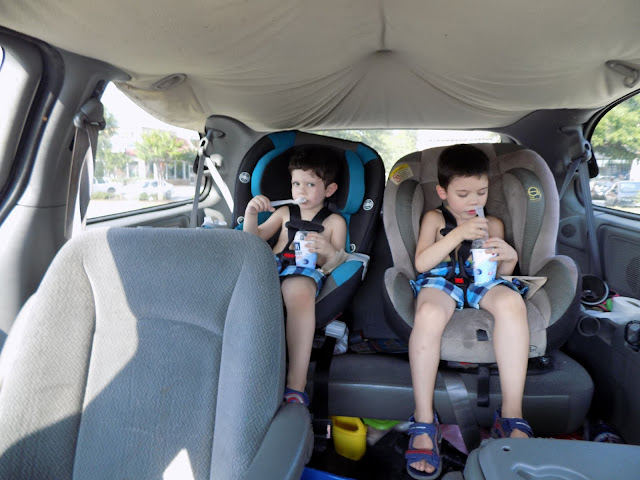 Then it was home to finish making dinner.

I had chicken thighs simmering in the slow cooker all day (sorry, veggie friends...I cooked meat yesterday)...and I just needed to transfer it to a bigger pot to add the noodles for something slightly resembling Pioneer Woman's Chicken & Noodles recipe. 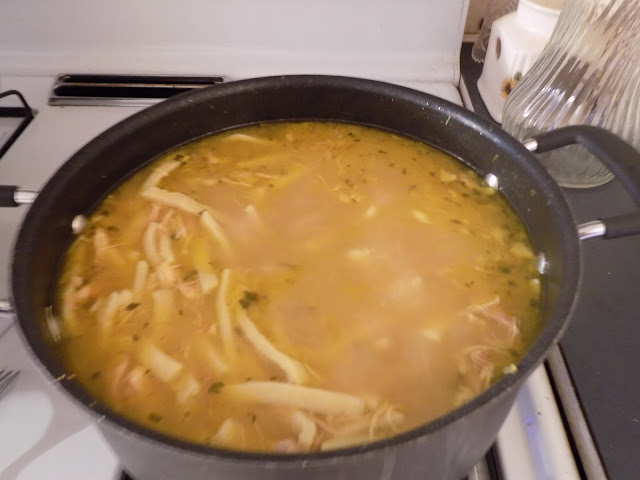 And then I played with my camera and the lighting, trying to get a good picture of the finished project. 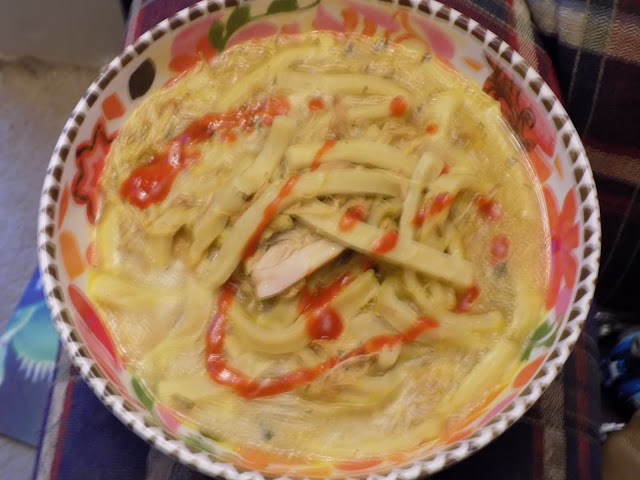 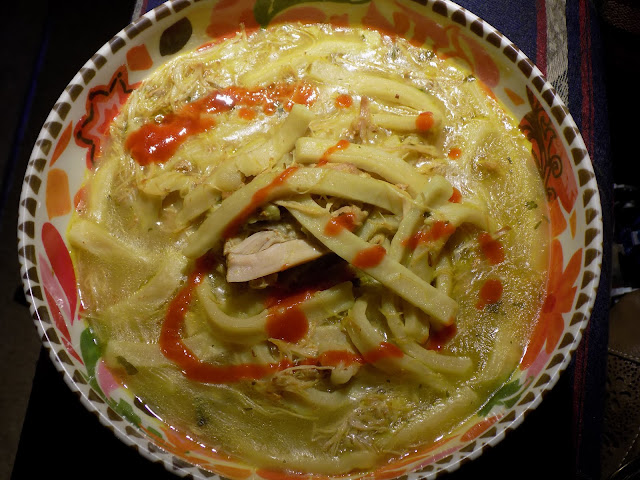 This may be the closest to a good one: 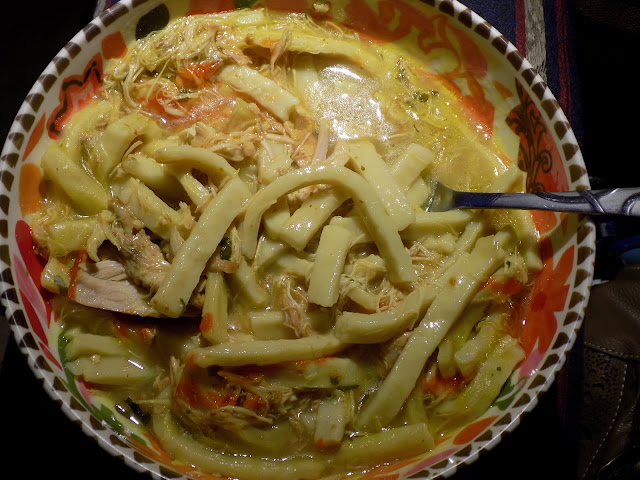 And that was my day yesterday.