I announced on Facebook last week that I had a little road trip coming up in the next month or so...well, I like to keep people on their toes...and robbers away from my door (haha), so I keep the dates and times and whatnot of when I'm leaving my house a mystery.

(Those who signed up for the "offical Naptime postcard mailing list"...you'll be receiving your postcards soon from our mystery destination!)

This past weekend...we went on an adventure!

I'll be breaking the story up into 2 parts. This is Part 1!

Our road trip...and reunion with my mom and dad!! 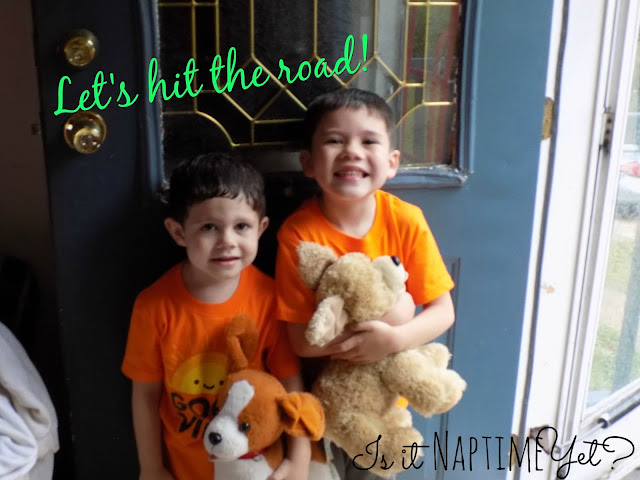 We hit the road at around 11 pm...we were all excited but kind of nervous because we weren't sure how Gypsy was going to do on the trip.

She's pretty hostile to other people in her valiant attempt to protect us.

But we needed her to be good for this trip and not go crazy in the hotel room...so that was our main worry.

Also, we weren't sure how she would do for the FIVE HOUR car trip, in general. Eek! 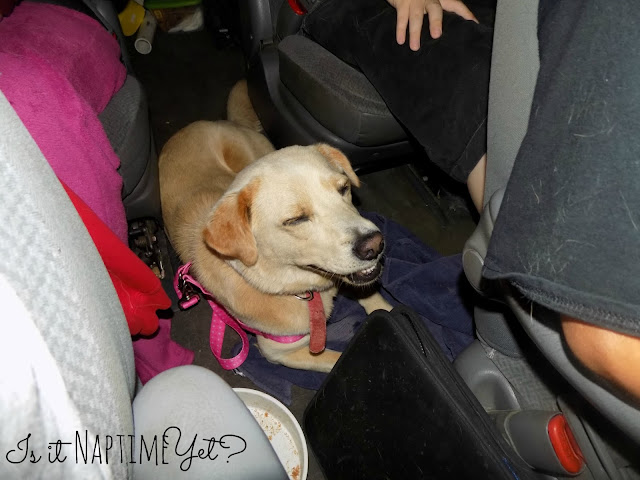 She ended up doing great! She only got sick once a couple of hours into the trip...note the blue towel she's laying on? Yeah. Poor girl tossed her cookies right away and then was pretty blissed out for the rest of the trip. See how big her smile is? Awww, pretty girl! 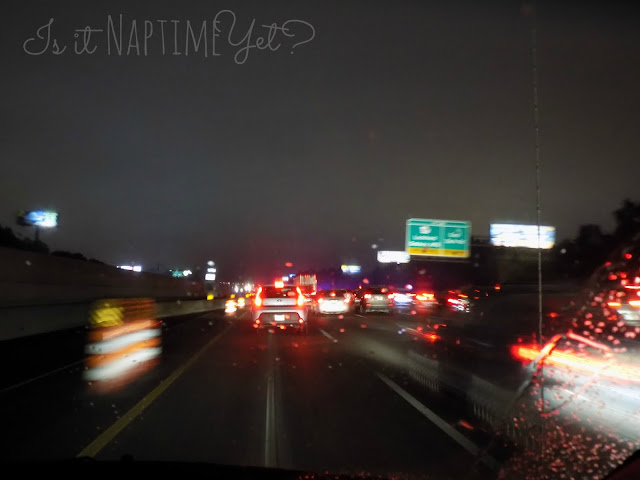 Lots of rain alllll the way up to Kentucky. 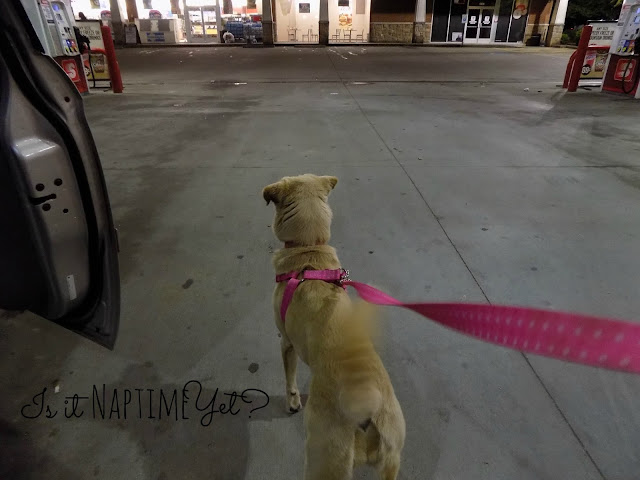 Someone was EXTREMELY excited for pit stops!

She was pretty freaked out when the "pack" split up and Antonio took a few of the kiddos in to the gas station for a potty break and to buy snacks. How can she protect them if they go IN but she has to stay OUT?! 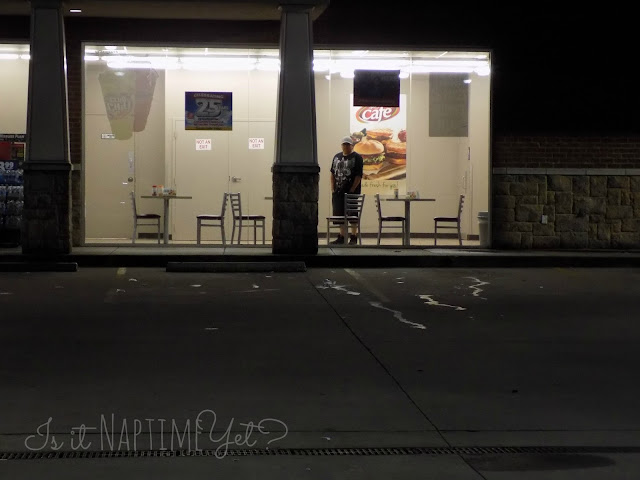 Antonio waiting for the kiddos to finish up in the bathrooms. 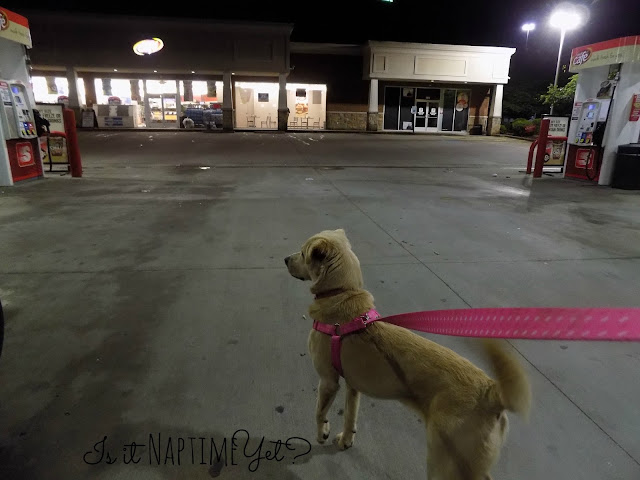 She was keeping an eye on anyone that dared to pull into the parking lot while we were there waiting. Don't let that pink harness and leash throw you off...she is fierce. haha 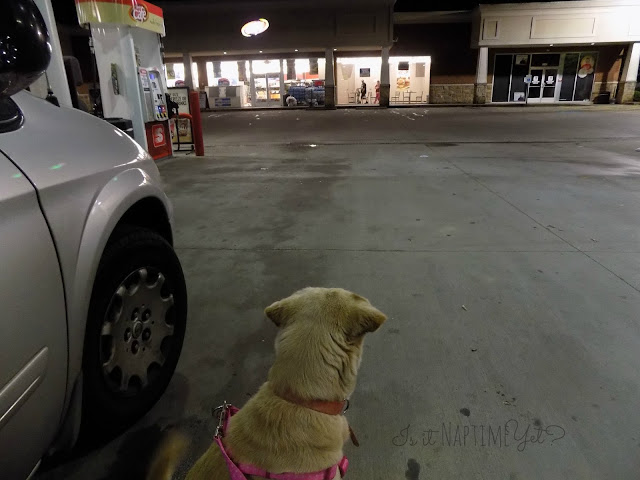 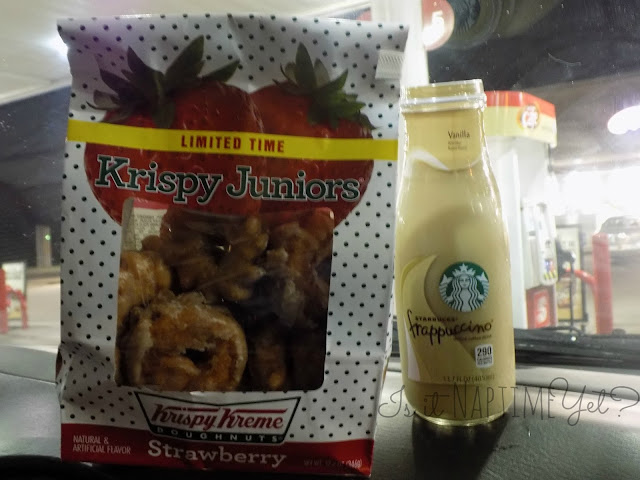 My crew picked out some yummy snacks for the road! 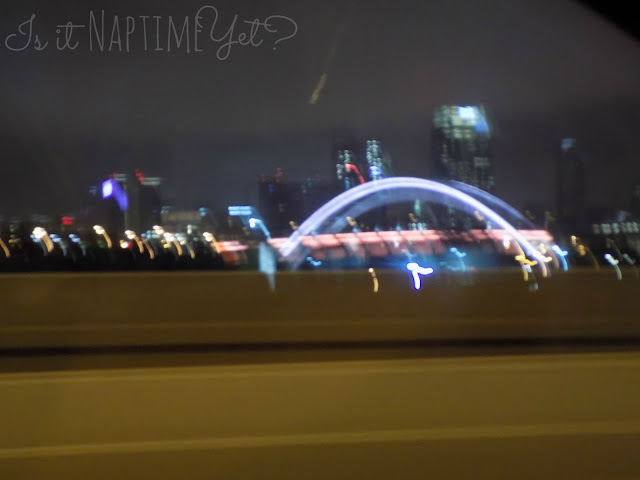 I wish my camera would've captured the true beauty that bridge was emanating! 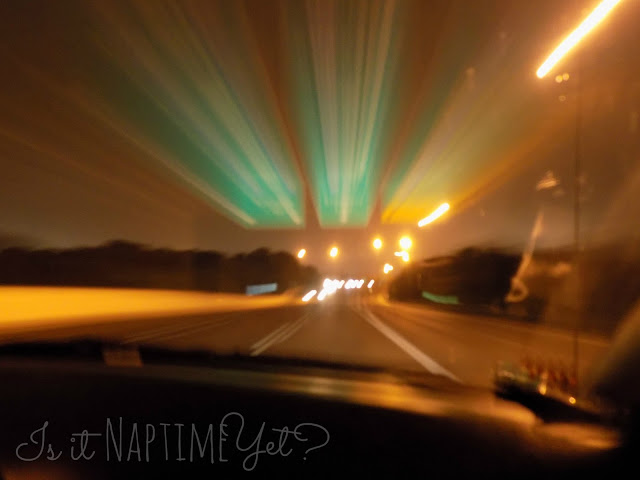 We ended up in Cave City, KY at around 3 am CST.

I had reserved a room at Motel 6 up there...the online pics were NOT promising but it's only $60 a night and kids and dogs stay free. So, yeah. Motel 6 it was!

It turned out to be nowhere near as bad as we thought! The room, though outdated, was big enough for all of us and had a large flat screen tv. And free (but weak) wifi. 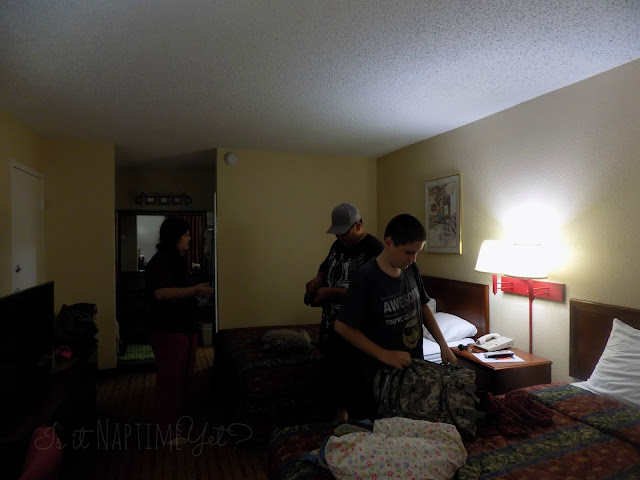 Antonio and I slept in one bed...Mahri and the baby boys slept in the other.

Christian opted for the floor on my yoga mat.

Poor Austin had gotten car sick after those road trip snacks, so he was a little...occupied....as soon as we got into the room.... 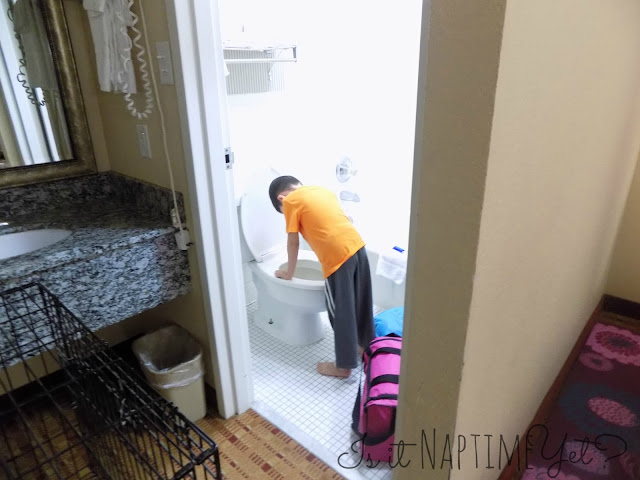 We set up Gypsy's super large crate in the room. We weren't sure how she would react in the hotel room and didn't want her freaking out and barking at everything. We thought that her crate and familiar pillows and blankets would help to calm her. And it did! Most of the time she got to hang with us on the bed but when we went to grab something to eat (the restaurants we went to during our stay were right across the street) and sleep, she slept in her crate. 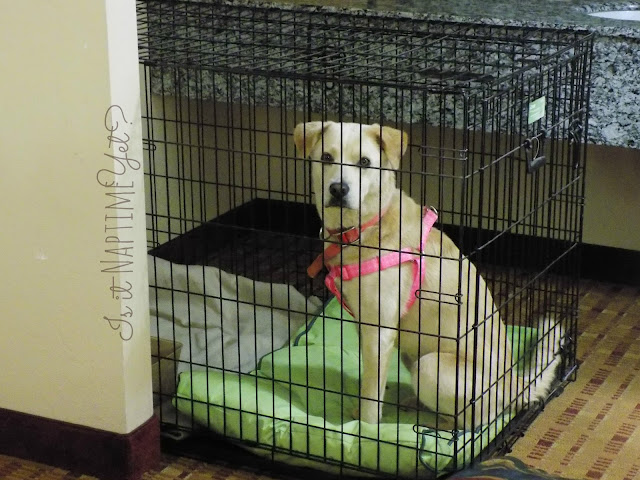 Christian wants it on the record that yoga mats, although cushiony, are NOT as comfortable as an actual mattress. And Levi, in his sleep, kept dropping his stuffed dog on Christian's head. haha 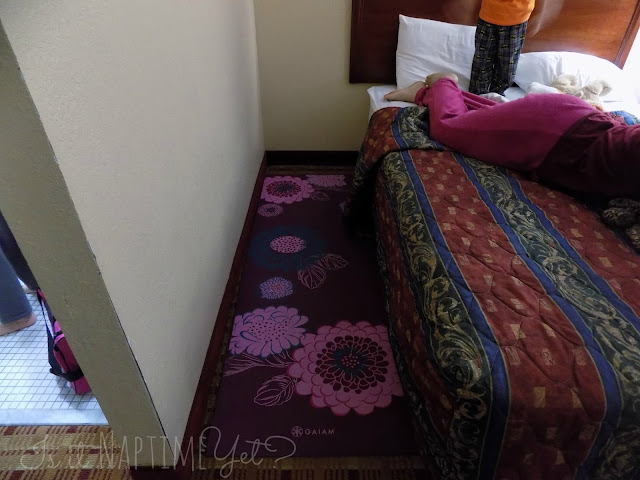 We only got probably 2-3 hours of sleep before we had to get up...because my mom and dad were on their way from Ohio!! 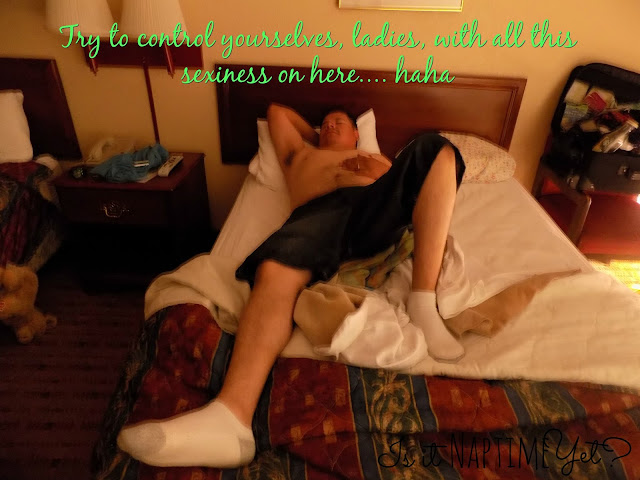 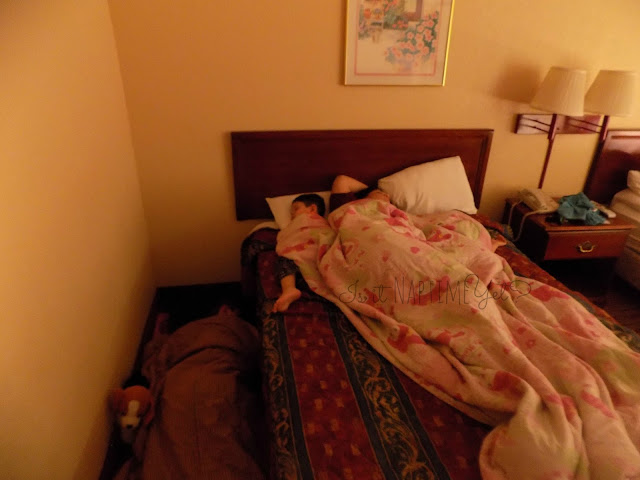 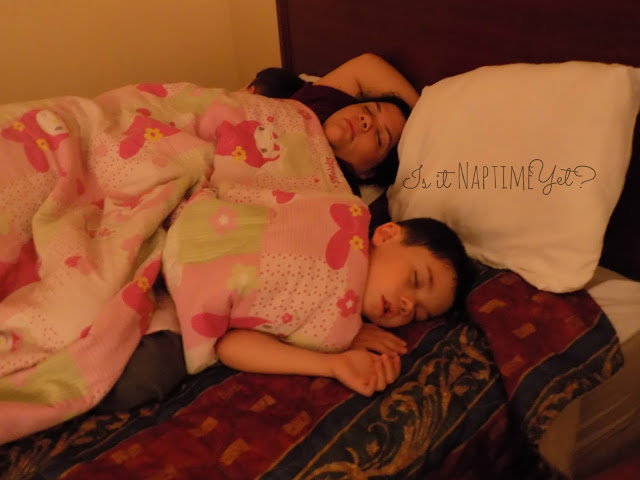 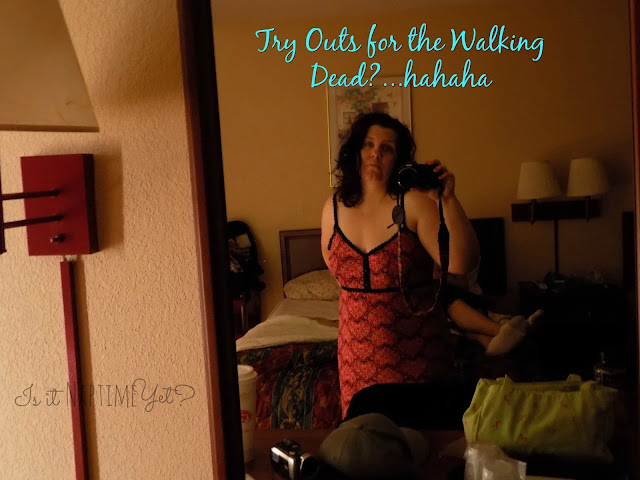 We got up and dressed and ready to meet Grammy and PopPop! 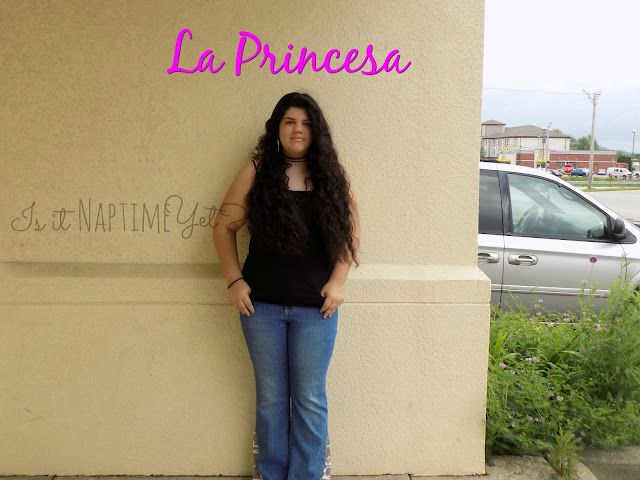 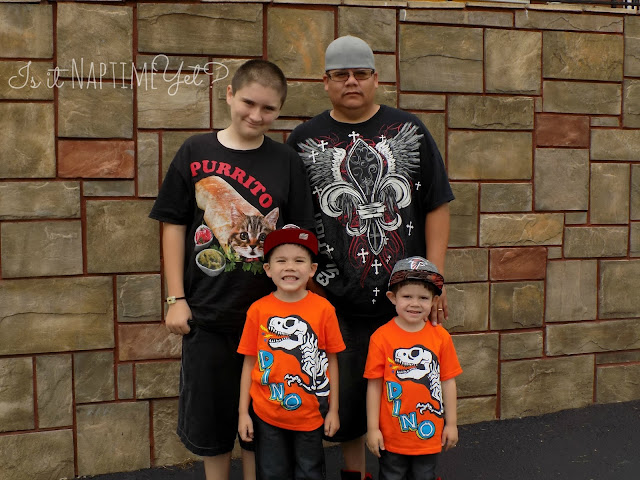 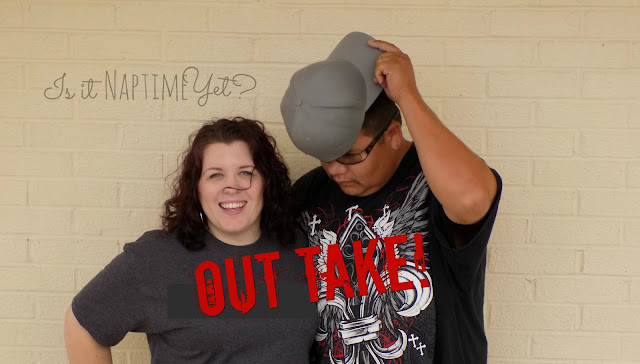 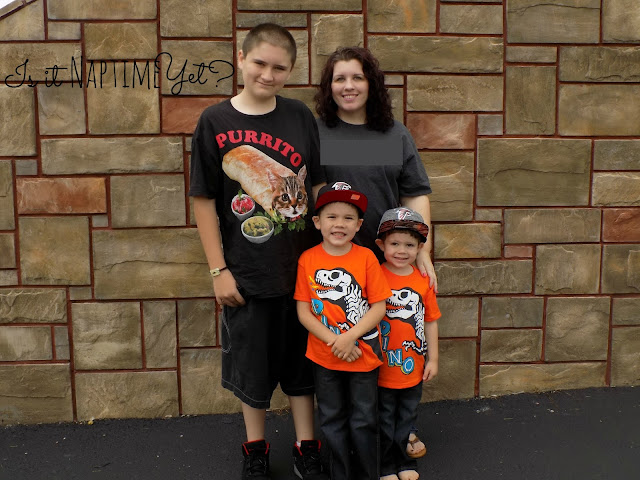 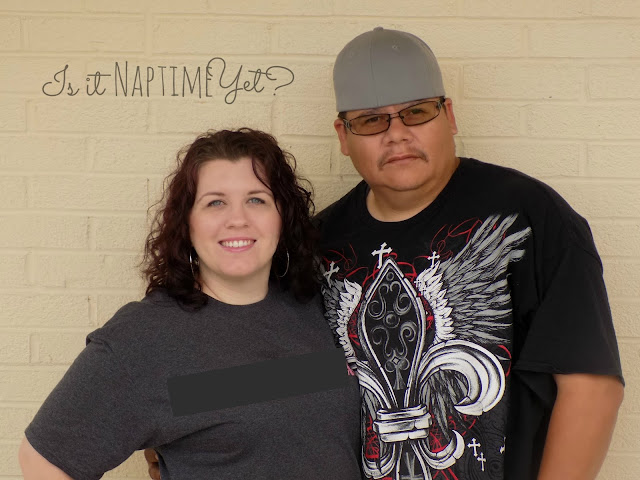 A short little jaunt across the street to Cracker Barrel for grub! 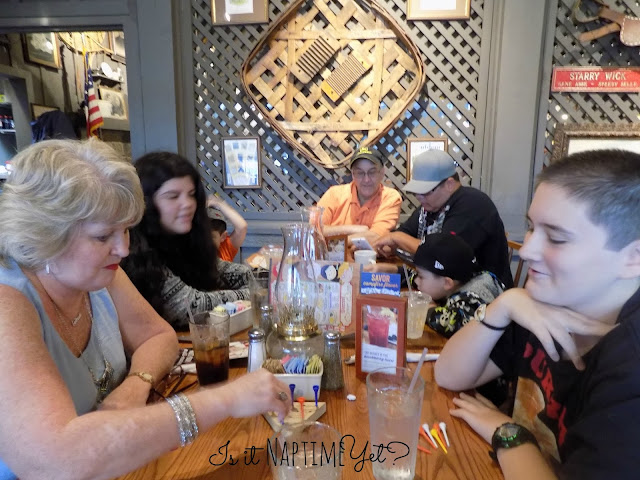 Christian beat my mom every time. He tried to let her win..but she yelled at him. hahaha Levi's waiting excitedly for his macaroni and cheese.

One waitress came over and told Mahri how beautiful her hair was. Later, she came up and told Levi how much she loved his Falcons hat.

Every single person that was working at the Cave City Cracker Barrel was totally amazing and we got the best service there than we ever have at any other CB we've ever been to! 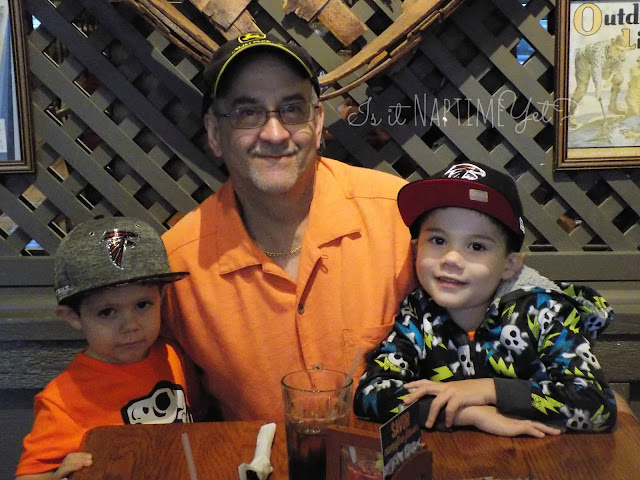 PopPop and the little guys. 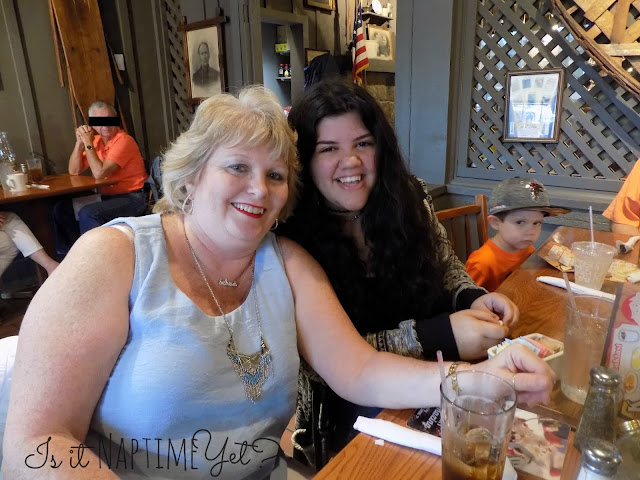 The lady and gentleman behind my mom and Mahri kept giving us weird looks because I had both my regular camera AND my vlogging camera...I probably DID look slightly photo-obsessed. hahaha I blocked his face out, though, lest he be in the Witness Protection Program. ha! 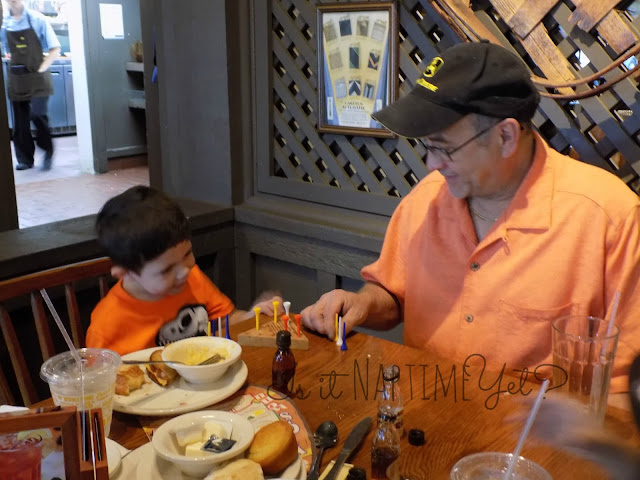 PopPop and Levi bonding over table games. In their matching orange shirts! (totally unplanned but still a pretty cool accident)

And after our meal, it was time to go on the main adventure!

The little guys got to find out at the table at Cracker Barrel where we were going...and they were pumped!! Though, I may have been more excited than they were, truth be told.

Just wait til you see where we were heading....