We're going to have a minute here, in this blog post, to speak as friends. I need a friend to talk to....and you're here, so will you sit with me for a few minutes? Let me unburden myself?


Do you ever just feel alone in a crowd? 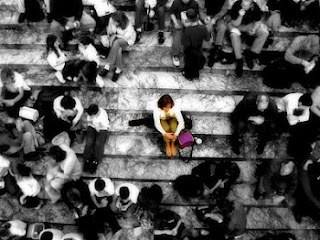 All the time lately.

I just feel like I am going through some things that not many people can relate to...or even know the first step in dealing with someone like me. Most are quick to offer suggestions, offer prayer, offer sympathy. I don't want that. (though prayers are always much appreciated!!) I just want to feel normal again. I feel like I've fallen down a rabbit hole and have gotten lost in a maze.

Sometimes I feel like maybe God has left me, too.

Oh, I know that He hasn't. He's there, somewhere, watching over me. Maybe this is an exercise of faith...but it's been going on for years and I don't see an end in sight. In fact, things just get steadily worse instead of in direction of better times.

Do you remember, awhile back, I told you how I thought that maybe we had black mold? That I was feeling this weird lightheadedness...? It's all the time, whenever I'm out of bed and moving around. When I'm lying in bed, it seems okay, but if I'm up, I'm feeling....off. And so tired. Pretty much every symptom I have is on the list for mold toxicity/illness. And, for awhile, I had convinced myself that it was nothing big. I mean, I can't leave here, it is literally impossible at the moment. So why worry about things that I can't change, right?

But...I'm beginning to worry that there is something seriously wrong with my brain or my head or something. I had a CT scan & blood tests less than a year ago and they showed nothing wrong, which is another reason I'm tempted to lean almost all the way in the direction of mold poisoning.

HERE is a great that gives a great list of mold illness/mycotoxicosis symptoms and explanations as to what mold illness is. Go read that site and tell me that it doesn't scare the sh*t out of you. Because it scared it out of me. Not literally, thank God, because I am too tired to clean it up. ha

My head is just always feeling weird. Almost like severe sinuses....or being buzzed....but not quite either. I have memory problems...really bad. Yesterday, Antonio and I went out on a lunch date and he had to remind me several times of what I was saying...in the middle of my saying it. Like, the words were out of my mouth and 2 seconds later, I forgot them.

What if it gets worse? What the heck am I going to do then? I have trouble blogging sometimes because I can't get a train of thought going. I used to be able to multi-task like a boss...but now I usually have to focus on one task at a time. No bueno for a home business-owning, home office-running, homeschooling, blogging mama of four, ya know?

And it's only going to get worse, the longer I stay here, if it is black mold. And there is no way to treat it as long as I'm still living in it. So I'm just praying, at this point, that whatever is plaguing me isn't permanent. That it will go away in time. Hopefully sooner rather than later.

I've pretty much been housebound for months. Sometimes Antonio or the kids can convince me to get out of the house (like Antonio did yesterday, he was just so sweet asking me to go out with him)...but otherwise, I just can't. I'll get up to take a shower..and that alone just wears me out and I don't want to finish getting ready. Who the heck gets wore out by a shower?! 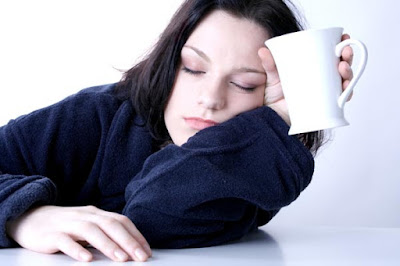 And let's not talk about my anxiety attacks. Because those have been really.really.really bad at times. Like, convinced that I was dying and calling to beg my husband to come home so that the kids could have at least one non-crazy parent in the house. Thank God those seem to be diminishing, because they were literally sucking the life out of me. (anyone who suffers from severe anxieties knows what I'm talking about)

I hate unburdening to people. I did to a certain friend (sorry, M!!) and I felt so horrible because I know that she is going through a lot of junk herself and doesn't need my sorry butt to bring her down any further. I never want to drag anyone down. So I'm just writing this to....no one in particular, but everyone in the world, if that makes any sense.

If you could say a prayer for me. Send me healing thoughts. Whatever you believe in. I know that God is out there, somewhere, rooting me on. Watching how I deal with all of this. But, ya'll...it's getting hard. I need all the help I can get.

Thanks for being there for me,
Monica