The Beginning of Spring Cleaning

Yes, yes, I know that it is only January...but it's almost springtime here!!

All of the messes and disorganization was driving me batty, so yesterday we took a trip to The Container Store and today we ran to Home Depot.

That place is heaven on earth for me.

(I also had a really nice little conversation with a gentleman who had stopped to talk to my little boys...who were spinning on a stool...we talked about kids and just parent-stuff...before a group of people began asking him for his autograph...turns out it was Charles Barkley...the world-famous basketball Hall of Famer and two-time Gold medalist!...I thought he looked familiar, but couldn't place it...hahaha.. Before we left, we saw him in the checkout line and he told my boys to be good, get good grades and then gave them high-fives. I wish my boys knew how awesome and lucky they were....a Mr. Barkley actually came up and talked to them for the simple reason that they are pretty cool boys! And, I've got to say, he was a really nice guy and I'm so glad that we got the pleasure of just having a nice casual parent-to-parent conversation with him.)

Check out a couple of the goodies that I got at The Container Store (I'm totally going to try to talk Antonio into taking me back this week or weekend...I love that place!): 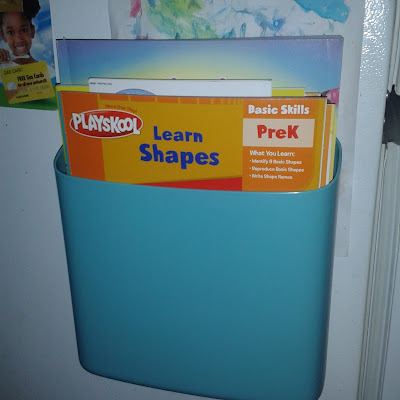 This is held to my refrigerator with two super powerful magnets! I put most of (all?) Austin and Levi's workbooks in it, so that I can grab them easily, instead of being buried on the bookshelf in our living room. 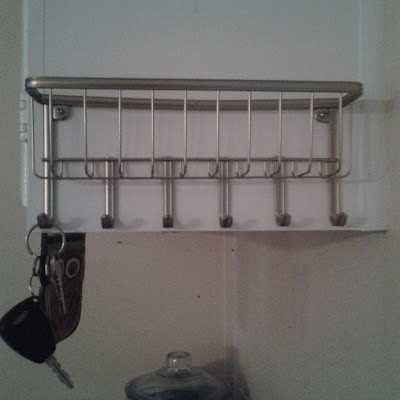 I am tired of bills and important mail getting lost or knocked off the bar and falling into the dogs' water bowl. And it'll keep our keys handy.

I also got a little countertop organizer for the big kids' bathroom and a large heavy-duty zippered pocket/envelope thingy for Antonio to keep work receipts in. We also bought 2 mini scooper things, like you'd scoop oats out of a barrel with? But really small... And I put those in the little boys' sensory bins for scooping rice. They love them!

Then...I decided that it was time to work on MJ's closet. Her bedroom looks like a bomb went off in it. Clothes and God-only-knows-what piled e-v-e-r-y-w-h-e-r-e. She said that her dresser was so full of clothes that the bottom of the drawers broke off. And her closet was just not conducive for storing all that she needed to put in there. Not if she ever wanted to find it again.

So we bought a 6-foot shelf and brackets...then realized that it wouldn't fit in her closet just right right, so we cut it in half and put in 2 half-shelves. And I bought a little set of mountable baskets to hang on her closet door, for her perfumes and lotions and other little things that she wants to put in there: 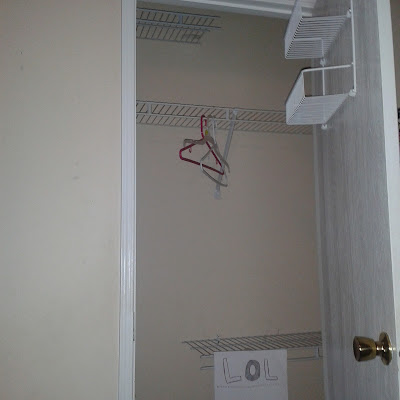 The shelf in the middle was there when we moved in...Antonio installed the half-shelf all the way up at the top and then the one with the "LOL" sign on it. We're also planning on putting ClosetMaid mountable baskets on the closet wall opposite the bottom shelf for her pajamas and unmentionables. I'll try to get pictures when we get those in!

MJ also got this awesome nail polish organizer for Christmas, so Antonio hung that up for her, too. She is so excited to start cleaning her room....I'm only wondering how long that's going to last. hahaha 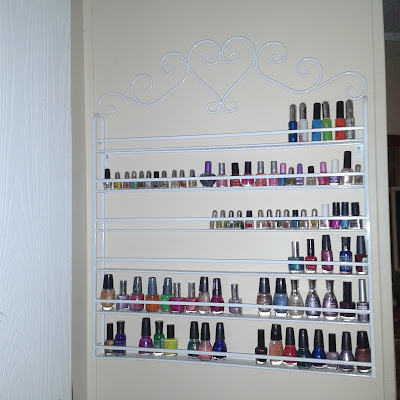 How awesome is that?!! I want one for myself!!

Also, Antonio is finishing up the birdcage...putting on the (hopefully) final coat of clear: 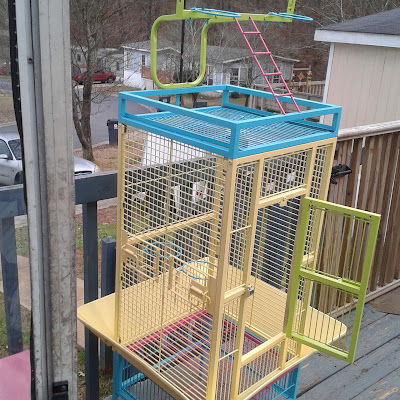 And...you, know, I've been making sure that our school days are running smoothly.... 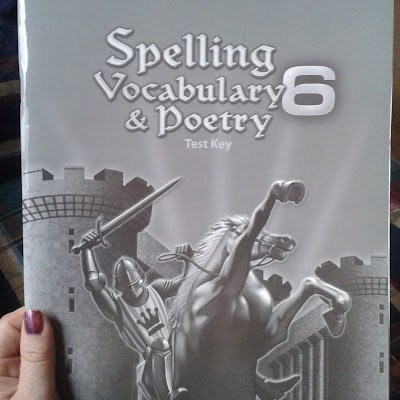 And that, my friends, has been a little of what I've been up to the last couple of days. Well...I guess it's mostly what Antonio's been doing...haha

How have you been?
xoxo
Labels: everyday life MJ organizing