Santa Claus must know how much we love playing games together, because not only did he bring us Chutes and Ladders...but he brought us the retro 1970s version!! 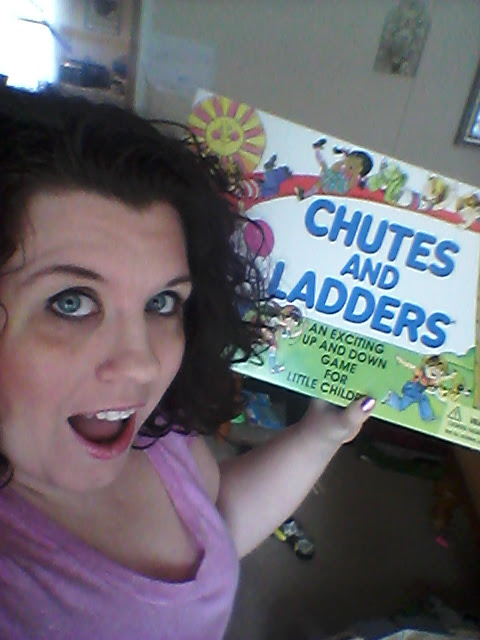 I usually hate when they reinvent the wheel, so to speak, when it comes to old board games.

Maybe just because I love the nostalgic feeling I get when I play the same version with my kids that I played with my parents when I was a kid? I mean, did you know that the redid CandyLand so that it doesn't use colored cards but a spinner instead? Boo!

Something my 3 year old is in dire need of, we learned.

Here are some pictures of my littlest guys' first time playing this awesome game: 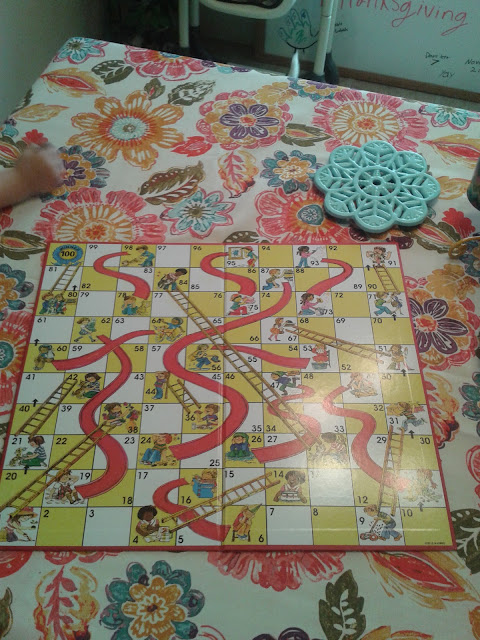 Notice the whiteboard decorated for Thanksgiving in the background? haha
Yeah. I need to get on that. 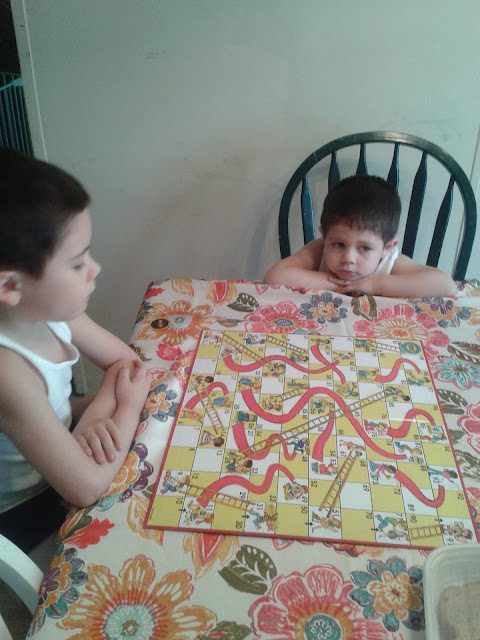 Here they are, patiently waiting for MJ to join us..... 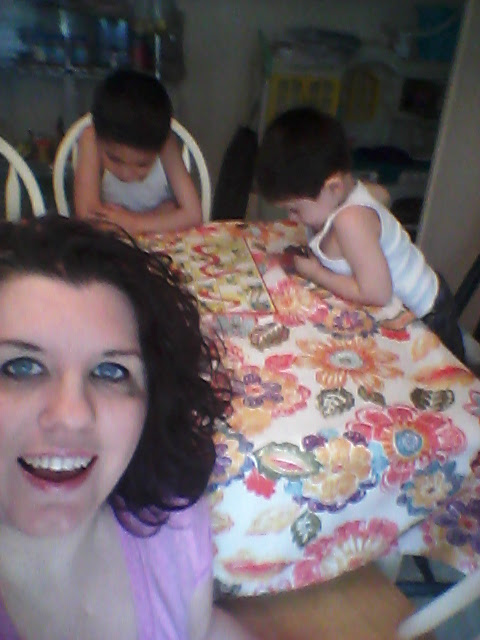 hahaha, like the smeared eyeliner?? Only the best for ya'll! ::wink:: 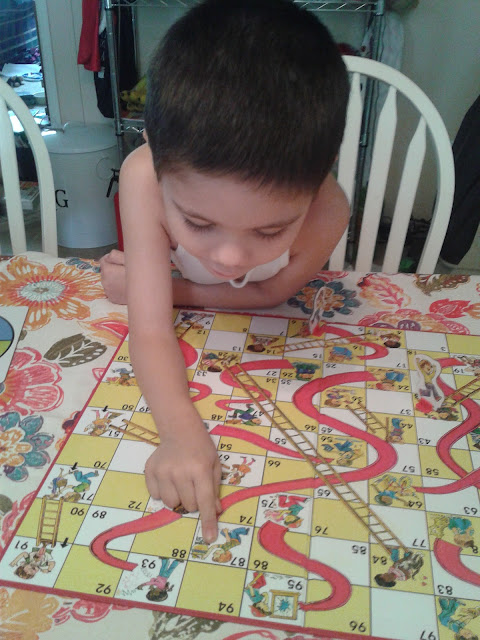 Checkin' out all the nifty slides and ladders. And discovering what happens when you're naughty...whoosh!! 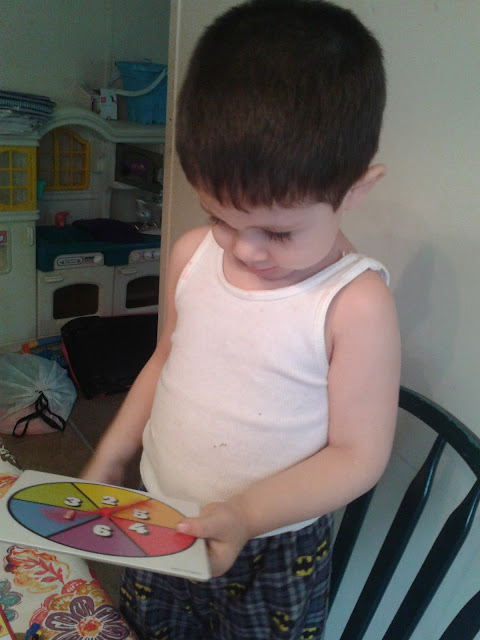 Moooom, stop taking pictures and let me know how many spaces to move!! 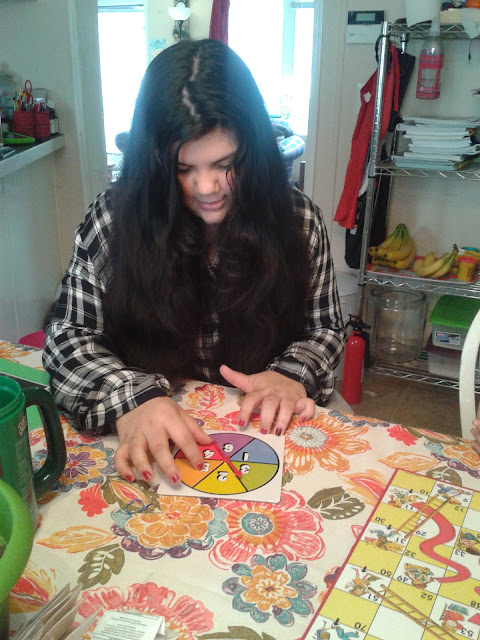 The boys were so excited that Sissy hurried with her schoolwork, so she could play with us!

Near the end of the game, both boys were getting irritated...mad that they hadn't won yet...suddenly, Austin hit the Chutes and Ladders jackpot, on square 80...the ladder that leads straight to the winning square...Levi was less than thrilled, as you can see here: