Today, I heard the horrible news that a friend of ours back in Ohio had a heart attack yesterday. He is doing okay now....but his wife (one of my close friends since high school) announced on Facebook that he had 100% blockage and had to have 2 stints put in. That is terrifying. I haven't been on Facebook in almost a month, but my daughter saw the post this morning.

Antonio and I just watched "Forks Over Knives" together a few nights ago and it really got to us. While I have been working my way up to becoming vegan for awhile now, the documentary really made Antonio sit up and take notice. He said that he is also done with meat and dairy and eggs. And most processed foods. The Standard American Diet (SAD) really is going to kill us all, if we're not careful. Having him on board for this journey (becoming vegan) really does help. Believe me, trying to change your eating habits so drastically when every one else around you is eating all of the crap food that you love....it sucks. So now that he's wanting to make this change with me, woo hoo!, it's like finally having someone in my corner. Even my big kids are on board. For the last two weekends, Christian has gone to work with Antonio...at lunch time, they went through a drive-thru window, like usual, and Christian ordered salads both times! Antonio said it was really awkward for him the first time because he (Antonio) ordered his regular burger and fries and then Christian leaned over him to order his own meal...a large salad. haha! Atta boy! The second weekend, they both ordered salads and plain baked potatoes. 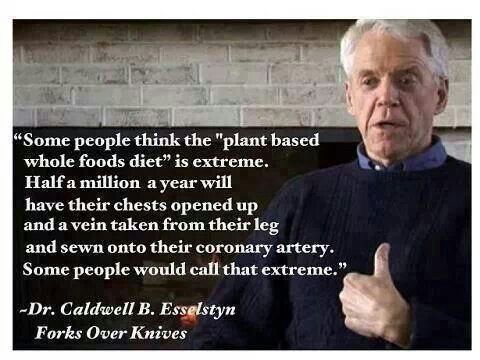 (For those questioning Dr. Esselstyn's background and credentials, take this into consideration: he received his BA from Yale University. Received his MD from Western Reserve University. He is a top surgeon at the world-renowned Cleveland Clinic in Ohio and has been associated with them since 1968. There, he has served as President of Staff and a member of the Board of Governors. He also chaired the Cleveland Clinic's Breast Cancer Task Force and headed its Section of Thyroid and Parathyroid Surgery. He is also a Fellow of the American College of Cardiology. And that's not even close to being all that he has proven himself at....read much more about him and his accomplishments HERE.

But Antonio still wasn't 100% understand the *why* of this lifestyle (he was just doing it as means of weight loss)...until he watched "Forks Over Knives" with me and then later we watched "Cowspiracy" together, as a family. Now he understands is really on fire to get healthy. 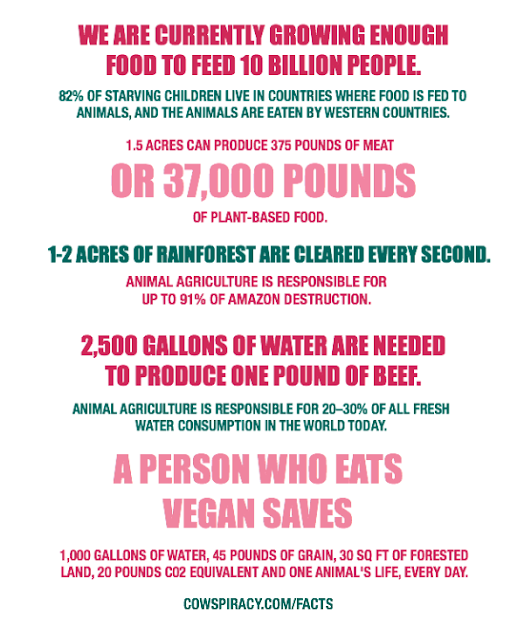 Last night was a rough night for me. Dinner ended up being ruined because my stupid refrigerator acted up (it's older and wonky) and froze the fresh basil I had inside. I was supposed to be making an oil-free pesto sauce, so having my basil ruined really just sent me over the edge. (I have been super stressed about our home probably having black mold and our not being able to move out) So I told Antonio to just go pick up some McDonalds for dinner. He refused. Said that he wasn't going to feed the kids that crap and that he wouldn't let me ruin all that I've been working for.
I was livid.

But then he said, "Fine. What do you want?" And when I started thinking about it, I realized that I didn't want to give in, either, because I really do want to make this change. Which...strangely...pissed me off. hahaha I was pissed off because I wanted to eat something convenient...but when I thought of the slimy cheese at Taco Bell or the ground up flesh in a burger...that just really seemed...NASTY. And it pissed me off that my way of thinking had changed so drastically. hahahaha So I went to bed with no dinner at 7 pm. All I had eaten yesterday was 4 clementines. I was hungry but stubborn. Eventually, I fell asleep.

Then, this morning, while I was eating a bowl of clementines (what IS it with me and the clementines?? Maybe my body is craving the vitamin c...) I heard about our friend having his heart attack.

Now, more than ever, I am determined to continue on this healthy journey. No more meat. No more dairy. No more eggs. I'll still eat honey, especially raw local honey, but other than that, I am going to try to stick to NO ANIMAL PRODUCTS. I am going to raise my kids to know how to make healthy food choices. How to treat their bodies like temples and use God's plants to live a healthy and vibrant life.

Because if I don't teach them....who will? 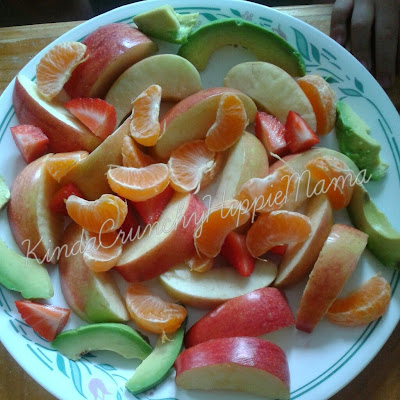 (One of the fruit plate lunches I make for my boys)