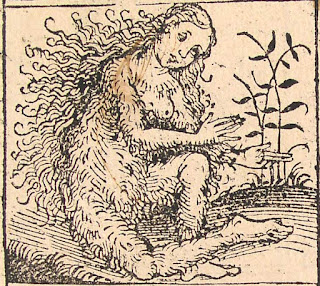 I jumped on the "No Shave November" bandwagon.

Which really probably isn't a bandwagon for women...or for anyone anymore since it's 2015...

And, just between you and me...I didn't start it because of No Shave November. I came late to the game..started about a week ago...because of a vlogger/blogger named Azalea.

She made some AMAZING points on why and how we women have become a slave to the commerical industry. Like, we totally got owned.

And it pissed me off, just like it did her.

So when I decided to stop shaving my underarms, I figured that I could cover my butt by just blaming it on the whole "No Shave November" premise. And that would, at least temporarily, save me some explaining and alleviate some of the embarrassment. Like, dude, it's cool. Hairy armpits are safe for another week or so, because, you know...No Shave November. But then my plans were to continue on, growing armpit hair, all willy nilly, with little regards to the date.

And I don't think my husband likes it.

Especially when I casually petted my pelt, proud of what I had grown....

Or maybe he was jealous??

Azalea said it's hot. I mean, I didn't do it so that I would be uber sexy or whatever...but it did help to seal the deal that I would not be tossed aside, like yesterday's hairy newspaper.

And Antonio used to say how body hair on a woman was natural and beautiful.

But I think that now that it is staring him in the face....he may have second thoughts about that.

Little Austin (4 y/o) has had this thing where he, ever since he was a teeny tiny peanut, will stroke my underarm to calm himself or go to sleep.

Well, we all thought that hairy armpits would dissuade him.

But it doesn't. Today, he lifted my arm up and gasped "MOM!! You've got hair under your arms!! LONG HAIRS!! Woah!!"

And that was that. He went back to playing with his dinosaurs.

I have no willpower, I guess, to buck the system in this regard.

I don't know if I am prepared to deal with nasty comments from strangers....or my family when I visit them. They just won't "get it".

I wanna hear from other gals who don't shave their arm pits! How long have you been doing it?? What was your reasoning behind it?? AND did you feel super weird and gross when you first stopped shaving? Oh, and another thing!! What about the REST of your body parts ::ahem::??

Yeah....that's something else entirely. I like to be smooth everywhere else.

I don't want to give that up. But is it, like, absolutely pointless to stop shaving my underarms BUT continue to get Brazilian waxes? Like, will the wax lady look at me like I am creepy and/or insane for my questionable body hair choices??