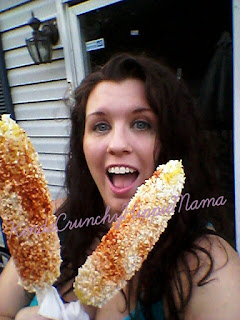 I thought Friday Flashback was a cutesy little name for a week-in-review post name. ::smiles::

We haven't been up to too much around here...we're pretty much homebodies during the week, so I'm sure that's kinda boring for you all to read about. But it's my life and what we do, so deal with it. ::wink::

So he got to open gifts!! Yay!! Now look, he's really really hard to buy for. I think he hates 98% of anything I've ever bought for him. Seriously. But this year the kids and I got him gifts that we KNEW without a doubt that he'd love: a hat (ball cap) and license plate that were personalized with his swimming pool business name on them.

Unfortunately, I'm not sure how he really feels about the license plate.

Darn it!! I thought that was a sure thing!!

But it's still sitting here on the shelf and not put on his car, so who knows....

But he loves the hat!!

We went out to the mall (his choice, folks!!) for lunch because he loves eating in Food Courts. I guess that's a good thing when you have a big family, so you're able to eat what/where you want. The more people you have, the more varying opinions there are on what everyone wants...

We did some running around to different Anna's Linens to get a bath rug that I needed. I hated to do it to him on Fathers Day, but I had just gotten an email that ALL Anna's Linens were going out of business and everything was on sale. I really did need the bath rug and they were the only store that carried it, so we had to go to different stores around Atlanta, looking for a store that had the rug. Which we found, thank God!!

See my pretty rug?? I love yellow!! It makes me happy!! 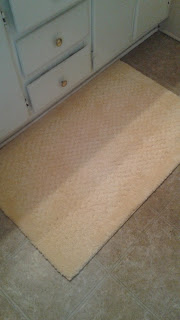 Then because it was 8,000-degrees outside, we bought the kids a new sprinkler to play with in the yard. We all ended up running around in it and getting all wet and having a blast!!

And that was the big action of the week...lol The rest of the week was pretty dull:

We played in the sprinkler and went to the chiropractor's office a few times.

I washed laundry, changed sheets and cleaned my bathroom.

I filed paperwork and let the little boys shred the unwanted paperwork with my paper shredder.

I also vlogged a little but I still have to upload and edit the videos.... 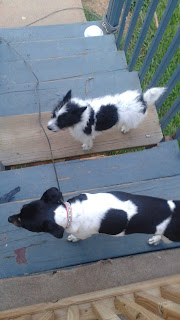 And that was OUR week!! How was YOURS??
Labels: everyday life Father's Day Flashback Friday Friday Flashback