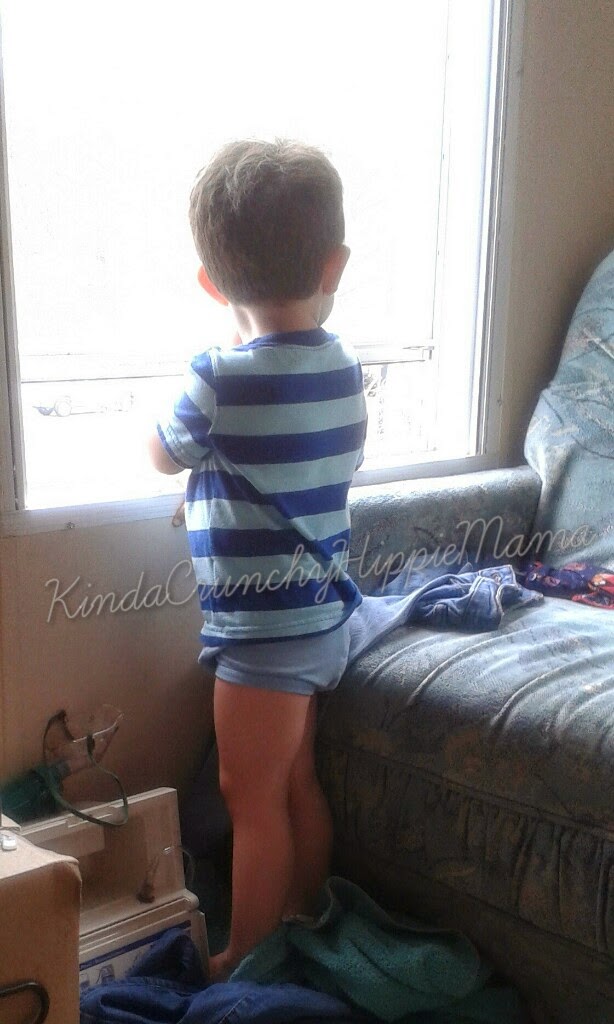 I am a firm believer in waiting until a kiddo is ready before beginning to expect them to catch the hang of the using the potty.

MJ potty-learned by the time she was 3

Christian was around 4. He had absolutely no desire to learn before that. And I was okay with that.

Austin taught himself at 18 months. I tried to keep him in diapers (I had just had Levi and was exhausted and not in the mood for making emergency runs to the potty) but he was determined.

Now there is Levi.

Levi will be 3 next month.

I haven't been pressuring him to use the potty but we do mention it to him, asking if he'd like to learn. He used to like the idea of potty learning about a year ago and was eager to jump on the potty. But that desire waned fairly quickly. I really don't mind changing his diapers. Potty learning is A LOT less challenging when the little one WANTS to learn.

If they are not ready, you're in for a lot of accidents and frustration.

Yesterday, out of the blue, Levi told me that he had to go potty.

I asked if he wanted to go on the potty and he said "yes", so I ran and got him on his little potty.

But it was too late, he had already pee-peed in his diaper.

That's okay, I said and put his diaper back on.

Awhile later, the same thing: "Me have to go poopoo" (he gets the words mixed up) and we ran for the potty. Again, we had just missed the opportunity and he went peepee in his diaper.

I thought that maybe wearing a pair of thick training underpants might be just the trick we needed to get the hang of the process. After all, he was getting the timing almost down pat...maybe feeling the wetness of underpants would do the trick...

So he proudly put on the underpants.

He'd think for a second and then say "no".

That's when it happened.

I was in the back bathroom with Austin when I heard the blood-curdling scream.

MJ had been playing on the floor, acting like she was dead. Don't ask. They're weird.

Anyway, apparently, Levi had....made a #2 in his underpants...then came and tried to SIT ON HER FACE!!!!

As I said: WEIRD.

I was calm with him...and uttered a phrase I don't think I've ever used before:

"We don't poop in our underpants and then sit on people's faces."

Soooooo....now we're back in diapers.

I'm fairly certain that by his not having the slightest qualm of going in his underpants and not telling anyone, that means he's just not ready for potty learning yet.