When the weather begins to change, little Austin begins licking his lips.

I put oils and lip balms on for protection, but they don't seem to work.

They just get red and sore and angry looking.

But I made the mistake of letting him eat an orange the other night while they were inflamed...and I regretted that decision with every ounce of my being.... 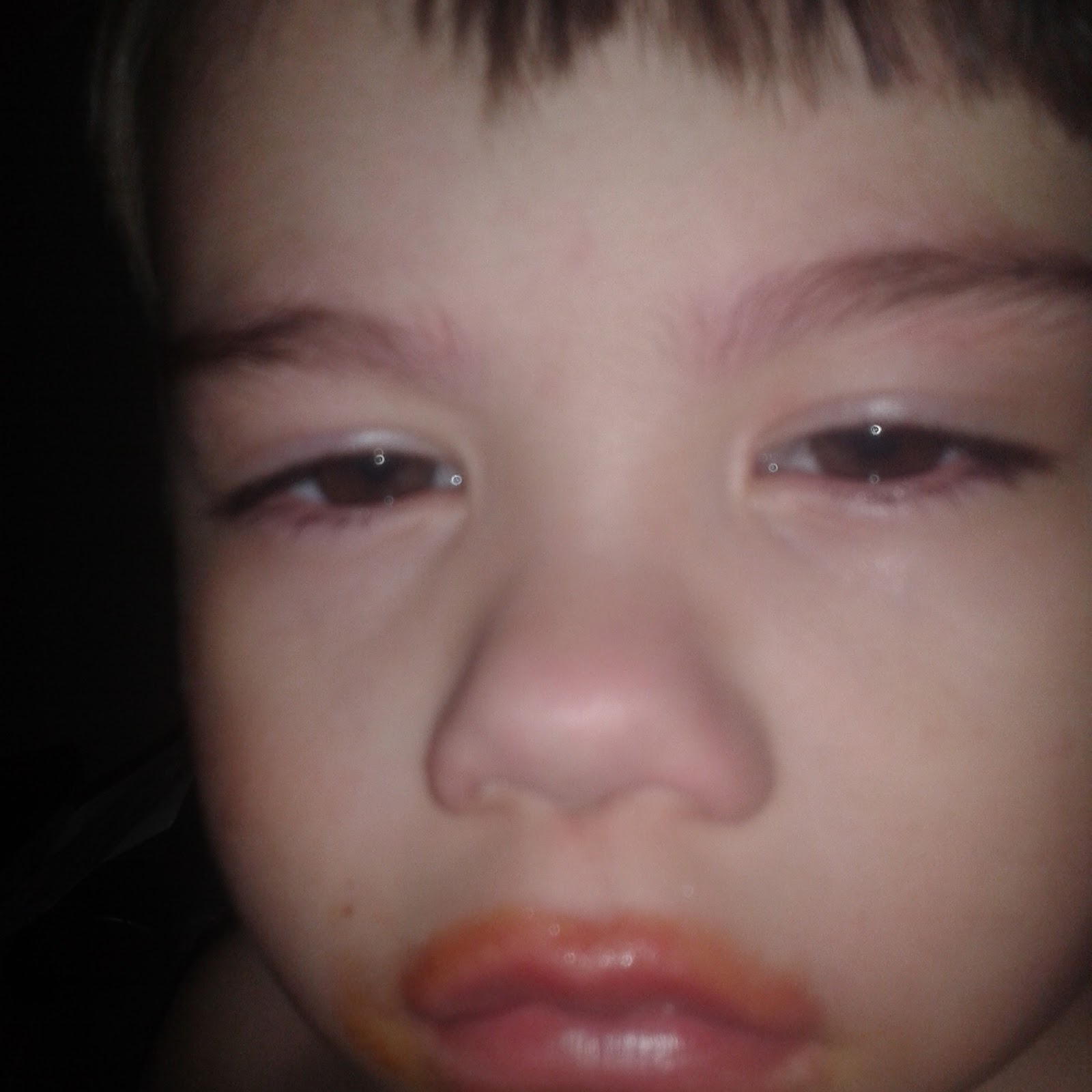 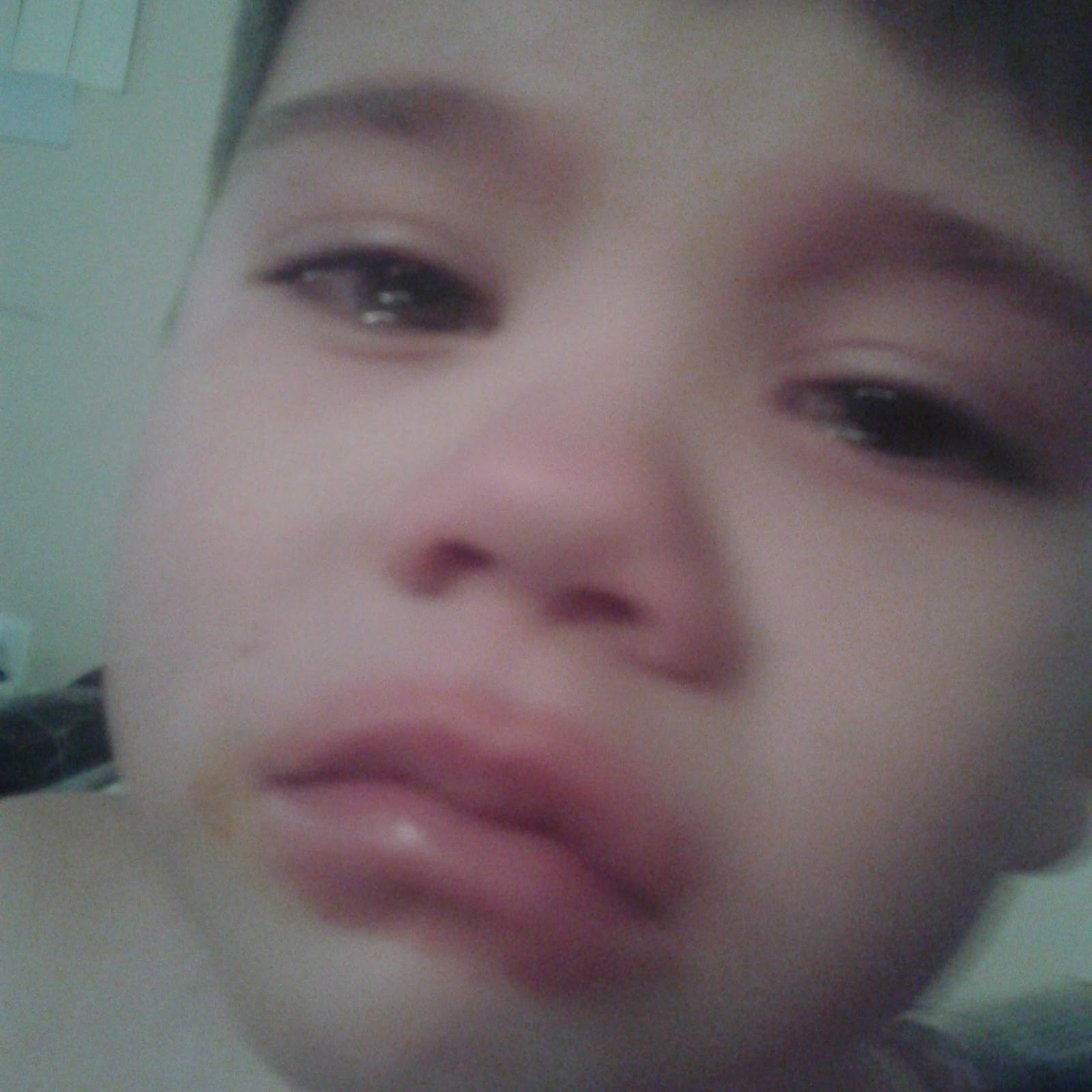 They were even bleeding, little blisters popping up....

He was screaming and crying.

I was at a loss for what to do until I remembered my aloe vera plant in the kitchen.

So I snipped off a leaf of it and rubbed it all over his inflamed lips.

The next day they were dried up and scabbed over.

The healing process had begun. 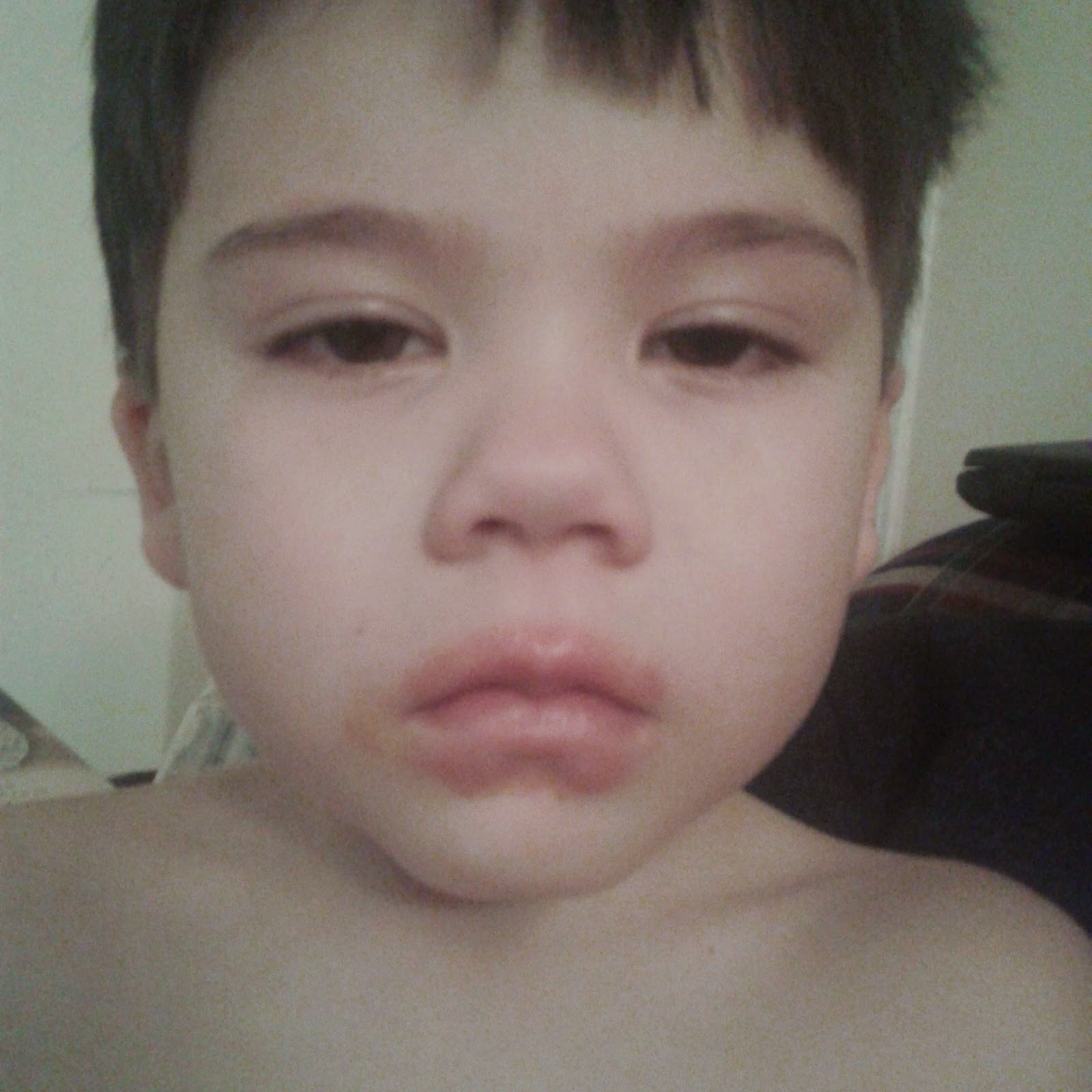 Does anyone else have lips that do this?

Antonio thought it was an allergy to citrus but his lips do this every year. I just think that the juice from the citrus irritated it.

He had pineapple juice the next day with a straw and was fine.

Now his lips are almost all the way healed.

Until weather changes again in the Fall.