Well, that garlic- and ginger-infused day that I had for the boys last week seemed to have kept the flu at bay (and helped AussieBear feel better)...but now we've been hit with a

Poor Levi was up in the middle of the night, unable to sleep because his nose was stuffy and runny and he felt warm to the touch.

His fever didn't feel too high and I know how important it is to let their bodies fight the infection with a fever, so I let him be. He didn't seem overtly uncomfortable, aside from not being able to suck on his binky because his nose was stuffy.

So I gave him a dose of Hyland's Cold & Cough for Kids NightTime formula.

I swear by this stuff. 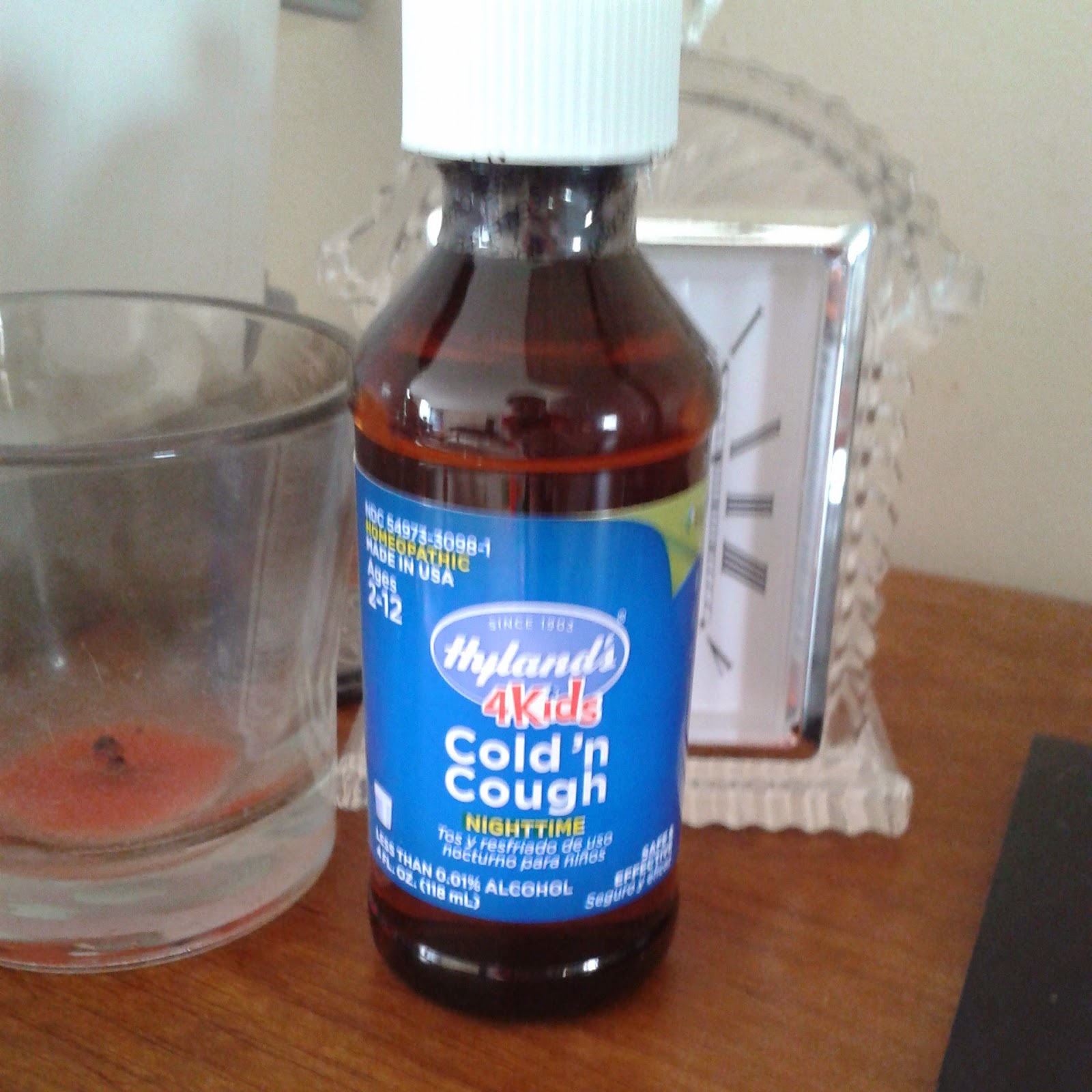 Oddly, I don't recommend the daytime formula. It doesn't seem to do jack for my kids. So I just use the NightTime formula whether it is day or night.

I also made him some of my garlic soup but he wasn't feeling it too much and AussieBear not only ate his own, but Levi's too.

But a healthy little piglet. haha 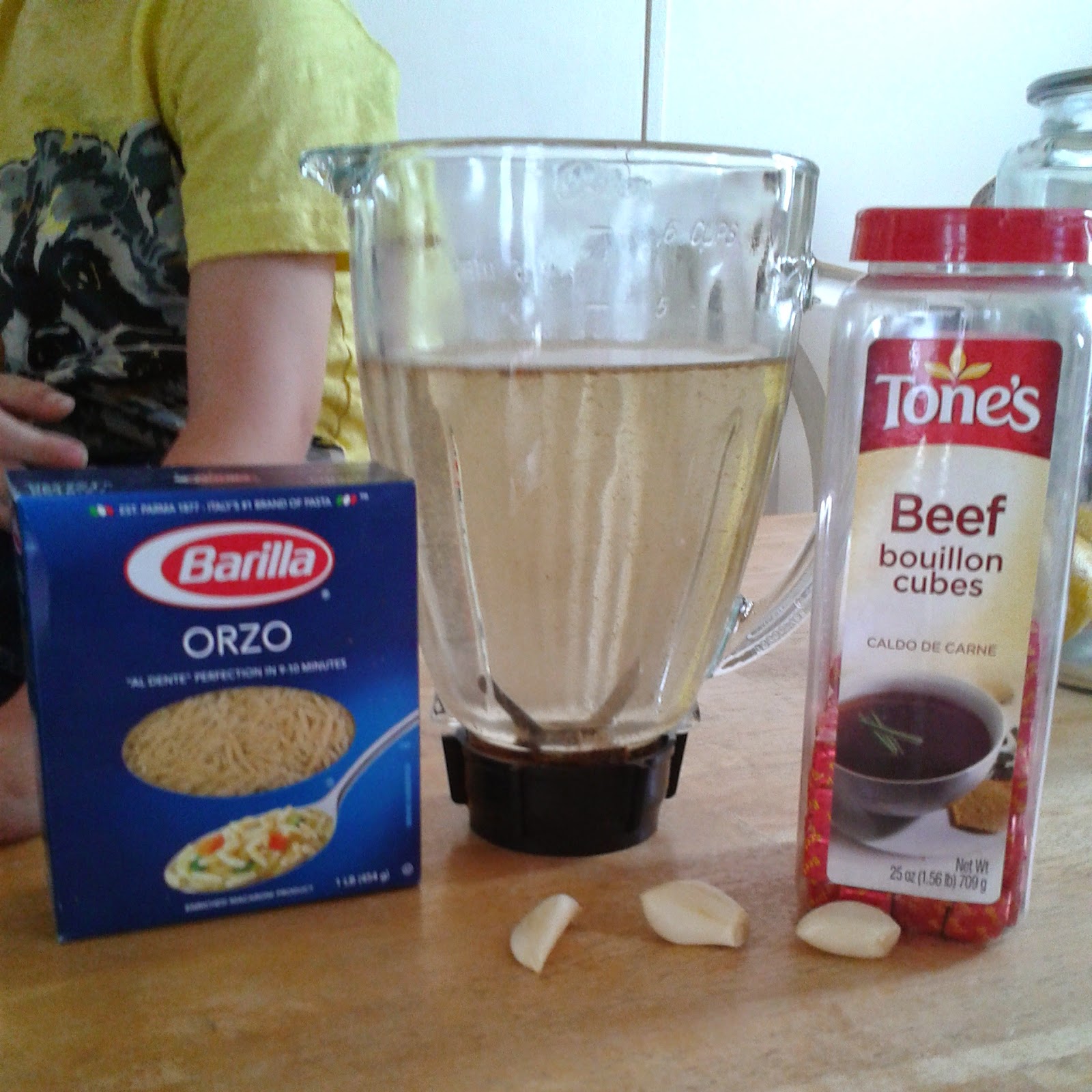 While I know that these aren't the healthiest options for making soup, it was easiest. And still much better than a canned soup. Notice the 3 fresh organic cloves. I blended the bouillon cubes and garlic in the water. Then boiled it and added the pasta to boil.

AussieBear wanted to do some schoolwork like his big brother and sister, so we worked a little on colors and shapes today. The colors are pretty redundant since he knows most of them already. But he still had fun with the workbooks. 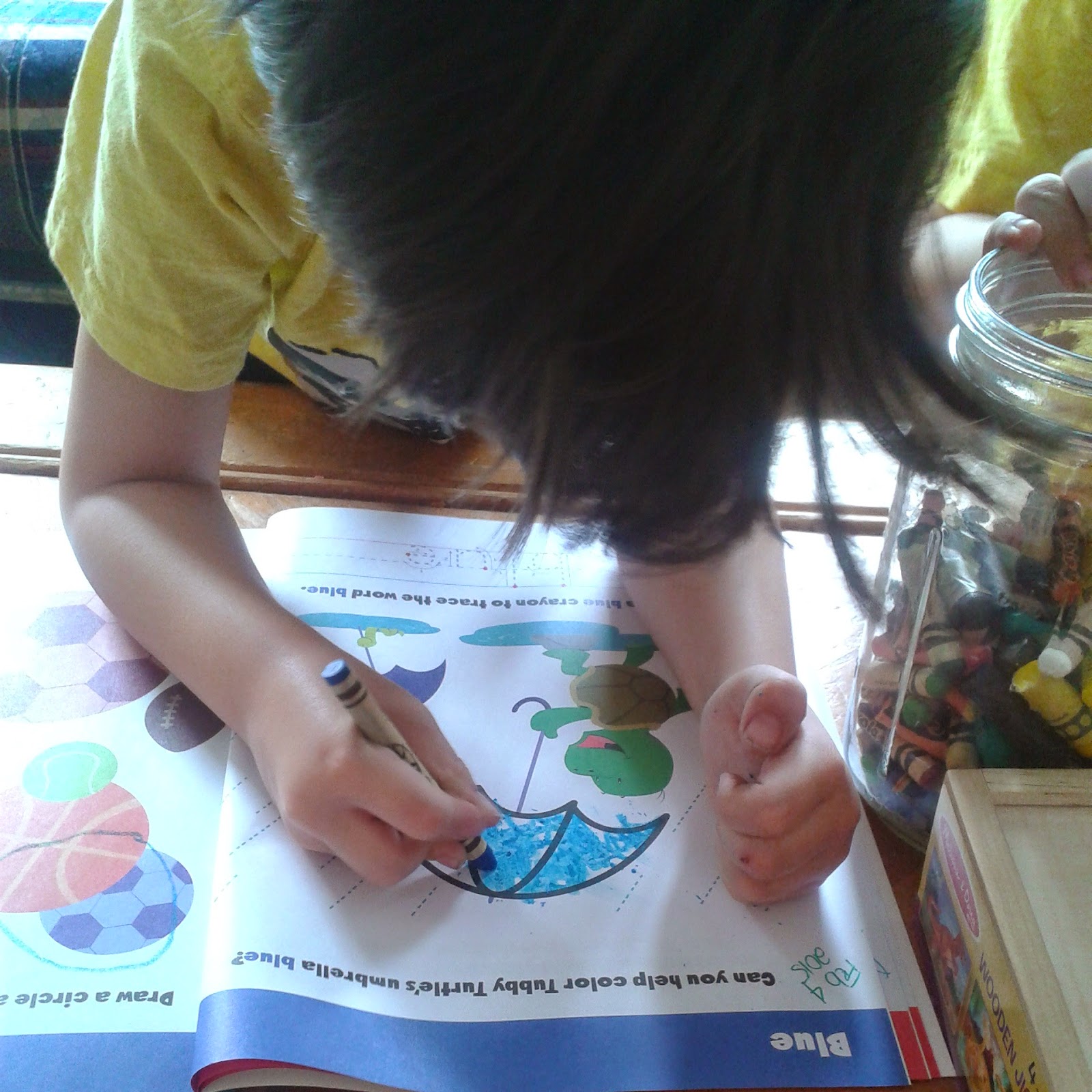 Levi, not to be one-upped, wanted to get in on the coloring action, too.

But he opted for Angry Birds. 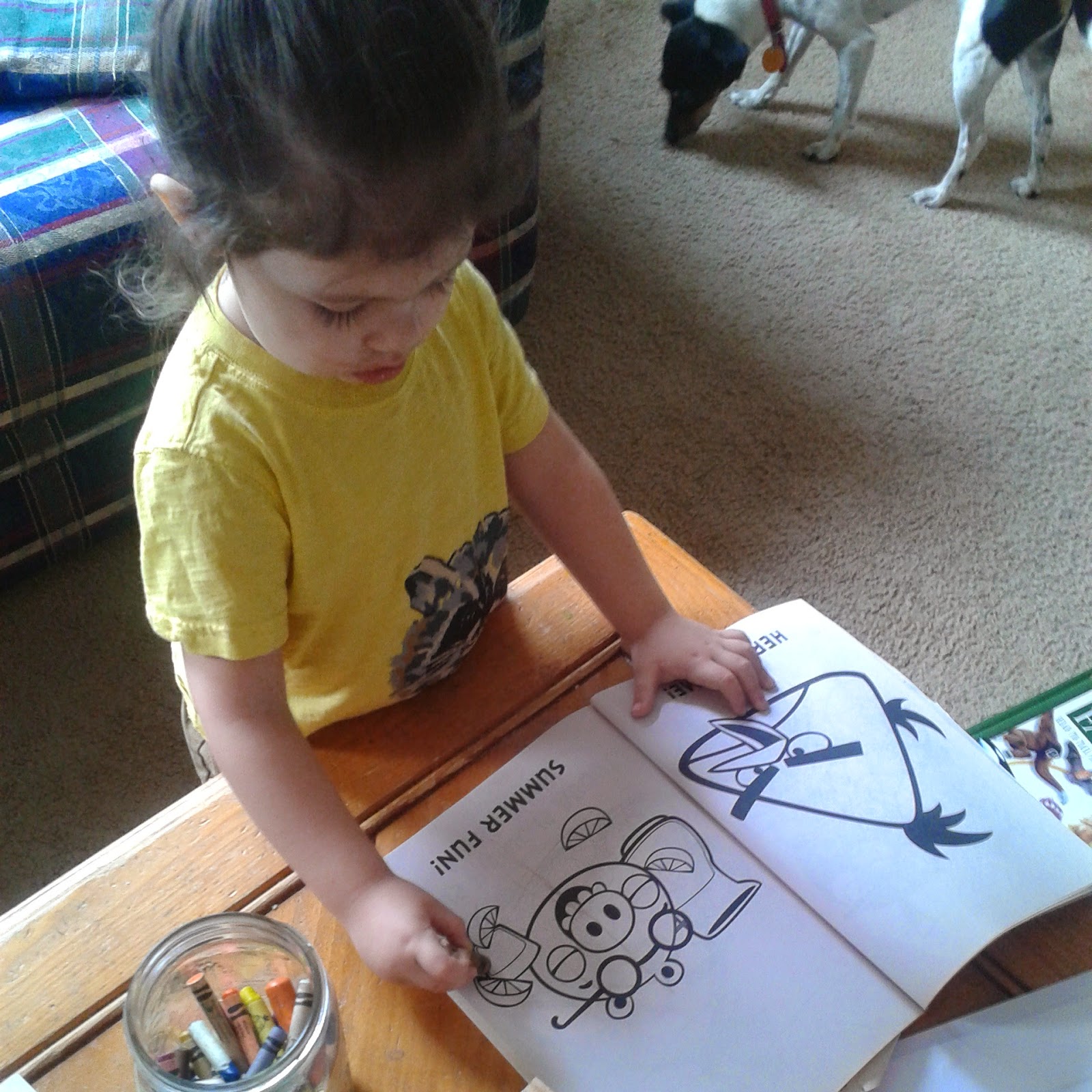 NapTime is now upon us but only Levi fell asleep.

But he's getting the sniffles, too, so he may end up passing out here soon.

MJ and Christian both finished their schoolwork.

MJ needed a bit of help with her math...charting inequalities on a graph.

But I'm getting pretty good at it with helping her.

She even mastered her assignments today and got a 100% on her math!

Now those 2 are showering and getting ready for church youth group.

What's going on in your house on this Wednesday afternoon?