Since cutting out the TV during the day, we have been really hitting the books!

Today's favorite books seem to be their Diego Rescues The Fish book and their rocket ship book. 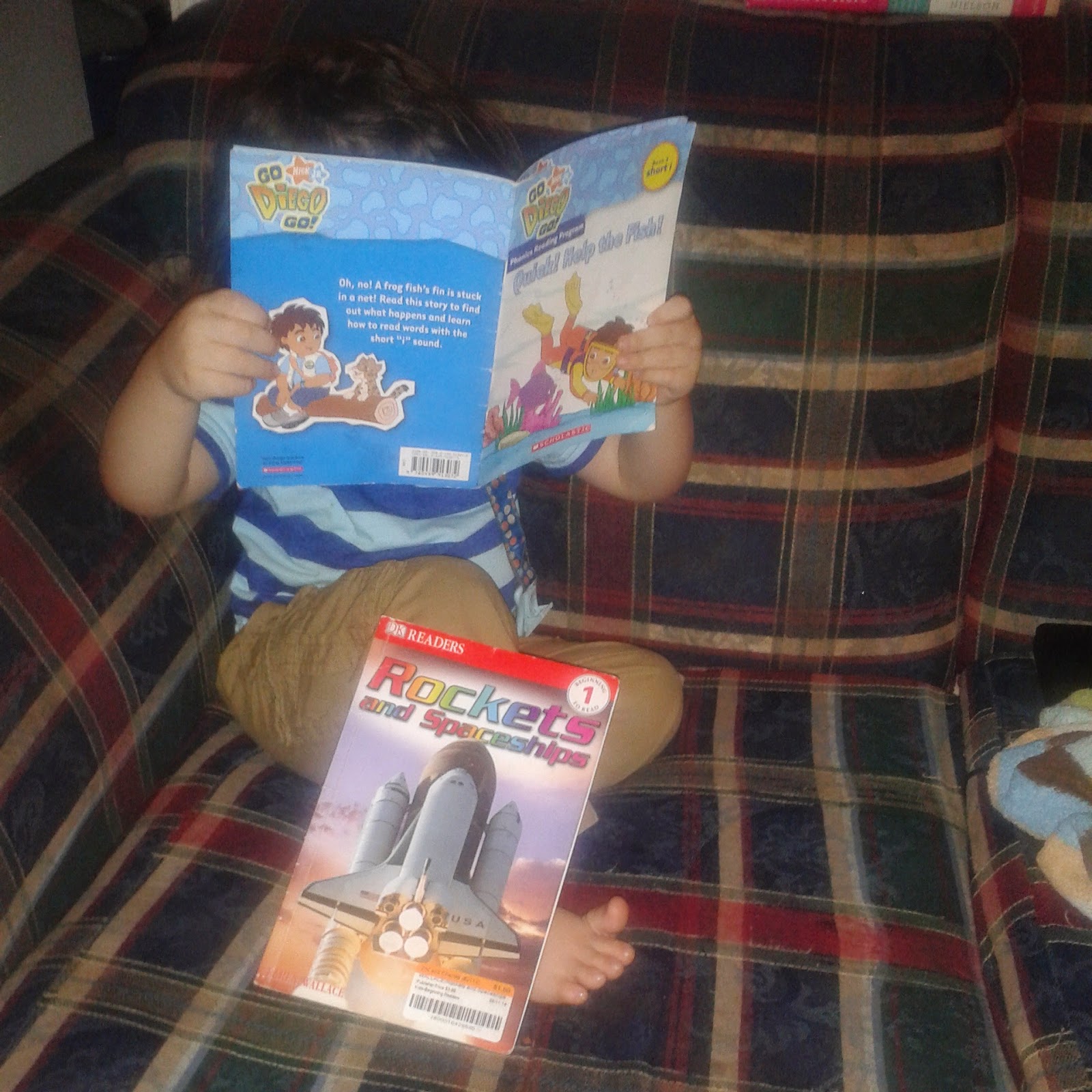 We read it over and over again.

And they weren't always in the room when I read it.

But if I stopped, they knew.

And I had to start over.

And then the boys decided to color Octonauts coloring pages. 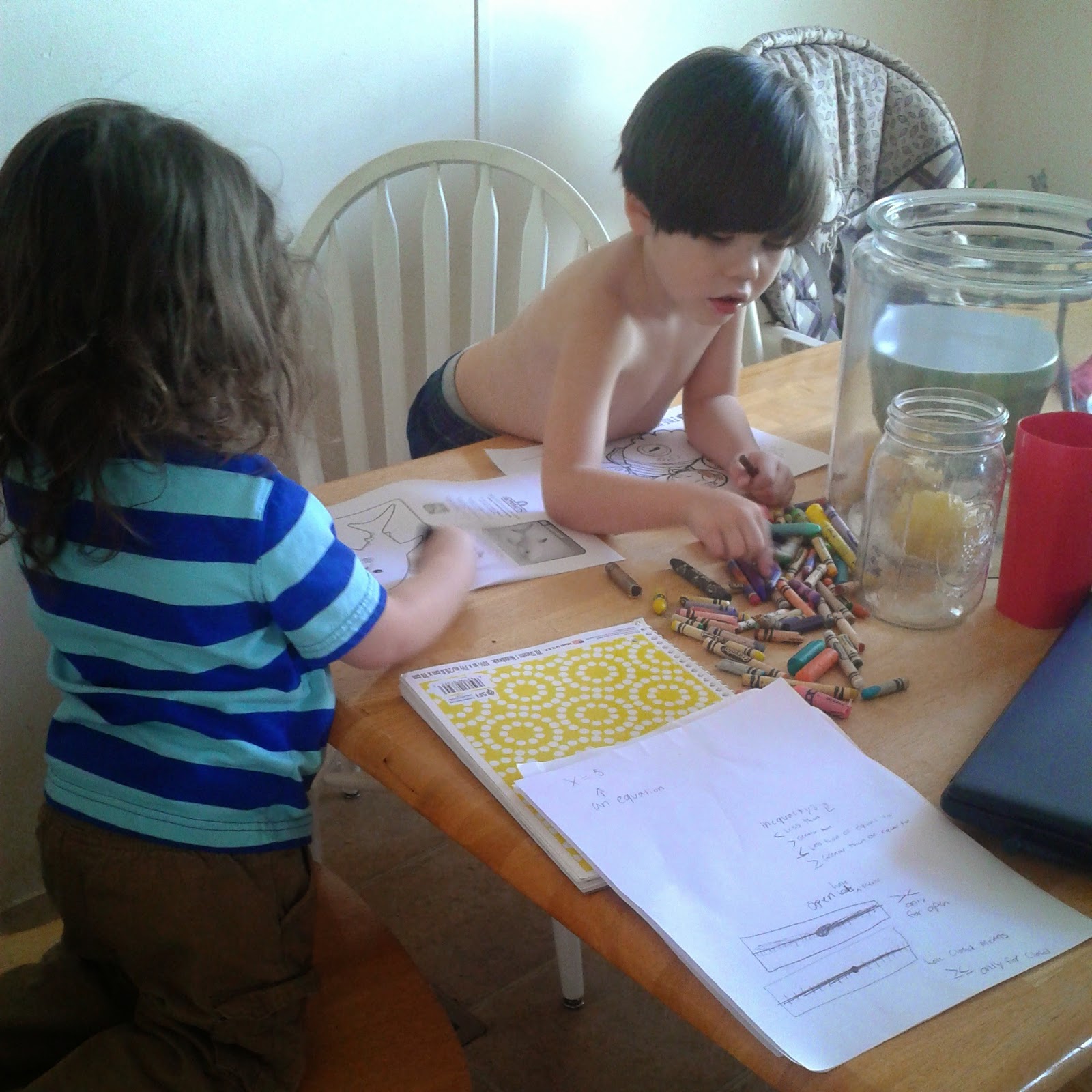 Levi loved coloring the Lemon Shark picture, while Austin was more into Dashie the dog.

We had a rough day with temper tantrums, though.

I think the culprit was sleepiness because they both took naps...Levi actually took two naps!

Very unusual for him!

Today, I had a HUGE juice for lunch.

I went with a green juice but then tossed in a beet. 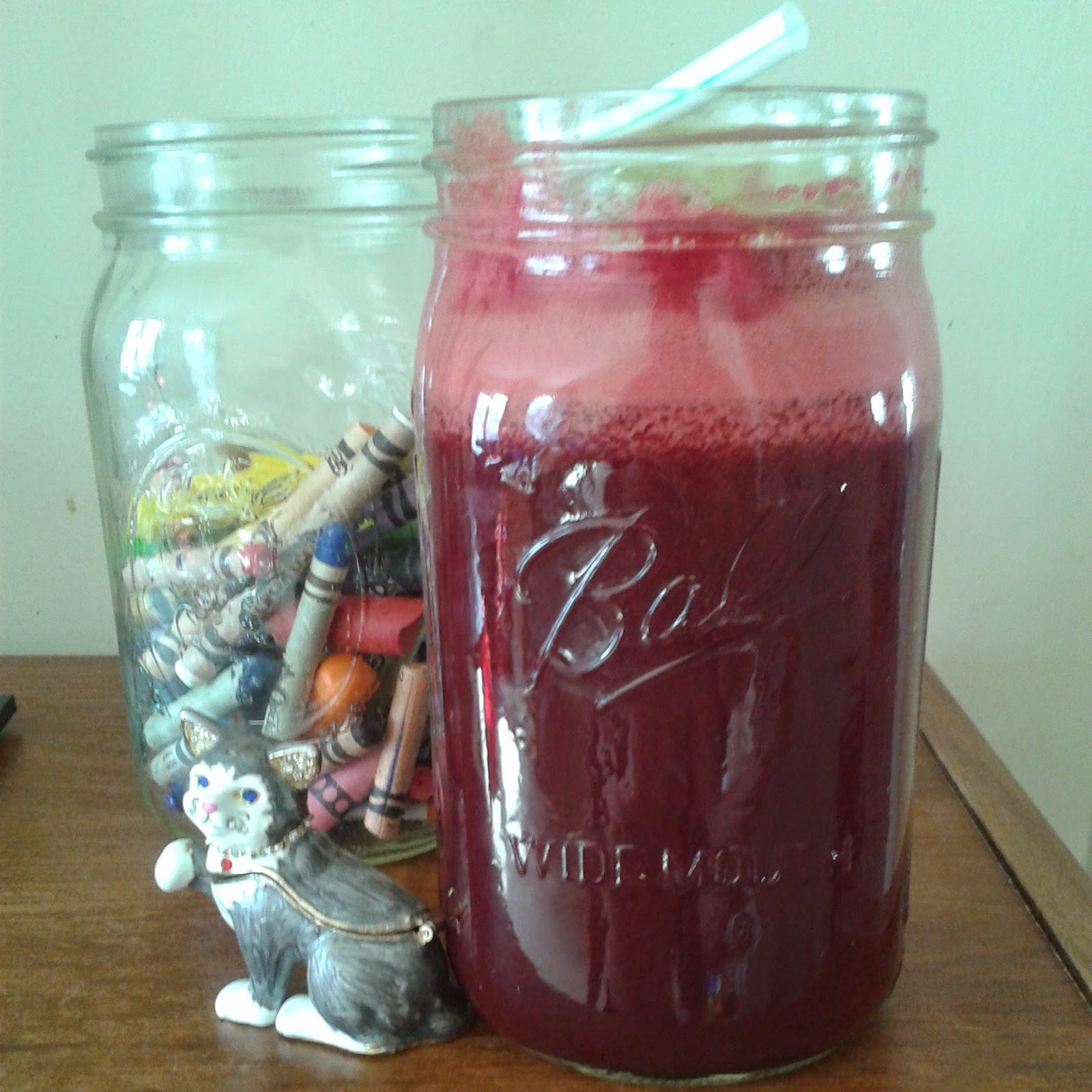 After Antonio got home, he sat down for a few rounds of "Go Fish" with MJ, while I cooked dinner.

She said that he's a cheater through and through. hahaha While we were eating dinner, it became abundantly clear that Gypsy has a serious problem with begging....it's becoming quite intrusive. She fits right in with this family...she is crazy about vegetables!

She is always trying to steal the veggie scraps that we give to Chowder, the guinea pig.

Well, that's all for now!

What's new in your neck of the woods?