Ok, so remember yesterday how I said that I had found this amazing product at the grocery store? Well, I didn't get to post about it because my 1 year old hijacked my phone to play Talking Tom. But I was able to steal it back today! Haha! Peanut butter sandwich trumps an annoyingly lovable animated feline!

Now, about my food crush...

It is called PB2. What it is, is basically they removed the oil from peanut butter, I guess they dehydrated it, because it's a powder. (so I assume you can't make sandwiches with it. But you can add it to baking recipes and smoothies!) Anyways, by doing so, they removed 85% of the fat & calories!

I had been avoiding peanut butter because I was afraid of the high fat content affecting my weight loss. But now I can get the best of both worlds!!

My regular PB has 190 calories.

My regular PB has 15g of fat (including 3g saturated fat)

How fricking awesome is that?!!

It's also lower in sodium & carbohydrates.

Now, the protein content is slightly lower than my regular PB (5g vs 7g), but I think the trade-off is TOTALLY worth it!

I saw it talked about online & was afraid that I would have to order it from an online venue. But, nope! It was right there in the peanut butter section at Walmart!

I've been adding this to my smoothies & it tastes exactly like peanut butter! Yaaaaay!

So, what do you think? Are you a peanut butter fan? Does PB2 sound like a fit foodie's dream to you, too?! 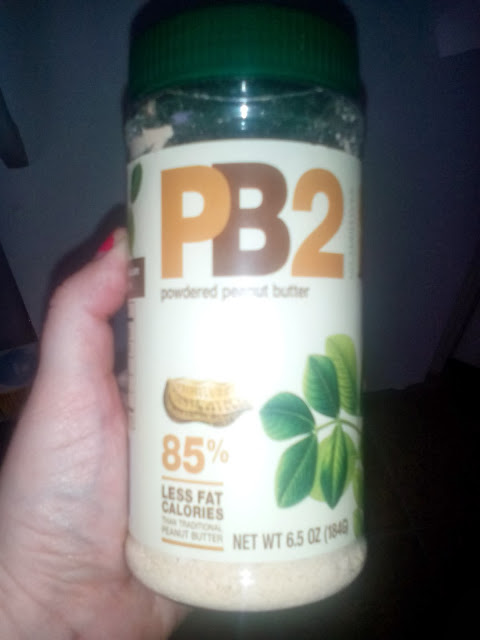